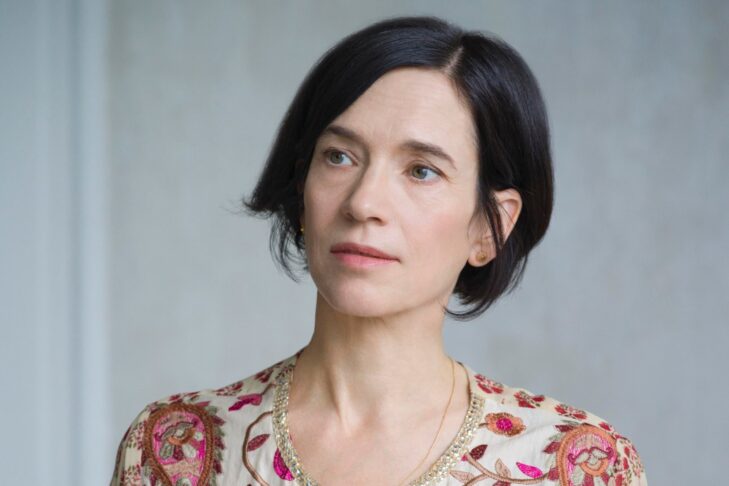 Elizabeth Kadetsky writes with tenderness and courage about her mother’s battle with Alzheimer’s disease in her new memoir, “The Memory Eaters.” For her work, the memoirist and fiction writer was the winner of the University of Massachusetts inaugural Juniper Prize for Creative Nonfiction.

Kadetsky’s mother, Michelle, raised Elizabeth and her sister, Jill, as a single mother in the gritty New York City of the 1970s and ‘80s. Of French Canadian descent, Michelle converted to Judaism when she married Kadetsky’s father. She was also a model who worked in Boston and New York at a time when another pandemic, AIDS, was sweeping through the fashion world.

“The Memory Eaters” is distinct for its lyricism and its intelligence, which includes references to mythology and literature. Kadetsky’s poetic prose highlights the challenges of caring for her mother, as well as the moments of joy that she and her mother experienced during her mother’s Alzheimer’s.

Kadetsky recently spoke to JewishBoston about promoting her book in a pandemic, growing up in New York City and the unexpected moments of clarity and love she and her mother experienced.

What’s it like to promote a book during a pandemic?

Like everyone else, I’m experiencing dislocation, chaos and trauma, and for better or worse, I have this project, which is to promote the book. People I know who already had projects that they could continue working on were glad to have the immersion into that kind of distraction. I’ve virtually met a lot of other writers who also have books coming out right now. Luckily, we have social media to keep us together and to make it possible to promote our books online. It’s been incredibly heartening to see how the online readership has shown up for events and to have bookstores excited about organizing those events.

What is the title of your memoir, “The Memory Eaters,” a reference to?

It’s a reference to the lotus-eaters in Homer’s “The Odyssey.” The chapter has our hero going off on a trip to an island, where the men get off the ship and eat a plant that makes them feel euphoric. It’s considered the plant of “forgetting.” Some translations make that clearer than others. Some of them translate it as a kind of opium. But the front quote in the book is actually a quote from “The Odyssey.”

My mother was an acolyte of mythology. So, that myth also plays into the myth of Persephone and Demeter. When Persephone goes to the Underworld, her mother, Demeter, searches for her. It turns out Persephone has eaten the fruits and drunk the waters of the river Lethe, which are also the foods of forgetting. It’s this deep, archetypal idea that we all have it in us to want to forget. So, for me, one of the memory eaters in the book, in even a positive way, was nostalgia. Nostalgia allowed me to see the past in a different light, and use the past and my memories as an escape from the present.

One of the premises of the book is that my mother had a hidden past that caused her to act in a traumatized manner the whole time I was growing up, creating these mysteries for me. The book became a quest to find out what the trauma was and why it was that when she came down with Alzheimer’s, it seemed almost a natural progression of the way she had already been. 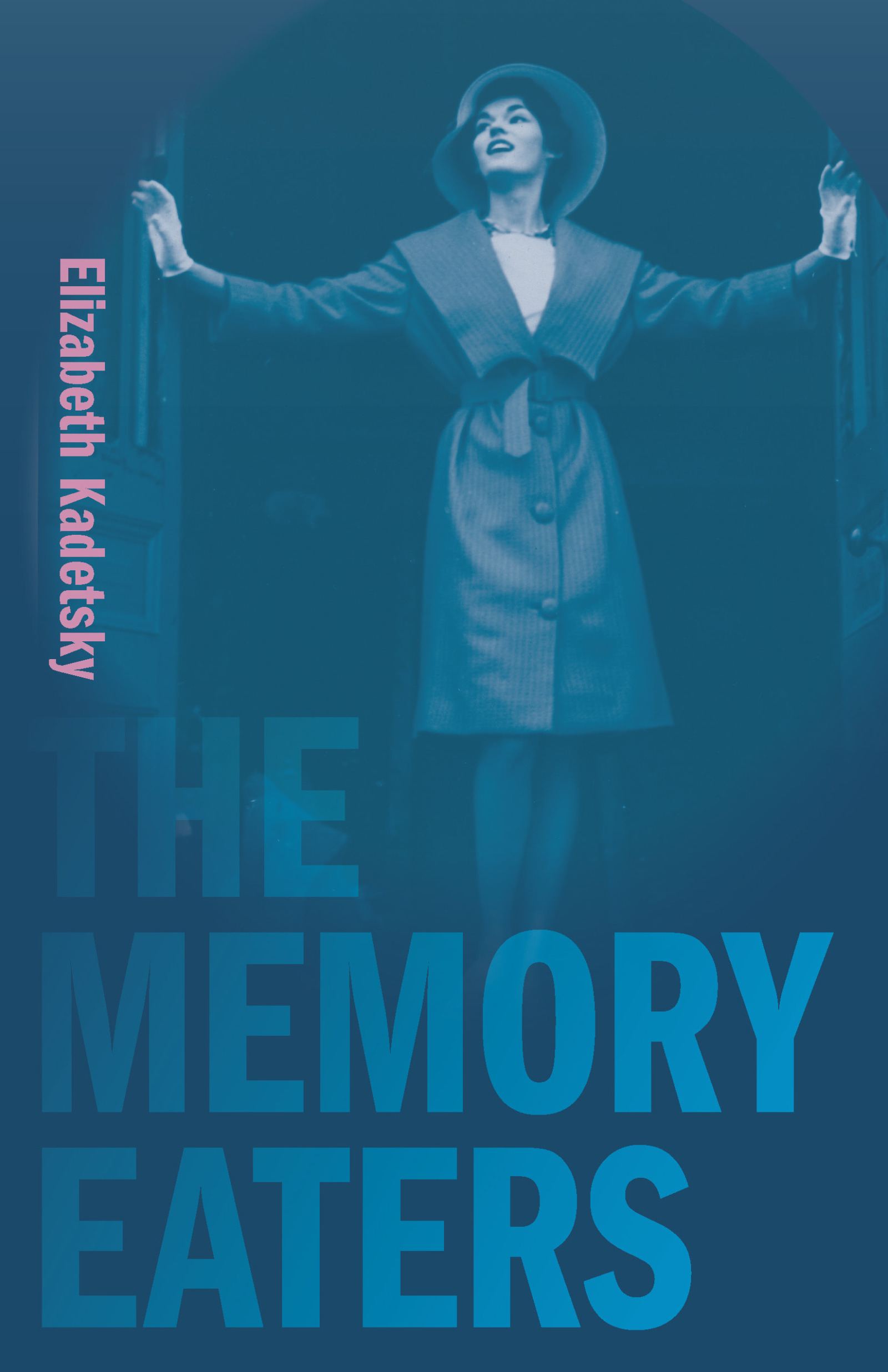 You came of age in the New York of the 1970s and ‘80s. What are some of the memories that have stayed with you from that time?

To me, the legacy of the Holocaust was omnipresent. In the building where I grew up, there was a shop downstairs, and the couple who ran the shop were survivors from Germany. They both had the numbers tattooed on their wrists. There was this almost normalization of the fact that the Holocaust had happened, and it was this living history all around us.

That couple was not the only people I noticed who were tattooed. My mother, who was in the fashion industry, also put us close to the shmate [garment] trade. We were always down on the Lower East Side looking around in the old shops. You hear these accents from Europe and know this horror, which wasn’t spoken about, but that I certainly knew as a young person was everywhere. To me, New York in the ’70s was living in a mass post-traumatic stress from World War II. Another irony is that the first cases of AIDS were beginning to show up in the fashion industry.

You worked on the book for over a decade. Did anything surprise you while you were writing it?

I didn’t expect the Alzheimer’s to take my mother so quickly and so swiftly. She was in great physical shape. She had a healthy diet, she exercised, and she had a great attitude when she was diagnosed. As much as the reality was scary and suggested bad things to come, the day-to-day reality, at least at the beginning, didn’t suggest how quickly things would turn.

There was also this lovely side of care-taking a person with Alzheimer’s. It required one to be in the moment and find the positive, which wasn’t so hard. But that period didn’t last as long as I expected it to, so that was one surprise. Another surprise was that Alzheimer’s is always described as forgetfulness, or a disease where you lose your memory, but it turned out that’s actually not what it is. It’s about your brain no longer functioning. For my mother, that meant she was disoriented. Her language wasn’t working, which is a fundamental part of how the brain works. At a certain point, she was always lost. If I were the person writing the narrative of Alzheimer’s for our culture and defining what it is, I wouldn’t call it a memory disease; I would call it a disease of being lost.

What do you want people to take away from your memoir?

I want the book to be about how people can use memory—family memory, ancestral history—in positive and negative ways. The negative ways are the feeling of what happened to your parents, or what people did that was not fair in your family or to your family. These are stories that can end; they do not own us. We can put an end to the secrets and start making choices about what the burden of the past is on us. You make your own story. You can choose how to tell these stories in a way that is helpful and healing for other people, for yourself and the world. 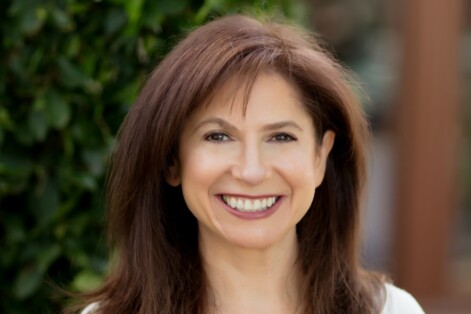