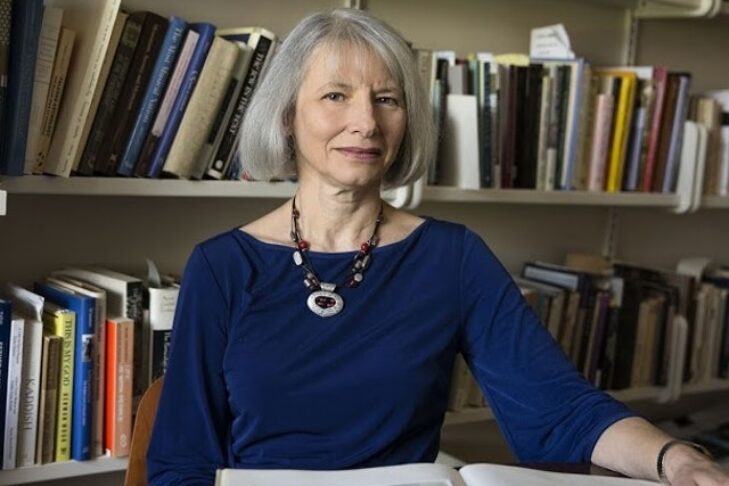 A rabbi, anthropologist and professor of religious studies at the University of Virginia, Vanessa L. Ochs deploys the wisdom and knowledge inherent in her roles in her new “biography” of the Passover Haggadah.

Part of the Princeton University series “Lives of Great Religious Books,” Ochs’ compact yet powerful book, “The Passover Haggadah: A Biography,” takes an “unabashedly” 21st-century approach in looking back at the history of the Haggadah. She grounds readers in the story of the first Passover. She covers the history of this iconic Jewish text from its first appearance as a written text in the ninth century to its evolution as a work that can incorporate many post-modern themes, including feminism, climate change and civil rights. A superbly curated history, Ochs’ new book is a highly satisfying exploration of this staple of Jewish works.

Ochs recently spoke to JewishBoston about all things Haggadah, including the first Passover that occurred just before the Exodus and the Haggadah as a reflection of ongoing Jewish history.

What are the origins of Passover?

The first Passover that we read about is the Passover in Egypt, which has some virtual aspects to it. Virtual-ness is always part of Passover, so the first Passover in Egypt is sacrificing a lamb to God and eating it. [To that end], there are two virtual parts that happen. No. 1 is the belief that you can burn up a lamb, which makes God happy and constitutes proper worship. The second virtual aspect is taking the blood and making a mark on the door—believing that serves as a sign, a virtual sign, or as a sign to an angel of death that you can’t see who will know to preserve the life within this house.

On that night, we’re told to gird our loins and have our sandals on, but it’s not as if we’re actually going right away. Even before we need to dress like that, we’re symbolically dressed to go. The most curious part of that very first Pesach is that we’re told about Pesach for the generations. That before we’ve even survived that night and even left home and even crossed the sea, we’re told that we’ll be telling this story of our slavery and our miraculous rescue for all times to come. That’s a profound act of the imagination. It’s hard to know exactly how Pesach is marked in the years of the desert, but we do know that in the times of the temple, the holiday becomes a pilgrimage holiday.

With virtual experiences prevailing in these times, it seems to me that the Passover seder is a cornucopia of virtual acts.

Yes! Instead of going to the temple and slaughtering a lamb, we have a little piece of a shank bone. The horseradish is no longer a condiment that we have with our shank bone or with our lamb; it stands in for the bitterness of slavery. Studying Torah on that night or studying the Torah story, usually through the lens of midrash or rabbinic storytelling, is also part of the ritual. However, the part in which we see tremendous improvisation is mapped onto a Greco-Roman symposium.

The idea of learned people gathering together to drink, to share their learning, to have good food, to recline, is so not the Passover of the pilgrimage festivals. It’s such a different kind of gathering, and now when we think of, “Oh, let’s have a virtual seder,” that idea of sitting around the table is already such a virtual Passover. Our tabletop becomes an altar. Our table is not really an altar; it’s a virtual altar. And when we sing Hallel together at our tables, it’s to compensate for the Levites not saying it. 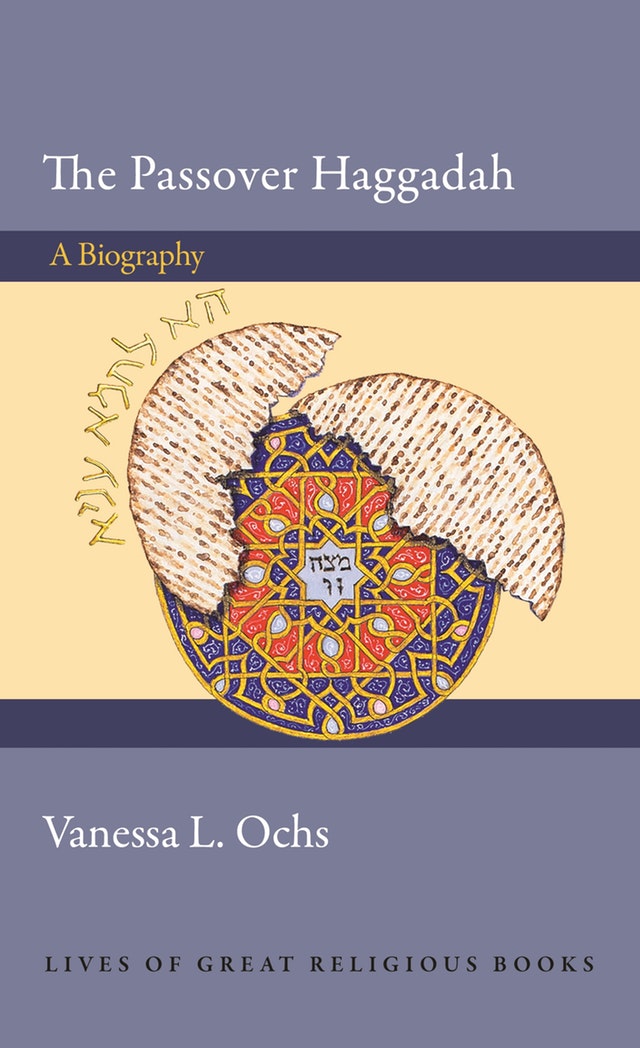 When did a written text of the Haggadah first appear?

Around the ninth century, Jews are asking their sages to give them something written, and the rabbis grudgingly agree. Those texts are not a freestanding book called a Haggadah. Rather, they’re included in prayer books, so we don’t have a freestanding text for quite a while. And the reason people are asking for those written texts is that what they’re supposed to know by heart, they don’t know. They don’t necessarily know the Exodus story in order to tell it, and they don’t always remember what the worship is supposed to consist of and what order to do it in.

By the time Maimonides writes down a text in the 12th century and in his Mishnah Torah, he offers his own authoritative Haggadah text. There are parts of that text, which are not necessarily all that familiar to us. One thing for sure is that in Maimonides’ text, Moses does not appear. That’s because he doesn’t want children to think that God needed Moses for help. Maimonides says that intelligent children would be able to comprehend that help from a man as great as Moses did not diminish God’s power.

The Haggadah reflects where Jews have lived and the languages they spoke.

There are many reasons that Haggadot have proliferated from the very start. Wherever Jews have lived, there have been Haggadot, which reflect those places and those languages. Once there’s printing, then there are translations in Haggadot, so people can also say the words and learn the words in their vernacular. Some of the printed Haggadot have multiple languages.

Jews practice in different kinds of ways so that there are different rites of the service, and different Haggadot have reflected the diversity of practice. Then there’s history that reflects the lives of Jews in the Crusades and our experience in the Holocaust. The Six-Day War is in the Haggadah, and Word War II also finds its way into a seder and into the Passover text. As feminism becomes a reality, and LGBTQ concerns surface, our Haggadot might have gender-neutral and gender-free language. We encompass new practices such as Miriam’s Cup, the orange on the seder plate or the beet on the seder plate, which represents the vegetarian alternative to the shank bone.

In order for a parent or community leader to tell the story convincingly, they have to speak to the current moment. There are thousands and thousands of versions, and they’ve all been reflecting new places, new languages, new practices, new times and new histories. This reality makes the Haggadah so unlike any other Jewish sacred text that essentially stays stable.

The Haggadah is a book that reminds a parent that your obligation on the holiday of Passover is to tell the story of the Exodus from Egypt to a child in such a way that the child understands it’s the most important story their people recall. That it’s the story of our identity, and because it becomes our story, not just our ancestors’ story, it requires us to have sensitivity. We were strangers, and we need to have a special kindness to others who experience enslavements or neediness. If a Haggadah sits on the table and says to you, “Tell this story really well to your child in such a way that it gives your child identity, and also the obligation to act,” then it has done its job. 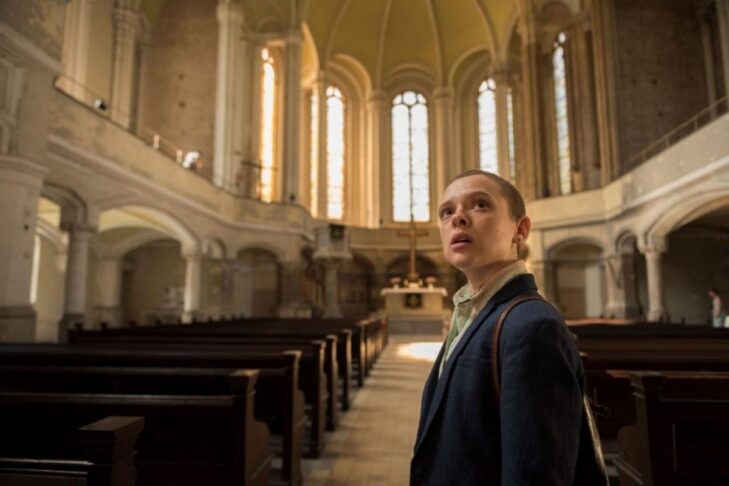 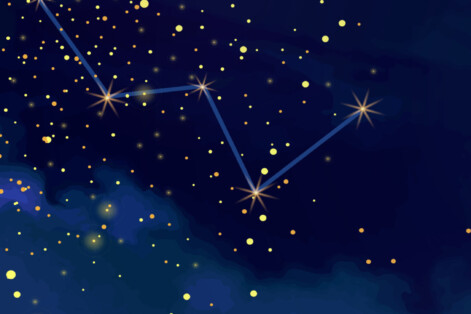 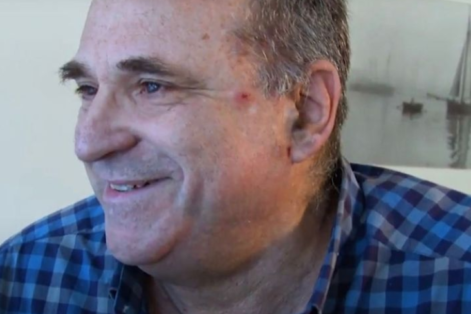 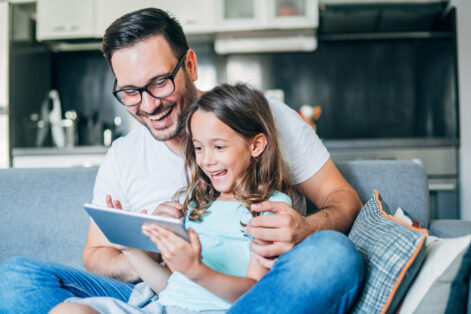 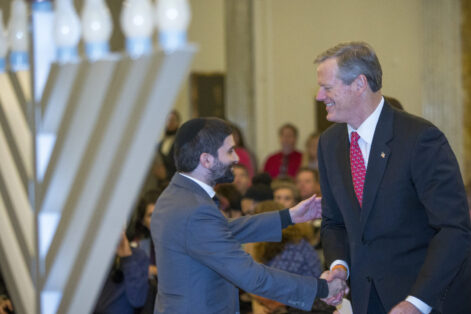