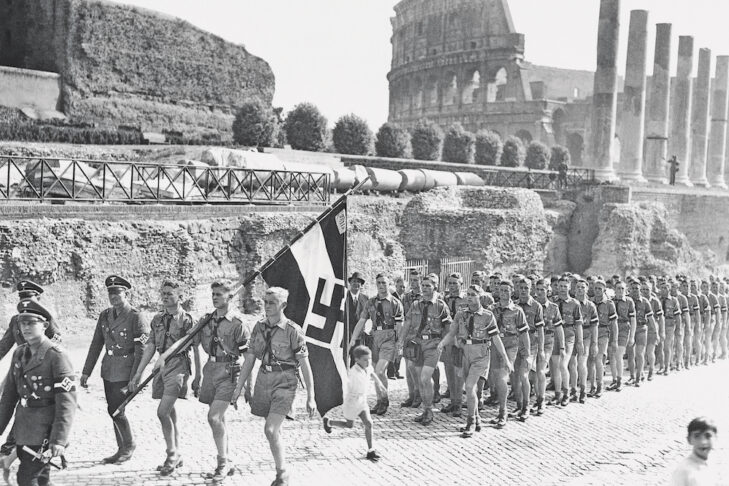 Here are picks from the final week of the Boston Jewish Film Festival.

The Fatabenefratelli Hospital in Rome sat on an island in the middle of the Tiber River. Just across from the Jewish ghetto, the hospital became a flashpoint in 1943. As the Nazis raided the ghetto in October of that year, a dozen or so Jews were the first refugees housed in the 450-year-old hospital. The hospital’s director, Dr. Giovanni Borromeo, didn’t hesitate to help. Before the Nazi occupation of Rome, Borromeo hired physicians who had been discriminated against because they were Jewish or anti-fascist. A devout Catholic and also an avowed anti-fascist, Borromeo and his staff admitted the Jewish patients as victims of “Syndrome K.”

Syndrome K, a tongue-in-cheek designation, was named for Albert Kesserling, the German officer overseeing Rome’s occupation, and Herbert Kappler, the de facto police chief of Rome who oversaw the mass killing of Italian Jews and Italian political prisoners in 1944.

Syndrome K was invented solely to save Rome’s Jews. Borromeo and his colleagues designated it as a highly contagious disease so that patients had to be quarantined in a separate part of the hospital. The ruse worked well enough so that the Nazis were afraid of risking exposure when they inspected the wards. Watching “Syndrome K” during this current pandemic is a striking reminder of the all-too-real COVID-19.

Numbers vary on how many Roman Jews survived due to Borromeo’s efforts. Some estimates put the number of survivors anywhere between a dozen and just over 100. Borromeo died in 1961, and Yad Vashem, Israel’s memorial to the Holocaust, recognized the doctor in 2004 as one of the Righteous Among the Nations—an honor given to people who are not Jewish yet risked their lives to save Jews during the Holocaust. The International Raoul Wallenberg Foundation recognized the Fatabenefratelli Hospital as a “House of Life” in 2016.

The story of Syndrome K is surely one of the more unusual stories of the Holocaust. While the documentary earnestly conveys Borromeo and company’s extraordinary story, the film could have done without the artifice of staging scenes. Archival footage and interviews would have been enough to tell this remarkable story.

“The End of Love” 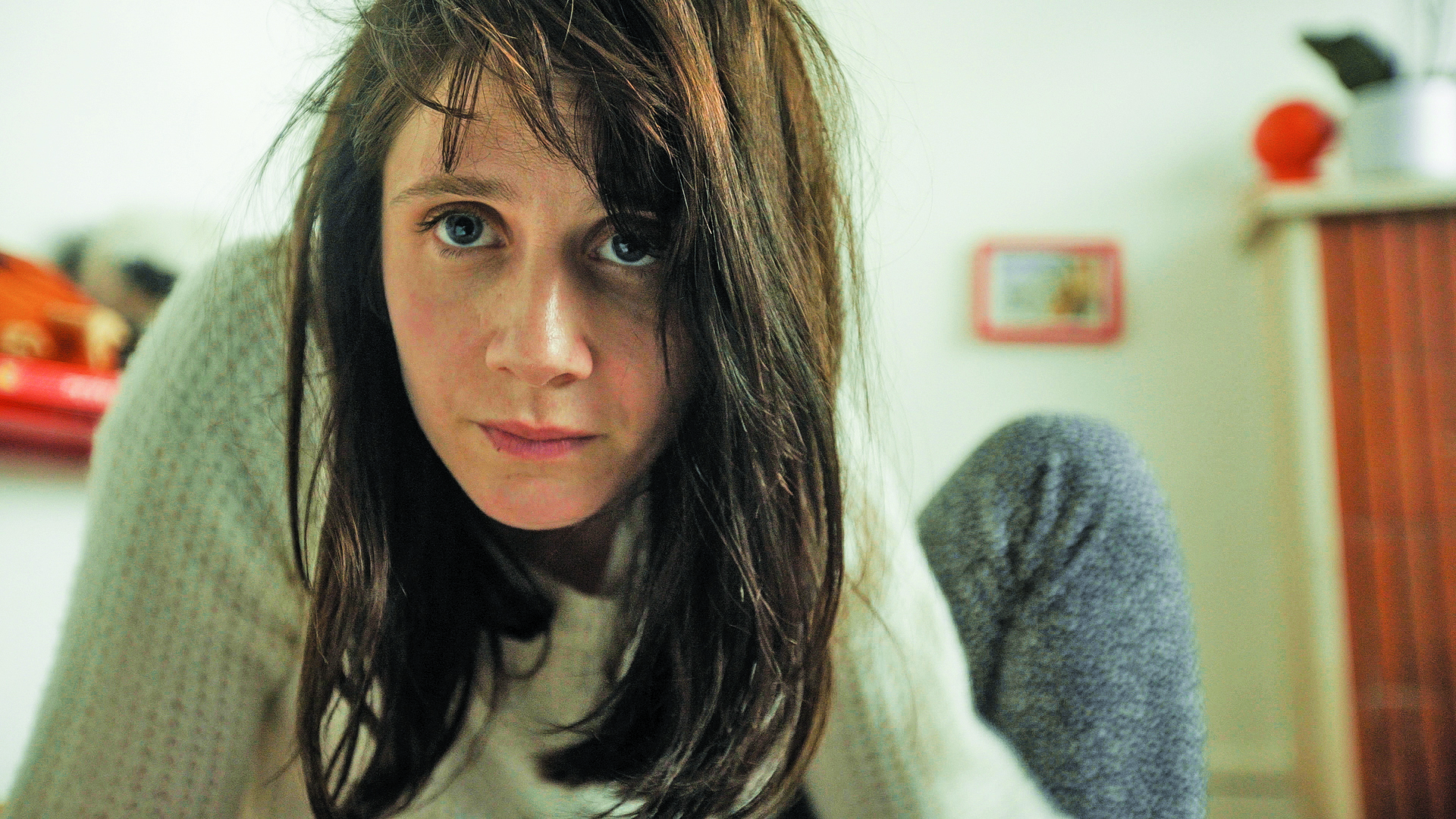 “The End of Love” (Promotional still)

Israeli director Keren Ben Rafael’s second feature carries an unintentionally eerie resonance in the pandemic era. Julie and Yuval are married and the parents of a baby boy named Lenny. Julie, who is not Jewish, is a French architect, and Yuval is an Israeli photographer. The two decide to settle in Paris until Yuval returns to Tel Aviv to renew his visa. They endure their separation by going about their daily routines over Skype. The opening scene of “The End of Love” dramatizes the uniquely modern pitfalls of this strategy; the couple is making love separately and together until Lenny’s cries interrupt them. It’s a familiar scene with a twist in that Julie and Yuval are in separate countries.

At first, the video calls are romantic. Yuval sweetly serenades Julie with his guitar, and he coos at his son. The couple flirts and has pseudo spats over which they laugh. Things turn tense as Yuval’s visa has been delayed, and Julie parents alone. Her exhaustion as she cares for Lenny and tries to complete an important work project takes a toll. Yuval is hesitant to return to Paris, where his job prospects are next to none. The Skype calls are increasingly fraught between the couple.

The tension is exacerbated as their unraveling exclusively plays out over their digital devices. The situation may feel close to home for viewers virtually accessing the film. They will relate to it as COVID-19 continues to prevent in-person contact with friends and loved ones. The film’s sad irony is crystal clear: technology is a poor substitute for true connection and actual touch. 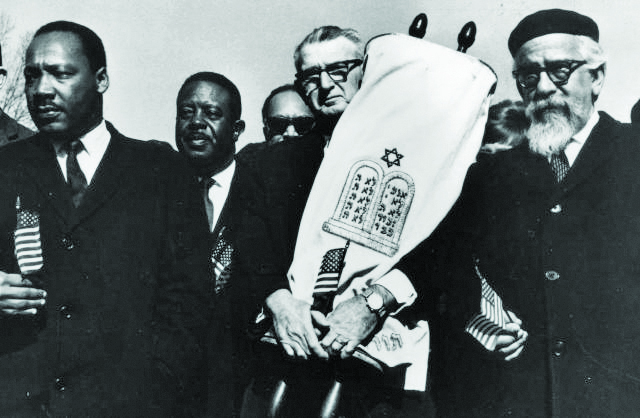 In the wake of America’s latest reckoning with systemic racism and rising antisemitism, Shari Rogers’ documentary, “Shared Legacies,” carries a beautiful message about coming together. Full of extraordinary archival footage and touching reminiscences, the documentary focuses on the coalition that African Americans and Jewish Americans built in the civil rights era. Rogers also drives home the point that the basis of the strong alliance between African Americans and Jews is one of the shared traumas of people who were once enslaved.

At the center of the film is the iconic friendship between Dr. Martin Luther King Jr. and Rabbi Abraham Joshua Heschel. Their mutual love and empathy in the face of hate and violence were sources of great comfort and understanding. The documentary also devotes time to presenting Boston-born Kivie Kaplan. Kaplan was president of the NAACP from 1966-1975 and reemerges as the important civil rights figure he was. In the film, his son recalls that his father was moved to act for social justice after a trip to Florida, where he saw signs in hotels that read, “No Jews, no dogs.” When he mentioned the notices to the Black cabbie driving him around Miami Beach, the man told Kaplan that people didn’t even bother to mention “negroes.” It went without saying that Black people were not welcomed in white southern establishments.

The Jewish community’s stake in the fight for civil rights was raised after the 1964 murders of Andrew Goodman, Michael Schwerner and James Chaney. The three men were registering voters in Mississippi when a sheriff stopped them for a traffic violation. The Ku Klux Klan got wind of the bogus arrests and killed the young activists. In an archival interview, the late writer Maya Angelou noted, “America was not used to white men killing white men because of Black men.” Goodman and Schwerner’s deaths were a wake-up call for the Jewish community and a clarion call to action for all Americans. Rogers suggests that the tragedy was influential in the 1964 passage of the Voting Rights Act.

The solid bond between Black people and Jews began to fracture after King and Heschel’s deaths. “Shared Legacies” is a compelling reminder of the necessary and ongoing work of repairing the damage. The documentary is a paean to recovering the shared aspiration of eradicating racism and antisemitism.

At the beginning of each of the 12 episodes of the Israeli miniseries “Unchained” flashes the following notice:

Jewish law allows a woman to divorce only if her husband grants her a gett (a Jewish bill of divorce). Even if the husband has abused her, committed adultery or simply disappeared, she must receive his permission to break free, and start a new life or have children with another man. Those who are denied a gett are called agunot, “chained women.” These rigid, centuries-old laws are still observed in present-day Israel.

Despite the prominence of that dire description, rather than focus on the tragedy of agunot, each episode of the drama “Unchained” trains its lens on Yosef Morad.  Morad is a heroic, magnetic young Haredi rabbi who works on behalf of agunot through the Israeli rabbinate. His sympathies are clearly with his clients. If cajoling or persuasion doesn’t work, he’s not above beating up a recalcitrant husband for his signature on the paperwork that will release his estranged wife from her commitment.

“Unchained” is also an idiosyncratic exploration of marriage—specifically that of Yosef and his wife, Hana. The couple is still childless after four years of trying to conceive. The pressure to have a baby from Hana’s family is relentless. To add to Yosef’s stress, his boss at the rabbinate is also his father-in-law. In the series’ first scene, viewers see Yosef deploying his crackerjack spying skills to investigate his wife. He seems to be equally curious and suspicious of Hana. Those suspicions will be well-founded when he discovers that Hana has a secret life outside of her role as a dutiful ultra-Orthodox woman.

The heat is turned up on Yosef and Hana’s tenuous relationship in each new episode. The urgent message is that marriage is the ultimate mystery, and what happens between two people is often unknowable even to them. To that end, “Unchained” is an intimate look at a young couple grappling with spiritual doubts, monogamy and ultimately their desire to be free.