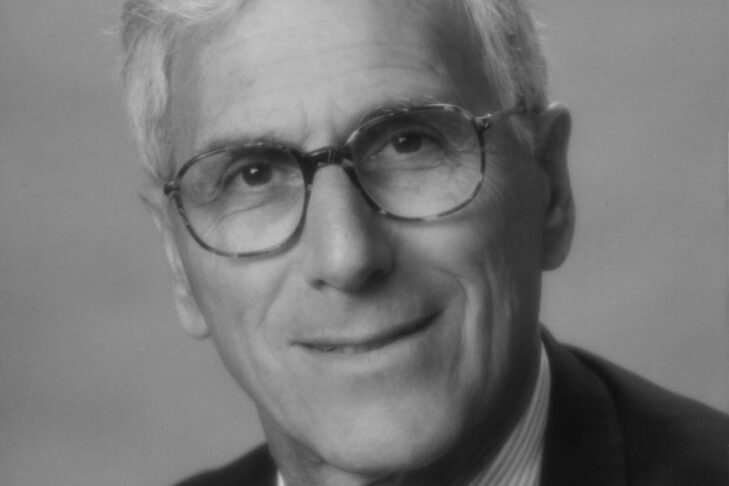 Arthur Ullian, a businessman and disability activist, can now add author to his distinguished list of achievements. The 81-year-old Newton native has written a memoir notable for its deep dive into the history of antisemitism alongside his life story. “Matthew, Mark, Luke, John…and Me: Growing Up Jewish in a Christian World” is Ullian’s story of his formative years in a WASP milieu. That world took root in his life at prep school outside of Boston. Although Ullian doesn’t name the school in his memoir, in conversation with JewishBoston he noted that he spent years as the only Jew in Milton Academy’s Class of 1957.

In his foreword to Ullian’s book, Barry Shrage, former CJP president and CEO, writes: “Arthur D. Ullian’s new book reminds us of past times not truly past, when antisemitism was commonplace and young Jews had no place to hide from daily exposure to ‘polite’ antisemitism and Christian denigration of the Jewish faith at the same prep schools. This was the time of the ‘gentleman’s agreement’ when assimilation was encouraged and many young Jews found it easier to blend in rather than assert their particularity. It was the time of the ‘melting pot’ in 1940s and 1950s America.”

Ullian’s memoir is a telling story of those “melting pot” days. Among the sharp memories in the book about tamping down his Judaism is Ullian’s recollection of the compulsory chapel services he attended at Milton. In that chapel, which Ullian describes as modeled on the Episcopalian church, he writes that every week, “We learned that the Jews conspired to put Jesus to death. We learned how in the morning we Jews tied him up and turned him over to Pontius Pilate for trial.” He goes on to observe with a mix of humor and bitter irony: “That did it! His blood is on me, and that means no dancing school and no cotillions either. I didn’t even have a girlfriend yet, and already my children and grandchildren were cursed.”

In conversation, Ullian elaborated on the social exclusion he experienced during his Milton years. He recalled that his classmates changed into tuxedos and were transported in the school van to attend weekly dance lessons in anticipation of celebrating the cotillions and debutantes from which Ullian would be excluded. “I’m there with the custodian all alone,” he writes, “having no idea where my classmates went. This went on for a quite a while. I never told anybody that I was Jewish; I was there like a secret Jew.” Ullian’s experiences at Milton eventually led to a lifelong quest to understand the complicated, tragic history of antisemitism. His research led him to places like Spain to study the Inquisition and to Italy to learn about the roots of the church’s antisemitism. Yet with all the research he gathered about antisemitism through the centuries, Ullian pointed out that the time has never been more apt for serious interfaith dialogue. “It’s been 75 years since the end of World War II and it’s about the longest period where we Jews haven’t been slaughtered since the 4th century,” he said. Ullian counts a number of leaders in Boston’s Catholic community as friends. He noted that he has traveled to Israel with many of them and contemplated the long, often fraught history of antisemitism in their company.

However, on the Fourth of July weekend in 1991, a devastating bicycle accident irrevocably changed Ullian’s life and pointed him on a new quest. At the scene of the accident, Ullian realized he could not move his legs or feel the bicycle on top of him; he had injured his spinal cord. He spent four months at a rehab facility near Denver and came home determined to begin the second act of his life as a disability activist. In his new role as a lobbyist, Ullian became involved in raising and then shepherding funds for medical research. His work brought him to Congress, where he advocated for medical therapies for spinal cord injuries and other diseases. The goal was to pool resources and money for the National Institutes of Health (NIH).

Ullian recalled that at that time, the actor Christopher Reeve fell off a horse, barely surviving with a devastating spinal cord injury. Ullian struck up a friendship with Reeve and realized his star power would draw attention to the NIH’s work. Together, the “Superman” actor and Ullian worked to double the NIH’s stagnant budget. “I’d also like to use this book to promote the fact that we need more medical research,” Ullian noted.

Ullian sees his scholarship on the history of antisemitism and his fundraising efforts for medical research come together in the Jewish concept of tikkun olam—repairing the world. “Tikkun olam is the heart of Judaism,” he said. “It’s healing the world, and I find that very gratifying.” Ullian added that over the years, his Judaism has evolved since his chapel days at Milton. “My sense of being Jewish has deepened,” he said. “And things are better at schools like Milton. Although there is more leniency, there is still further work to be done on behalf of interfaith dialogue [in our society].”

As for the experience of writing his first book, Ullian said: “I so enjoyed writing this memoir. There were so many parts of it that were humorous, even in prep school. We Jews have such [a sense of] humor. We have to, or else we would be very depressed.”

Arthur Ullian will be giving a virtual book talk on Tuesday, Oct. 13, at 7:30 p.m. Register here.