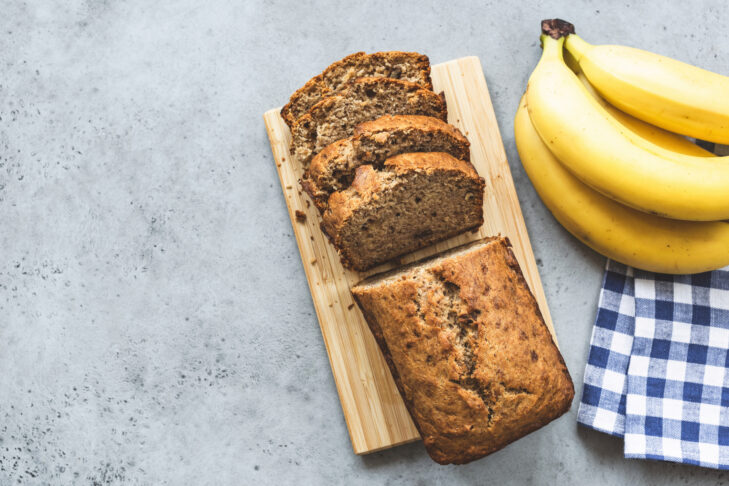 Early on in our self-isolation, I posted on Facebook that we had managed to make chocolate chip banana bread and that, much to my glee, the other members of the household declared it “too sweet.”

My post made it pretty clear that I was perfectly happy to have more sweet banana bread just for me, yet fully half of the comments I received were some form of suggestion for how I could (i.e. should) make banana bread with less sugar. Well, message received: sweet = bad; less sugar = good.

I have long advocated for liberation from all types of moralizing around food, largely because of how it is simply inseparable from fatphobia in our culture. Elevating a particular body size or a specific set of “healthy” behaviors is a form of idolatry: behaving worshipfully toward ideas and ideals that really shouldn’t be sovereign in our lives.

As diet culture has tried to rebrand itself as being all about “wellness,” the moralizing around eating, bodies and health has only become more insidious. In these times of coronavirus, my social media feed is flooded with memes about the “disgusting” impacts of “bad” eating while staying at home. I have deep compassion for people who are feeling out of control and projecting these fears of lack of control onto their eating and their bodies. But the weight stigma at the core of these posts is particularly painful in these days when they show up right next to news items about how those of us in marginalized bodies (old, ill, fat, of color, disabled) can expect to be made sicker by this virus while simultaneously being told to anticipate care being rationed in ways that make it clear that our lives matter less.

All of this has made me realize that my “morally neutral” approach to eating is no longer tenable. Our tradition calls us beyond neutrality to an embrace of eating specifically because it is pleasurable. We can see early hints of this embrace of eating as pleasure in this week’s Torah portion. It’s about Yom Kippur.

Achrei Mot-Kedoshim (Leviticus 16:1-20:27) describes the Yom Kippur ritual, focusing largely on the priests and the system of sacrifices. But it also contains the germ of what will become our own contemporary practice: twice using the language of “inui nefesh,” “self-affliction.” Jews who practice this in our day fast from eating, from having sex, from wearing leather and from taking a shower. The basic idea is to refrain from these very bodily pleasures. One common interpretation of these practices is that on Yom Kippur, this day when we speak of our fates being sealed, we should act as if we were already dead. Some people also wear all white to mimic the shrouds in which Jews are traditionally buried.

However, we are forbidden to engage in fasting on Yom Kippur if it would be bad for our health (this includes those who are recovering from eating disorders whose restrictive behaviors could be triggered by fasting). Even on this day of rehearsing death, life comes first.

Refraining from the pleasure of eating on this one day of Yom Kippur lends insight into what is expected of us on other days: on other days we are expected to eat and enjoy it.

Another example of refraining not being the norm in our tradition is the case of the person who takes a nazirite vow (Numbers 6:1-21)—swearing off drinking wine (and getting a haircut and having contact with a dead body) for a specific period of time. In the Talmud, the question arises as to why a Nazir is required to bring a “sin offering” to the priests when their period of refraining is over. What is their sin? Haven’t they made themselves extra-holy? Well, maybe. But the Talmud (BT Nazir 19a) suggests that, ”in afflicting himself by abstaining from wine, he is considered to have sinned with his own soul, and he must bring a sin-offering for the naziriteship itself, for causing his body to suffer.”

The text continues: “Just as this person, in afflicting himself by abstaining only from wine, is nevertheless called a sinner, in the case of one who afflicts himself by abstaining from everything, through fasting or other acts of mortification, all the more so is he described as a sinner.” In other words, fasting on those few occasions when we are meant to fast is fine, but deciding to refrain from eating at other times is seen as morally wrong.

And let’s not be fooled into thinking that this is just about eating as “fuel” for our bodies and not about eating as pleasure. In fact, the Talmud (YT Kiddushin 48b) relates that each of us will be judged and held accountable for “everything that one saw but didn’t eat.” This phrase is usually read as saying that we are meant to enjoy every possible permissible pleasure—including all the things we refrain from on Yom Kippur, like bathing, drinking and having sex. And the pleasure that is used to exemplify pleasure itself? Eating.

In these frightening and grief-filled times, some of us are lucky enough to have our biggest problem be self-isolation in a home with plenty of food. We are cut off from so much that is familiar, from so much that we might usually turn to bring us enjoyment. Please don’t force yourself to eat banana bread that tastes too sweet to you. But please do look for pleasure wherever you are able, both for the simple joy of it and as a way of wholeheartedly embracing life.

Rabbi Minna Bromberg is a singer, songwriter, rabbi and voice teacher who lives in Jerusalem with her husband, Rabbi Alan Abrams, and their daughter. Believing that singing both demands and teaches an integration of body, mind and spirit, Minna teaches voice to rabbis, rabbinical students and lay people who use their voices in leading prayer. Ordained at the Rabbinical School of Hebrew College in 2010, she currently runs the school’s year-in-Israel program for rabbinical students.