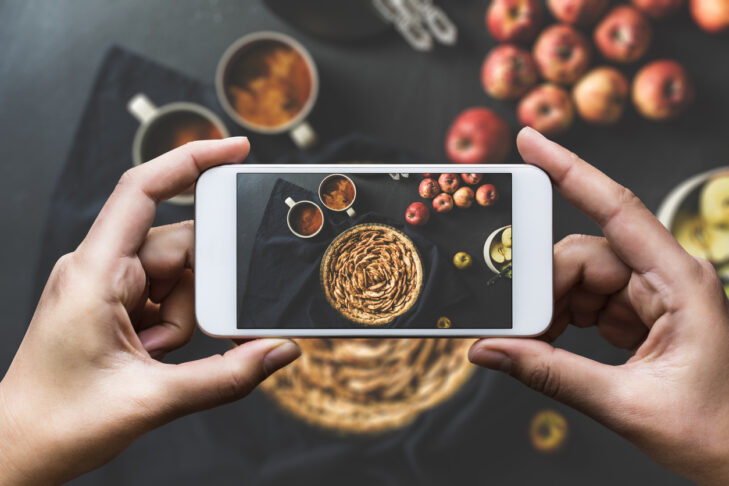 With the institution of quarantine and the closing of gyms, the conversation around food and exercise has become a little sticky. My personal social media is awash with people baking bread and constructing elaborate pies to be eaten solely within their households. Other people, I’m sure, experience more of the at-home yoga and carrot sticks side. Regardless of your leanings, however, is the fact that responsible social distancing has led to weight gain in at least some form or another in many people. And to some, that’s terrifying.

Gaining weight, particularly in women, is often regarded as negative. Fat women are frequent punching bags in the media, referred to with all sorts of negative language. A person who gains weight has “let themselves go” or no longer “cares about their health.” As a culture, we view gaining weight as a moral failing, so much so that fat people are often paid less for the same jobs as their thinner counterparts. The moralizing of fatness, just like the moralizing of addiction, has real-world consequences and impacts the way overweight people are treated and view themselves.

Now, with the risk of gaining weight due to shelter in place, people who view their thinness as moral superiority are getting a little nervous. I’ve seen anxious posts about the increased workout routines people are planning once gyms reopen, as well as a million new unmasked runners sprinting along the sidewalks. Of course, I can’t know every person’s motivation, and exercise is part of a healthy lifestyle, but I can’t help but wonder if the obsession with thinness has less to do with health and more to do with control.

When I think of the incredible women of the Torah, my mind doesn’t skip to their waist sizes. Sarah doesn’t spend her miraculous pregnancy planning how she’ll lose the baby weight. Esther doesn’t agonize over calories. The quality of a Jewish woman has to do with her heart, not what size dress she can fit into. And yet, the women of our community feel so much pressure (even from other women) to look and eat and feel a certain way, to fit into a box our mothers and grandmothers constructed for us. Why?

Some people argue that fatness is inherently unhealthy, and that weight loss is inherently healthy, but anyone who’s known someone recovering from addiction or illness knows this to be untrue. Health comes in every size, and fatness does not equal unhealthy behavior. In fact, studies have shown that being “overweight” can lead to a longer, healthier life than being “underweight.” But if thinness isn’t inherently healthy, why is it so highly valued?

Again, we return to control. We return to a population of women so obsessed with fatness that we find it difficult to enjoy our lives. We return to a culture that punishes unruly bodies and rewards obedience, even at the cost of health. But in a period where a lot of us are gaining weight, isn’t it time to reevaluate our stances on fatness?

I recommend Roxane Gay’s “Hunger: A Memoir of (My) Body,” as well as the writings of Your Fat Friend for further reading. Additionally, if you look at classical art, fat women appear everywhere. Fatness isn’t evil. It isn’t a moral failing or a sign of a weak mind. It is merely a body type, and no more indicative of health than thinness is.

As we alter our perceptions of our bodies, we will learn that gaining weight is not the end of the world. If anything, it’s a badge of honor showing that we have been staying home in order to protect our communities. When we destigmatize weight gain in ourselves, we move closer to a more nuanced and compassionate world, which we need now more than ever.