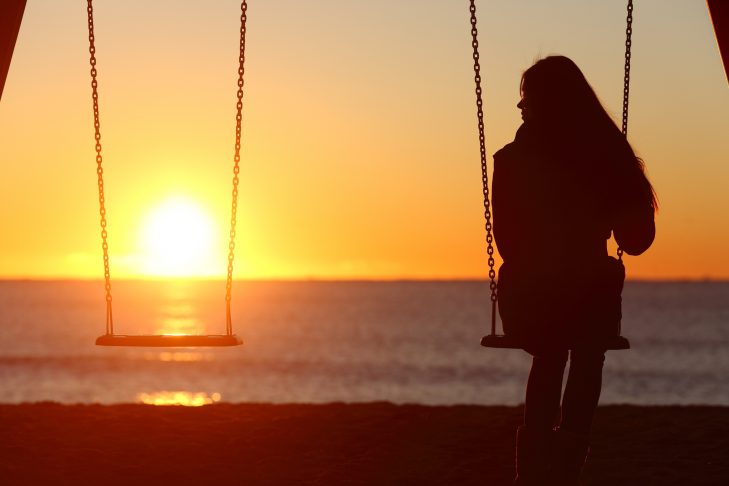 I first learned of Deborah Spungen through her first book, “And I Don’t Want to Live This Life: A Mother’s Story of Her Daughter’s Murder.” That book is about her daughter, Nancy, who was murdered by her boyfriend, the Sex Pistols’ Sid Vicious, in 1978.

Years later, I was searching for a helpful book for a recently widowed friend, and Spungen’s name popped up on Amazon. She’d written a collection of essays, “Table for One: Essays From a Widow’s Journey,” about life after the death of her husband, Frank, in 2010. Her original book set in 1960s Philadelphia had stuck with me, and I felt as if I knew her family, even though I definitely did not. In a peculiar way, I felt sad to know that Frank was dead. He was a character who had come to life for me. 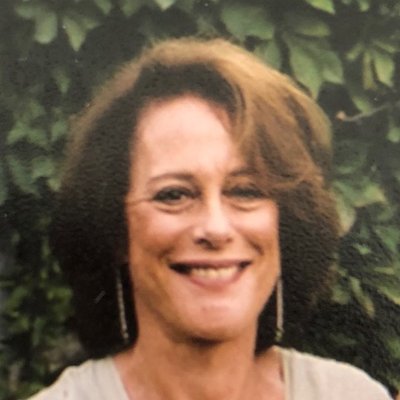 I ordered the new book for my friend, but I ended up reading it myself first. The stories are relatable, even if you haven’t suffered a loss: what it’s like to eat alone, in front of the television. What it’s like to move to a new home, drive on a lonesome road almost gripped with panic or plan a long Saturday when nothing but time unfurls in front of you. There’s one essay in the book about her nighttime routine that I absolutely loved, how she keeps an arsenal of distractions in bed with her, from books to phone to TV remote, flipping between “Law & Order” reruns to keep occupied. Who hasn’t done this? I have.

I talked to Spungen about the book and lessons learned as a newly single person.

How do you get up and get going when the entire day stretches before you?

My mother had been widowed three times, and I always felt like she was my role model. I didn’t realize until later the toll it took on her. She kept her head up and walked through life. It was part of it. I think my own spirit helped. You need to do an awful lot to sit down on me and stay there.

A couple we were very friendly with when we were living in the Hamptons would tell me where they went to dinner, what movie they saw. But I never noticed her asking me. I said, “Sometime, when you go to the movies, could you ask me to join you? I would enjoy it.” Guess what? She never asked me, even after that. I like to tell people what I want and need.

I have always hated Saturdays. There’s people having a good time, doing things. It’s more a Saturday thing than a Sunday. I don’t complain, but I happened to mention along the way that I hated Saturdays to the mail man. He always says, if he happens to be working, ‘I know it’s Saturday; how are you?’ That was my bad day, but now it doesn’t occur to me.

How do you fill time on a weekend if everyone, such as your kids, appear busy?

Since Frank died I don’t see them as much, logistically, living in a different place. We text, we email. Unfortunately, I have a bad knee impatiently waiting to get fixed. I used to take the train up to New York. When I do see them, it’s not an agreement, but we always include Frank in the conversation.

Many people in my apartment complex have been widowed. They took the lead from me. Some of them knew my husband. It’s “Frank this; Frank that.” You don’t have to dwell on it. I used to say, “Frank and I went to such-and-such,” and in the beginning, I could see people  flinching, but not anymore. They talk about their husbands too.

How do you navigate a restaurant or social situation that you would typically attend with a spouse?

Try to go someplace with someone if you can. Or, when you get somewhere and see someone you know, make a beeline for that person and start a conversation. If it’s too early in the game and too painful, don’t do it again for a while.

I had a problem going to the movies; I didn’t want to go. One day, a certain movie was playing within walking distance. I thought: “I’m going to go to the movies.” And a woman next to me said, “My husband died.” I said, “Oh, I’m sorry,” and she said how she never would go to the movies without him. He had been dead five years. At the end she said, “I enjoyed the movie, and I enjoyed sitting next to you. I could get strength from you.” I really meant to get her contact information so we could have a movie club.

There’s a group called TTN. Most everyone has had a trauma. … It’s been seven years now, and I still have fun with them, and I have all sorts of outside activities. One day, I went to the movies by myself. I saw someone from the group getting her ticket, and she said, “How are you? I’m here with so-and-so. Would you like to join us?” She never knew how important that was.

What if friends pull away?

I have people say, “Let’s get together.” Some people are like that. I don’t know whether they’re afraid of saying the wrong thing. There’s nothing wrong you can say. Just the fact that you said something is very important. If people are consistently letting you down, don’t dwell on it. Other people are out there happy to be your friend.

Any tips on eating dinner and cooking for one?

I made my own rules: I would never make dinner for one; it’s a waste of time. I make it for two. But you don’t need to eat the same dinner two nights in a row. Freeze it. Recently American Express called and said, “Do you know how much money you spent on food?” We have a newer Whole Foods, 15 minutes away. I get carried away. There are so many things I didn’t have access to!

In the beginning, I sat at my chair, facing Frank’s empty chair. Then I sat in Frank’s, facing mine, and it didn’t feel good. Then I went out and I bought a tray table for $12 and sat in front of the TV. In my new apartment, I put in an eating bar. I read the paper and watch TV. “They” would say it’s not healthy, but it works for me. Those “they” people also say move within a year. I wanted to move within six months. Do what’s good for you. You don’t always need advice. I say, “I’d like to talk about something, but I don’t want an answer.” And sometimes I say, “I’m going to talk to you about something that bothers me; tell me what you think.” Be clear. Spell out what you want from the other person.

In emergency situations where one might have relied on a spouse, do you “appoint” someone else to be your emergency call?

I was getting a blood infusion. One of my neighbors said, “Do you want me to take you?” I said yes! I’ve been doing it by myself and it’s not that I can’t do it, but I don’t want to do it myself. I live in a wonderful apartment building, and I’d lived here once before, and I have people I can call.

Do you ever feel envious or resentful of people with living spouses?

I want to say to them: “Why aren’t you holding hands? Take advantage of the time you have.” Sometimes something happens, and I have a sad day. That’s all. My children call me on specific dates they think I’ll be upset.

Another friend of mine, her husband’s birthday was Feb. 11, and my husband is Feb. 7. We were friends from a long time ago. Every time it was his birthday, I’d either call her or send a card and say, “Thinking of you.” She said to me, all the years she was alone, it was the nicest thing anyone did. To remember.

I did not get online. I made a lot of new female friends. They are always around. I thought about it, thought about it, thought about it. But everyone assured me it’s hard work. I had 54 years of a really good marriage. Of course there were issues, but it was a good marriage. But Frank told me to go home again, and I’ve been doing readings for my book. A man I went to college with [at the University of Pennsylvania] saw the listing. And he called me! Something made me answer the phone. I thought, “This is forward.” But he was very sweet. We have had a couple of dates, and we laugh a lot. I always thought it would have to be like that. Organic. Once in a while, we’ve been out and he tells people how we never met the whole time we were in  college.

I have a number of women say to me, or men, who remarry, that they still think a lot about their first spouse. They tell me, “But don’t tell him!” Some people marry within a year. I lead my life. It’s not the same, but it’s very nice, and I cherish the friends I’ve made after Frank died. If I were still married, I wouldn’t have the same relationships with these women.

How has Judaism played into your grieving process?

My son was praying, and the rabbi asked him, “Who are you praying for?” He told him it was for his father. He asked if I was living and asked if he could call me. The rabbi called and wanted to come to pay a visit to my home, and he did. It was an eye-opening experience. I am a spiritual person. I celebrate the holidays and things like that, and my son and his family are kosher. He spent almost two hours with me, and he sort of made what was wrong with the world better. He would call me once a month and ask, “Did you sell your house yet?” He still sends me little notes and cards.

I can’t say it made me more or less religious. It can go either way. A woman I know on my floor, her 15-year-old grandson had cancer. She has become less religious and her husband has become more religious. You have to take it as it comes.

And sense of humor helps. People don’t have to feel badly if something strikes you funny just because you’re grieving. It helps you heal, I think.