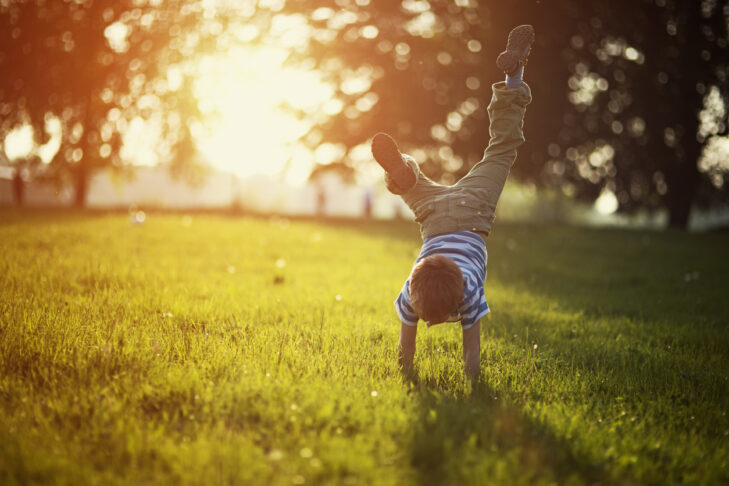 The Shape of Play, a new public art installation by artist Sari Carel, commissioned by JArts and curated and produced by Now + There, invites us to reflect on the connections between play and the universal search for freedom. An engaging multi-media work debuting in the North End, The Shape of Play invites people from across Boston to come, play, question, and explore what freedom means now and what it may look like in the future. Conceived in the pre-pandemic world, the project has taken on new importance in a city full of padlocked play spaces and calls us to break down the barriers to freedom our society has built.

As The Shape of Play evolves in anticipation of installation this Fall, here are some thoughts from the JArts and Now & There teams to shed light on where this project comes from and why it’s important to our community. Despite social distancing, we look forward to experiencing this piece with you in real life this Fall.

In the commissioning of “The Shape of Play,” JArts sought to create an accessible way for us all to consider the meaning of freedom. In the Jewish tradition, Passover seders are the annual time in which we discuss freedom as a community, but as the great civil rights activist Rabbi Abraham Joshua Heschel said, “The Exodus (the Passover story) lasted a moment, a moment enduring forever. What happened once upon a time happens all the time.”

Another instance of this story is in the wave of Jewish immigration to New York in the early 20th century. In The Bintel Brief, a Yiddish advice column started in New York City in 1906, editor Abraham Cahan anonymously printed readers’ questions and posted replies, making a space for recent Jewish immigrants to ask for advice on various facets of their acculturation to America.

In 2014, artist Liana Finck turned this collection of stories that share the most honest joys and fears of Yiddish speaking Jews in New York into an illustrated graphic novel by the same name. In these last few months, the letters and drawings have made me think about what it means to be American, to be an immigrant, to be “other,” and to navigate difficult relationships with neighbors, history and across generations.

Just as Liana Finck’s illustrations bring a beautiful, fun and relevant look at these challenges, “The Shape of Play” brings a fresh look at freedom to our community. Sound, like freedom, is invisible, to be felt more than seen. The feeling of freedom is essential to play, and this project articulates that connection in a sensorial experience of both sound and freedom. Sound is also effortlessly vibrant and beautiful. From birdsong to seemingly mundane tones and clinks, musicality is all around us. There is music all around us, every day. When you think of sound as a medium that has materiality, it shifts how you understand other media as well.

For example, working with sound has changed how I think about sculpture, drawing and moving images. I try to train my attention on what music I might be missing throughout the day. Playgrounds are such visually rich environments that you can miss the music they make. My idea for this project came from listening to playgrounds being played as instruments as they were used for actual play. A whole new world opens up as we train our ears on the sounds all around us. Here are two recommendations for you: “The Recordings of Pauline Oliveros” and John Cage’s “Water Walk.”

In planning a project like “The Shape of Play,” I am ever more aware of balancing beauty with social impact. What does it mean to have a project like this next to a statue of Columbus? In today’s world, we have far greater awareness of issues of race, access to the arts and the message of the art than ever before. Frankly, I find it both fascinating and overwhelming. But these two videos have helped clarify these issues for me. One is a 6-year old’s guide to public art and the other is a news report about monuments and their meanings in Philadelphia. Together, they provide a simple yet thought-provoking overview of the issues of public art as both artwork and historic remembrance. 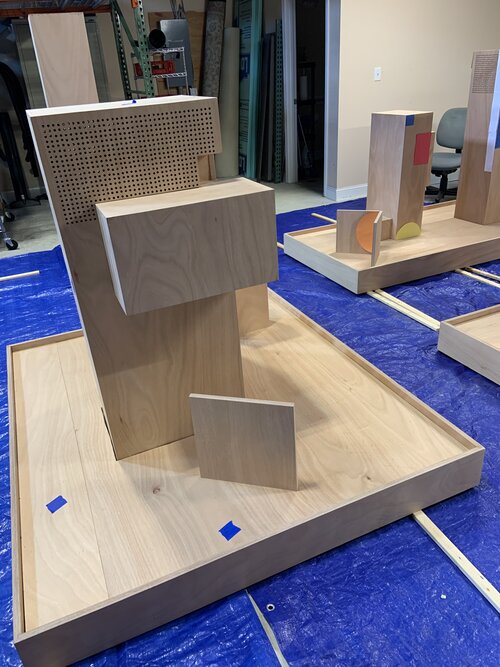 One of the first articles I read when I started researching playgrounds and how they came to be was “How the American playground was born in Boston” by Ruth Graham. Truth be told, I had never thought much about playgrounds until this project came along. I vaguely realized that the playgrounds of my youth (think steel, rust, dirt) were a thing of the past as I visited the gleaming plastic structures (sitting atop safe rubber matting) with my friends’ kids. But to consider the why and when of playgrounds had never occurred to me.

This article gives a solid history of playgrounds in a Boston context. From discussing Boston’s first “sand gardens” in the North End to tracing the evolution from 1980s steel to 2000s plastic, this article opened the door to playground history to me. It’s strange to return to this first resource now after months of close looking at Boston’s playgrounds: now, whenever I’m in a new neighborhood, I inevitably size up new-to-me playgrounds for their material, shape and forms.

Then, when Sari and I had our first studio visit last summer, it felt like we bonded over a shared love and curiosity about early abstract painting. Abstract painting is a notoriously esoteric subject, and yet it’s early 20th-century ideas have impacted much of our everyday 21st-century lives. As Sari and I agreed on this, our conversation quickly turned to playgrounds, and Sari observed that these ubiquitous urban structures demonstrate many tenants of abstraction: the color, shape and irregular forms into a unified composition.

Playgrounds and abstract painting share a parallel history as well. Both are outcomes of early modernism. The first playgrounds were “sand gardens” and originated in Germany in the 1880s; abstract painting was germinating in the minds of the Impressionists and post-Impressionists of the same era. As the Industrial Revolution waned in Europe, people began to champion utopian ideals for both city spaces and artwork alike. Abstraction, seemingly free of specificity of people or place, seemed utopian indeed. And public playgrounds (as well as access to clean air and green space) began cropping up in American cities as child labor laws and public schools were established. We were on our way to utopia indeed!

Utopia has yet to be realized, but abstract painting and playgrounds are permanent fixtures in art and city planning alike. As Sari mentioned to me that day in her studio, you can travel the world to just about any city and see some form of playground that follows an abstract composition. Playgrounds are colorful conglomerations of round and angular shapes, typically arranged unevenly. Yet they make sense because they aren’t supposed to make sense: playgrounds are just that, for play.

Play informed a lot of early abstraction, as Leah Dickerman demonstrates in “Inventing Abstraction.” What is especially interesting to me is her consideration of abstraction as networked, a process that depended on other sites and people to develop fully. Likewise, “The Shape of Play” depends on several different places and playgrounds to come together into this unified, and yes, abstract, artwork.

I have something controversial to say: When I think of freedom and play, I don’t think of playgrounds. Rather, the first thing that comes to mind is food. To me, food, in its many shades, flavors, origins and meanings, is one of the most liberating fields of experience in human life, as it opens the mind and palate at once. Especially now, when we have been so limited in our movements by COVID-19 and are collectively seeking to better understand those who don’t have the same lives as we do, food represents one of the simplest and most meaningful ways to free ourselves and others.

And so, lately, I’ve been turning more and more to my cookbook collection. There’s a plethora of amazing Jewish cookbooks specifically that summon up faraway places and flavors within their pages, expressing the delicious diversity of Jewish food. In my opinion, looking through these cookbooks and picking a new recipe to try is one of the easiest and most immediate forms of empathy. So, go ahead: flip open to a page, pick a recipe, get cooking, and get free while you do it. Here are a few recommendations of my favorites to get you started: “Olive Trees and Honey: A Treasury of Vegetarian Recipes from Jewish Communities Around the World,” “King Solomon’s Table: A Culinary Exploration of Jewish Cooking from Around the World,” “The Book of Jewish Food: An Odyssey from Samarkand and Vilna to the Present Day” and “The Jewish Cookbook.”