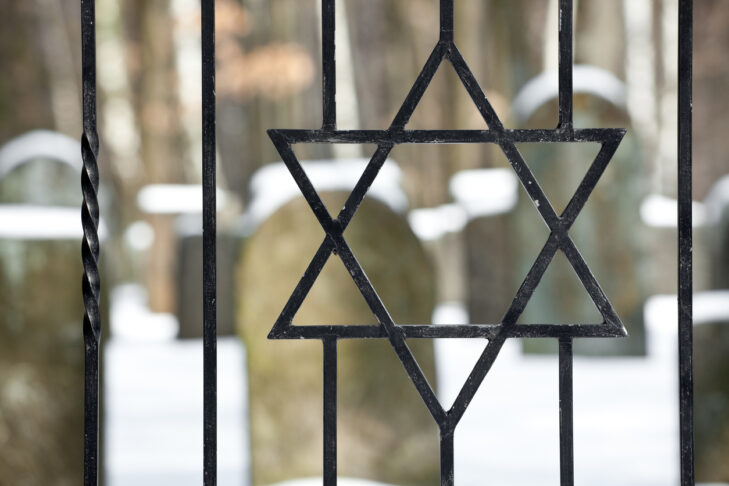 This Wednesday, July 29, will be the 9th of the Hebrew month of Av. On that day, both temples were ruined and the Jews were exiled from their land. On the first exile, they were deported to Babylon, from which they returned after 70 years with the blessing of the Persian king, Cyrus the Great, and a letter granting them imperial support in resettling the land and rebuilding the Temple.

The period of the Second Temple is more complicated than the first. In the midst of it, Jews began to fight among themselves as Hellenized Jews tried to root out traditional Judaism and install the Greek culture and mythology, and the Maccabees fought against them, striving to oust Hellenism and restore authenticity to Judaism. In that period, Jews lost control over the Temple but regained it after the Maccabees won the war. But finally, the internal battles and hatred among belligerent Jewish factions destroyed the country, ravaged Jerusalem and demolished the Temple. Subsequently, the Jews were exiled for 2,000 years.

Although historians attribute both exiles to external conquerors, ancient Jewish texts attribute very little influence to external factors, if any. Instead, they pin the troubles of the Jewish people on their own disunity.

As Though We’ve Never Learned

The Jewish people gained their nationhood when they united “as one man with one heart” at the foot of Mount Sinai. According to Jewish ancient writings, the Hebrews who came out of Egypt were told that if they united, they would be declared a nation. If they did not, the mountain would cover them like a vault and would become their tombstone. The Jews, according to the sources, united and became the Jewish nation, or Israelites. But at that time, they were also tasked with being “a light unto nations,” namely to set an example of unity to the rest of the nations.

That demand that Jews would be role models of unity has since become the kernel of all Jewish hatred, both emanating from other nations, as well as from Jews who resented the idea of unity and wanted to pursue their individualistic (later to become Hellenistic) agendas. Two thousand years ago, the hatred within the Jewish people became so fierce that they locked themselves inside their capital, Jerusalem (with the Roman legion camped outside the walls), slaughtered one another, burned each other’s food reservoirs and made General Titus’ work much easier when he finally decided to conquer the city and destroy the Temple.

The hatred of the Jews for one another was so evident and abominable that it denied the triumphant Titus the thrill of victory. When Queen Helena offered him a victory wreath after he took Jerusalem, Titus declined, saying that there was no merit in vanquishing a people deserted by their own God.

The day when the Romans marched into the Temple and sealed the Jewish defeat was to become a day of mourning since then. But we should not mourn the destruction of the walls or the breaking of the altar. We should instead mourn the ruin of our unity, our brotherly love, the abandonment of our task to unite as one man with one heart and be a role model for the nations.

When Hitler explained in “Mein Kampf” why he hates Jews, he expounded on his disgust with their dislike for one another. “The Jew is only united when a common danger forces him to be or a common booty entices him; if these two grounds are lacking, the qualities of the crassest egoism come into their own,” he writes. Numerous other antisemites wrote and spoke similarly about the Jewish people. They would not dedicate such attention to Jewish hatred of each other if they did not expect Jews to feel otherwise toward their brethren.

Today, nearly a century after the rise of the most diabolic, genocidal leader of the most advanced, modern and civilized nation at the time, Jews have still learned nothing. Once again, division and internal hatred are rampant, both in Israel and outside of it. Jewish anti-Jewish groups are once again becoming increasingly raucous and yell out with righteous indignation that only their way is right, that Jews with other views are ignorant and inferior. They do not realize their affirmation in the eyes of the nations, for which they so desperately yearn, depends not on their ideology, but on their unity precisely with those brethren they hate.

From the perspective of the world, nothing has changed. We are still tasked with being a light unto nations by setting an example of unity, and we are still hated for showing the opposite. Vasily Shulgin, a senior member of the Russian Parliament before the 1917 revolution and an avid self-proclaimed antisemite, wrote in his book “What We Don’t Like about Them…”: “Jews in the 20th century have become very smart, effective, and vigorous at exploiting other people’s ideas. However, this is not an occupation for teachers and prophets, not the role of guides of the blind, not the role of carriers of the lame.”

Deep inside, every Jew feels indebted to the world. Deep inside, we feel the call of our vocation. But we will never live up to our task through hating one another. We will do so only if we show the world that above our fierce disagreements, we love each other like family. Although we cannot agree on anything, we form a union that is stronger than any dispute. The divisions between us are the vehicle through which we can show the world what unity means, but only if we rise to the challenge and unite above them. If we do so, the world will see that unity is possible, however deep the chasm between people and nations. If we keep avoiding unity, the world will keep blaming us for spreading division in the world and will make us pay for its suffering.