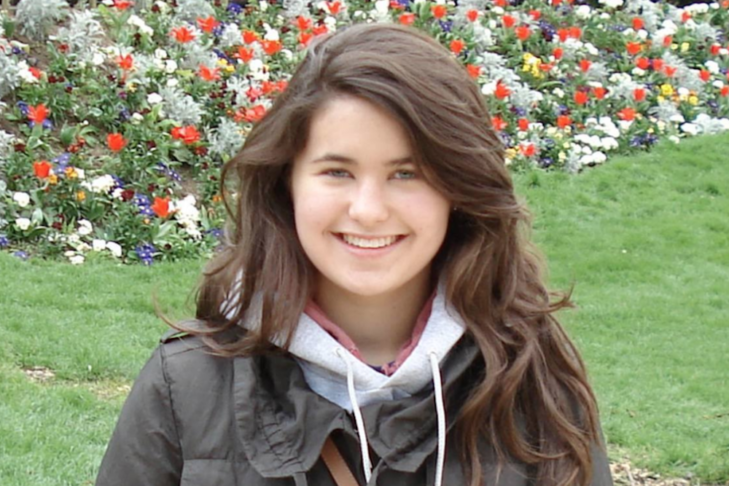 Brown engineering professor Eric Chason wrote “Breathless” about his daughter, Lillian. In 2009, she was a freshman at the University of North Carolina who had already overcome the odds to attend college; she suffered from Stargardt’s disease, a condition that was causing her to go blind.

That fall, she started to feel sick, but she assured her parents it was just the flu. Four days later, she was in the university hospital, breathing with the help of a machine.

Chason talked to JewishBoston about his late daughter and the lessons he learned—lessons that seem cruelly pertinent today.

Tell us about Lil.

She’d been through high school, and she’d started college at the University of North Carolina. She had a visual impairment, a genetic form of macular degeneration, which we thought was a big challenge in her life, so we were very excited for her when she decided to go to college away from home. We didn’t know if later in her life she’d have to be more dependent on us and things like that. We were excited for her.

How did you become aware she was sick?

During H1N1, she called us to say she wasn’t feeling well. And we encouraged her to go to the doctor. She was afraid it was her eyesight. But she went to the eye doctor and he said things were OK. And she went to health services and they told her, “You’re probably getting the flu; just go back to your dorm and don’t come back.” This is the tragedy of it. They said, “Don’t come back.” My wife begged her that whole week, “Please go see the doctor again; this is serious.” But she said, “No, they told me not to come back.”

On Sunday, we first heard she was getting sick. By Friday, my wife was just frantic and called a cousin who lives near there and asked her to go get Lil. And Lil was in severe distress by then. They took her to the emergency room, and they admitted her to the hospital right away.

She was an actress, and at school she had just found out she was the lead in a play. She was very excited about that. It was unusual for a freshman. It all happened the week before Thanksgiving, and she was very worried about getting sick because she had so much to do.

What would you like parents to know about coping with such a situation?

The most important thing is to realize that even though people might say, “This isn’t so serious,” I’m a scientist. I think in numbers: 80% [of people who contract the coronavirus] get better. If one person gets it, there’s a good chance they get better, as a young person. But 20% of people getting a serious illness is a huge number. This whole idea, “Oh, it won’t affect me; I won’t worry about it,” is totally irresponsible. The best thing you can do is to not infect other people.

How did this tragedy change you?

I don’t take things for granted. We’d been fortunate in our lives and assumed everything would be OK. One of the messages is, I come across as being this kind of naïve, optimistic guy. I told my wife, “Don’t worry. It’s just the flu. Why are you so worked up?” My wife realized how serious it was. You can’t assume everything will be OK. You hear about tragedies all the time, and most of the time, it’s not you. But you never know.

What advice would you give to people going through this?

We were so lucky because H1N1 didn’t overwhelm the health care system. There was no talk of shutting down schools. But one thing that struck us was how poor the university health care services were. If it’s serious enough, go to the hospital. When Lil got sick, there was nowhere to be watched. By the time she got to the hospital, it was very severe. I am very happy that [the coronavirus] is being taken seriously. The best thing you can do is to be responsible and hope the doctors will do their best.

Is there any cause for optimism here?

It’s easy to focus on blockheads who say it’s nothing serious. [Most] people are not going around saying, “This doesn’t pertain to me.” We can’t stop this, but we can reduce the severity by working together.