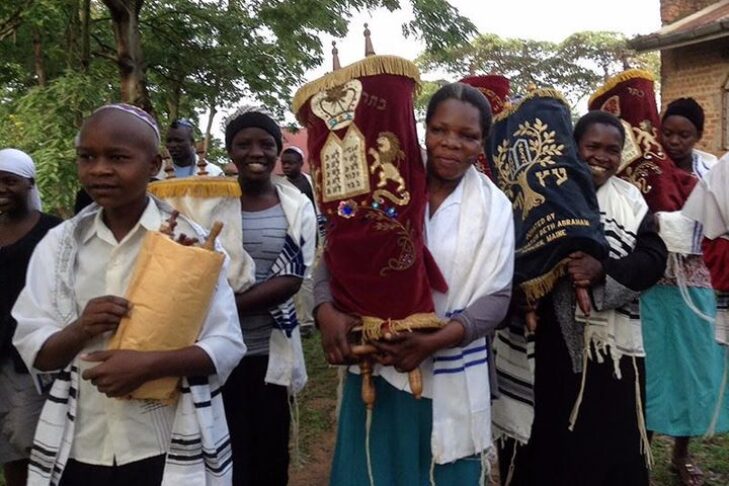 The Abayudaya, a community of approximately 2,000 people living in villages surrounding Mbale in Eastern Uganda, are practicing Jews. Many members scrupulously follow Jewish ritual, observe the laws of the Sabbath, celebrate Jewish holidays, keep kosher and pray in Hebrew. This community self-converted to Judaism in 1919 and over the past 80 years has moved increasingly mainstream in their Jewish practice.

The story of the Abayudaya challenges stereotypes of race, religion and culture. The Abayudaya have endured adversity in the practice of their Judaism, surviving the persecutions of Idi Amin. They have warm, productive relationships with their Christian and Moslem neighbors. This is a story of hope and faith.

Since 2000, ethnomusicologist Rabbi Jeffrey A. Summit, Ph.D., has been working with the Abayudaya. Together with photojournalist Richard Sobol, he is the author of “Abayudaya: The Jews of Uganda.” Rabbi Summit has also recorded, compiled and annotated a CD for Smithsonian Folkways Recordings entitled “Abayudaya: Music From the Jewish People of Uganda.” This CD was nominated for a Grammy Award for best album in the category of Traditional World Music. This compelling music blends the rhythms and harmonies of Africa with traditional Jewish prayer.

In this lecture, he focuses on the Abayudaya’s musical traditions to examine the culture, history and the current situation of this extraordinary Jewish community.