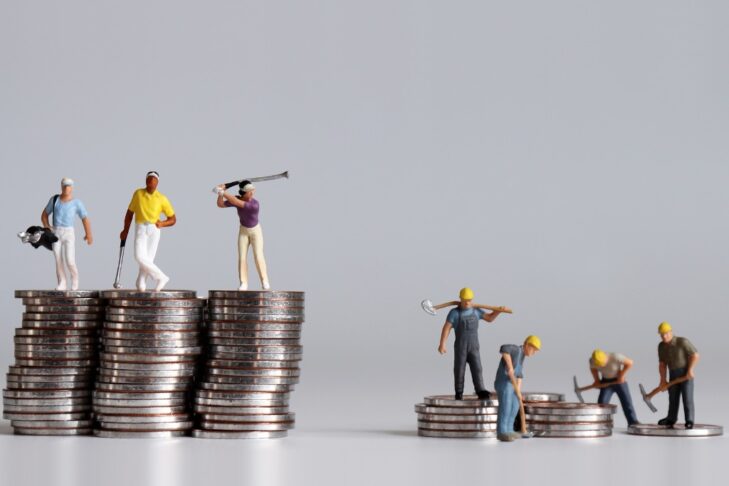 Join us for a panel discussion with Chuck Collins, author of “Born on Third Base,” Molly Schulman of Resource Generation, and Rabbinical School of Hebrew College Dean Rabbi Dan Judson.

Chuck Collins is the director of the Program on Inequality and the Common Good at the Institute for Policy Studies, where he co-edits Inequality.org. He is author of the popular book “Born on Third Base: A One Percenter Makes the Case for Tackling Inequality, Bringing Wealth Home, and Committing to the Common Good” (Chelsea Green). His most recent book “Is Inequality in America Irreversible?” is published by the Oxford, UK-based Polity Press.

Molly Schulman has been a member leader in the Resource Generation Boston chapter for a year. She has participated in both an anti-racist white praxis group and a virtual high net wealth praxis group, currently facilitates a Jewish praxis group, has attended three national Resource Generation conferences and currently organizes Boston constituents to increase their giving to social justice. Apart from her work with Resource Generation, Molly serves on JOIN for Justice’s board, sings in a cover band, facilitates a monthly Rosh Chodesh gathering and is a member of the Chordata Capital fellowship. She is thrilled to share her passion for wealth redistribution, her grounding in Jewish resistance and commitment to building compassionate cross-class relationships to the panel.

Rabbi Dan Judson was appointed dean of the Rabbinical School of Hebrew College in 2018. Previously, he oversaw the professional development program and served as the placement director for the Rabbinical School. He received his doctorate in Jewish history from Brandeis University, where his research focused on the history of American synagogue finances. His book, “Pennies for Heaven: A History of American Synagogues and Money,” was published in 2018. Dan served on the national faculty of the Union for Reform Judaism, consulting to synagogues across the country on financial matters. His research on synagogues that have eliminated dues was featured in The New York Times, The Boston Globe, NPR, The New York Jewish Week and Reform Judaism Magazine.