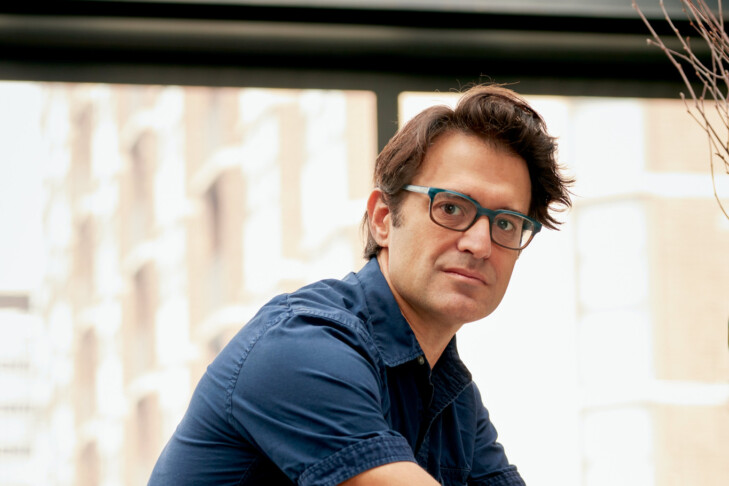 In remembrance of Kristallnacht, former Corcoran Chair Mark Oppenheimer will speak about his latest publication “Squirrel Hill: The Tree of Life Synagogue Shooting and the Soul of a Neighborhood.”

On Nov. 9, 1938, Nazis desecrated and destroyed synagogues and Jewish businesses throughout Germany. On Oct. 27, 2018, a gunman killed 11 Jews who were worshipping at the Tree of Life synagogue in Squirrel Hill—the most deadly antisemitic attack in American history. Squirrel Hill, Pittsburgh, is one of the oldest Jewish neighborhoods in the country, known for its tight-knit community and the profusion of multigenerational families.

Oppenheimer’s book is a piercing portrait of the struggles and triumphs of a singular community in the wake of unspeakable tragedy that highlights the hopes, fears and tensions all Americans must confront on the road to healing.

Oppenheimer directs the Yale Journalism Initiative and has been a lecturer in Yale’s English department, political science department and divinity school. He received his B.A. in history and his Ph.D. in religious studies from Yale. He was the religion columnist for The New York Times from 2010 to 2016 and has written for The New York Times Magazine, GQ, The Washington Post, Slate, Mother Jones, The Nation and The Believer, among others. He has been a commentator on NPR and is also the host of Tablet Magazine’s podcast, “Unorthodox.” He is the author of five books, including “The Newish Jewish Encyclopedia.” He was also the 2014-2015 Corcoran Visiting Chair in Christian-Jewish Relations at the Center for Christian-Jewish Learning at Boston College. He lives in New Haven, Connecticut.

COVID policy: Following the requirements of both the City of Boston and the City of Newton, Boston College requires masks to be worn in all indoor spaces on campus that are open to the public. This includes all Center for Christian-Jewish Learning events. An exception is made for those actively eating or drinking.

This event is co-sponsored by the Boston College Office of Campus Ministry, Jewish Studies Program and Hillel. All are welcome.

Center for Christian-Jewish Learning at Boston College
Supported by: