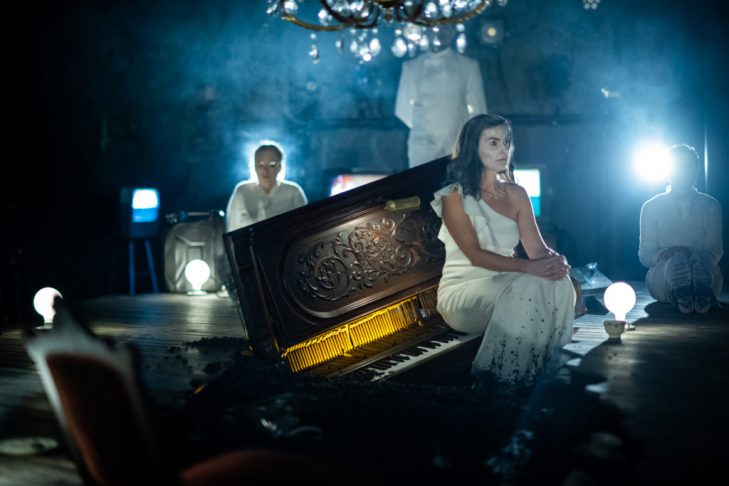 In 1935, a young couple purchases a house from a Jewish family in Dresden, Germany. The play follows the lives of the house’s residents, who must grapple with their own identity while experiencing the reverberations created by 60 years of German history. As the house is passed from owner to owner and generation to generation, the secrets buried in the garden and within the walls reveal themselves.

Marius von Mayenburg is a playwright, translator, dramaturg, director and one of the most widely produced German playwrights. Born in Munich in 1972, he studied Old German at the University in Munich before moving to Berlin in 1992, where he did a course in playwriting at the Hochschule der Künste from 1994-1998. In 1995, he completed a placement at the Münchner Kammerspiele. In 1998, he became a member of the artistic direction team at the Baracke, the studio theater of the Deutsches Theater in Berlin. In 1999, he went with Thomas Ostermeier to work as artistic director and playwright-in-residence at the Berliner Schaubühne am Lehniner Platz. His plays receive regular staging at Schaubühne/Berlin, Royal Court Theater/London and other venues around the world.

View the trailer for “The Stone” here.

For more information and tickets, visit arlekinplayers.com or call 617-942-9822.