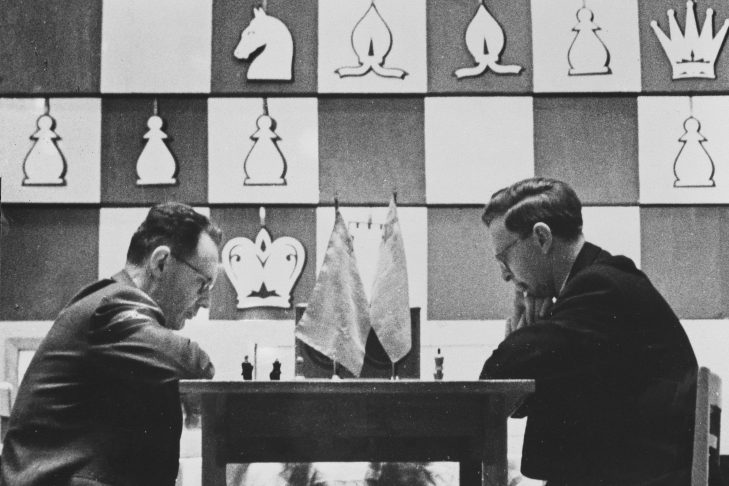 Emil Sutovsky is an International Grandmaster, 2001 European Chess Champion and 2010 Olympic chess gold medalist. Born in 1977 in Baku, Azerbaijan, Sutovsky lives in Holon, Israel. His love for chess began at the age of 4. He gained acclaim with a series of decisive victories, starting with the 1996 Junior Chess Championship held in Medellin, Columbia, followed by the 1997 double round-robin VAM Hoogeveen Tournament and the Hastings 2000. Sutovsky has had a successful Olympiad career, representing Israel in nine Chess Olympiads from 1996 to 2018. One of the world top chess players for the last two decades, Sutovsky is also known as a lecturer and chess writer. An avid trivia player and skilled bass-baritone, Sutovsky does not limit himself to chess. He has met in person nearly all the postwar World Chess Champions. Sutovsky’s historical essays on chess history have appeared in a number of publications worldwide, among them the chess magazine Europe Échecs. Recent victories include the 2015 Biel Masters Open Tournament, the 2016 strong Nona 75-ACP Open in Tbilisi and the 2017 Karpov Tournament in Poikovsky, in which he showed the best statistical result of his entire career. Sutovsky was the president of the Association of Chess Professionals in 2012–2018 and has been serving as FIDE Director General since 2018.

Like many chess players from his generation, John Donaldson became fascinated with the game while following the Fischer-Spassky World Championship match played in the summer of 1972. Not long after it ended he joined the Tacoma (Washington) Chess Club, where despite a late start (age 14) he made steady progress earning his National Master and Senior Master titles in 1977 and 1979, respectively. He became an International Master in 1983 and currently has two of the needed three norms for the Grandmaster title. For the past 35 years Donaldson has been a chess professional working as a writer, journalist, coach and historian of the game as well as playing. He has served as the U.S. team captain 21 times, including 13 of the biennial Chess Olympiads. Highlights include first place finishes in the 1993 World Team Championship and the 2016 Chess Olympiad. Donaldson has served as director of the Mechanics’ Institute Chess Club of San Francisco, the nation’s oldest, for 20 years. Donaldson is the author of over 30 books on all aspects of chess with an emphasis on the history of the game and individual players. Among his best-known works are biographies on Akiva Rubinstein, Bobby Fischer and Alexander Alekhine.

Maxim D. Shrayer, born and raised in Moscow, is a bilingual author, scholar and translator. Professor of Russian, English and Jewish studies at Boston College, Shrayer serves as director of the Project on Russian and Eurasian Jewry at Harvard’s Davis Center. Shrayer authored and edited over 15 books in English and Russian, among them the internationally acclaimed memoirs “Leaving Russia: A Jewish Story” and “Waiting for America: A Story of Emigration,” the double biography “Bunin and Nabokov: A History of Rivalry,” the Holocaust study “I SAW IT” and the travelogue “With or Without You.” Shrayer won a 2007 National Jewish Book Award, and in 2012 he received a Guggenheim Fellowship. Shrayer’s “Voices of Jewish-Russian Literature” was published in October 2018.