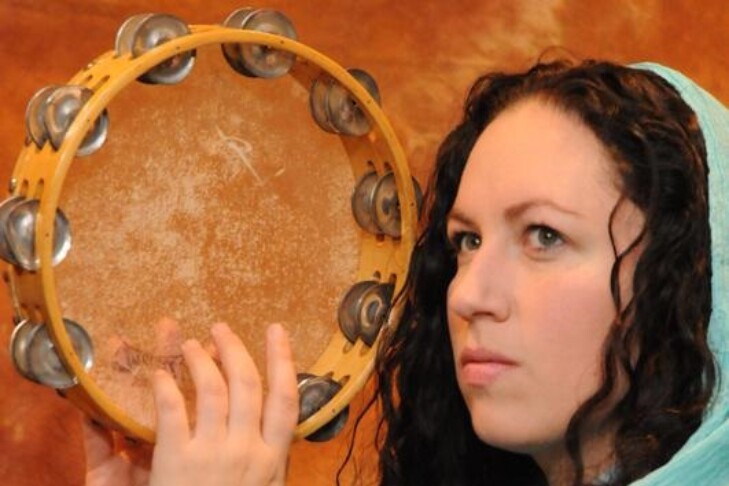 All of the music (22 songs, including some never recorded) was written by Debbie Friedman, an icon in ritual music based largely on biblical liturgy and stories. Work on the show began in 2002 during a NFTY summer trip to Israel while sailing on the Exodus from Crete to Israel (Debbie as the song leader and Alan as the medical director). Debbie remarked that no musicals had ever been written about biblical women. Alan suggested combining songs she had written about these women with a script that would tell the story of one of the most famous Miriams, the older sister of Moses and Aaron.

Miriam was one of the seven named prophets of Israel. Scripture describes her alongside of Moses and Aaron as delivering the Jewish people from exile in Egypt. Miriam is the first woman to bear the label “prophet.” She is the archetype of the female prophetic tradition, even as Moses heads the male. Other women in this category include Deborah and Hannah. Miriam had a gift from God to find water. She made possible the 40-year survival of the Jewish people during their wanderings in the desert on their way to the Holy Land.

The play covers the time period from when Miriam helps Moses find his place in the Egyptian pharaoh’s court through the Exodus from Egypt, receiving the Ten Commandments at Mount Sinai (there were actually 613), and finally her death without ever reaching the Holy Land.

We see her humanity, her frustrated love, her struggles dealing with her brothers and with God. Debbie wrote a great deal of music, so we had the good fortune to choose from soulful ballads, upbeat dance songs and songs with just fun lyrics. The show is very upbeat with multiple styles of dance (original choreography by Bruce Williams of New York Ballet) and ends with a mega mix of some of Debbie’s best known and frequently sung songs.

The music has been arranged for multiple voices and full orchestra by Or Oren (The Debbie Friedman Suite) and musically directed by Judy Hayward (winner of multiple New Hampshire theater awards). The cast is a mix of professional and community theater performers. Playing Miriam is New Hampshire native Arielle F. Kaplan, an actress in the Boston area and a cantorial soloist at several congregations in New England. She was on the NFTY trip with Debbie in 2002 and is a frequent performer of her music.

Tickets are available through the Manchester Community Theatre Players website or Brown Paper Tickets at 1-800-838-3006.