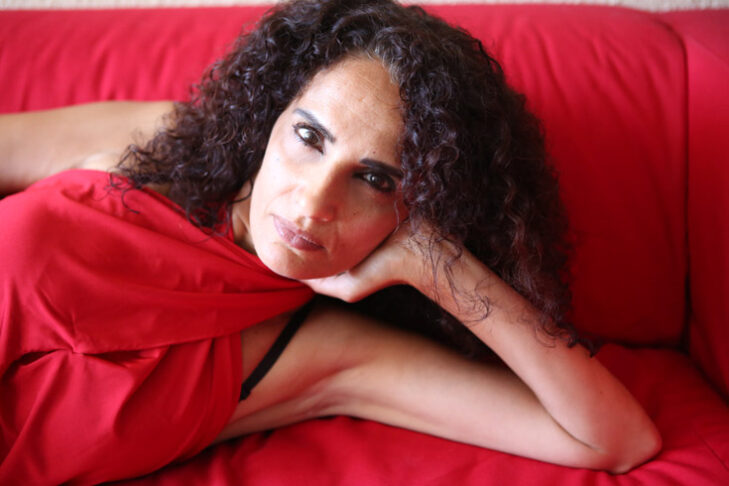 Raida Adon’s “Body Recalled” (2011) is currently on view in “re: collections, Six Decades” at the Rose Art Museum. In her work, Adon employs fictional narratives imbued with a sense of alienation to address a personal and collective search for identity and longing for home.

This program is presented by Studio Israel, an online conversation series, chaired by Caron Tabb, that looks at Israeli culture and diversity through the lens of contemporary Israeli artists and creatives. Studio Israel is a partnership among Hadassah-Brandeis Institute, Jewish Arts Collaborative, the Schusterman Center for Israel Studies and the Vilna Shul, and is made possible by generous support from Combined Jewish Philanthropies. This event is also cosponsored by the by the Rose Art Museum, and is supported by the New Israel Fund’s Essential Art project.

Raida Adon (b. Acre, Israel, 1972) is an Israeli-Palestinian multimedia artist whose artworks emerge from her complex biography, addressing conflicted nations and the relationship between two interrelated societies. Adon is also an acclaimed television and film actress, as well as a director known for “A Trumpet in the Wadi” (2002), “Pillars of Smoke” (2009) and “Fauda” (2015).