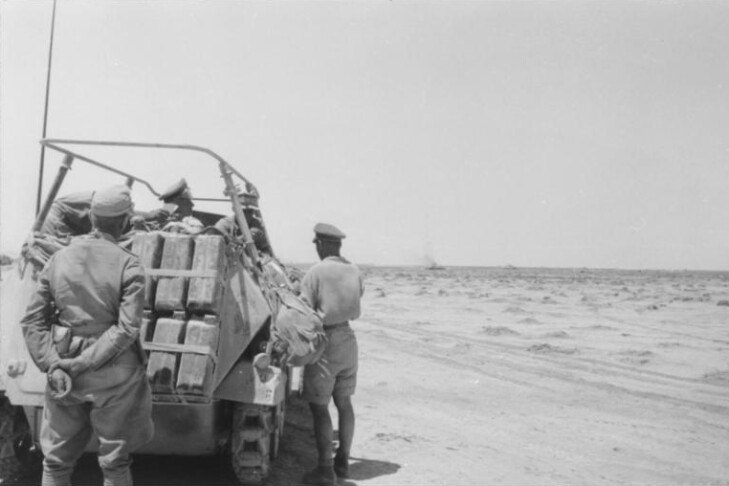 In the summer of 1942, Erwin Rommel’s army was a day from Cairo, a week from Tel Aviv. The SS was ready to go into action. The Jews of Palestine expected catastrophe. Espionage brought the Nazis this far, and only espionage could stop them.

“War of Shadows” is the epic story of the World War II intrigues that brought Germany’s Rommel to the brink of conquering the Middle East. Years in the making, based on newly discovered documents, this book is a feat of research and storytelling. As in his previous work, Gorenberg strips away myths about Middle East history. “War of Shadows” debunks the established “war without hate” narrative about the battle for North Africa, a narrative that erased the people who lived in the region and the reach of the Holocaust beyond Europe.

As political history, “War of Shadows” describes events that would shape the Middle East and set the stage for the creation of Israel. As espionage history, it describes the origins of high-tech encryption and hacking. And as cinematic non-fiction, it’s the story of forgotten heroes, people who changed the world and were erased from memory.

Gershom Gorenberg is a historian and journalist. His previous books include “The Unmaking of Israel” and “The Accidental Empire: Israel and the Birth of the Settlements, 1967-1977.” He is a columnist for The Washington Post and has written for The New York Times Magazine, Atlantic Monthly and The New York Review of Books and in Hebrew for Haaretz. He lives in Jerusalem, except during stints teaching a workshop on writing history at the Columbia Graduate School of Journalism.

Jonathan D. Sarna directs the Schusterman Center for Israel Studies. He is University Professor and Joseph H. and Belle R. Braun Professor of American Jewish History in the Department of Near Eastern & Judaic Studies at Brandeis University.

Yehudah Mirsky is a professor of Near Eastern and Judaic studies and core faculty member at the Schusterman Center for Israel Studies at Brandeis University.

Co-sponsored by the Center for German and European Studies and the Schusterman Center for Israel Studies at Brandeis University.