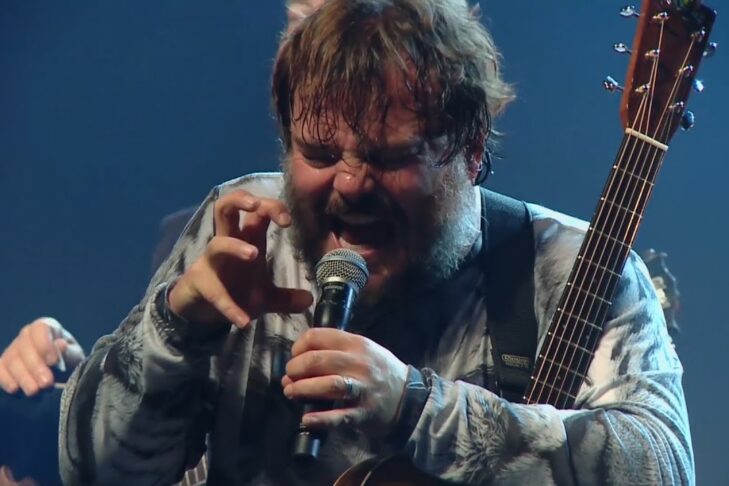 “There are a ton of Christmas songs out there and uhh, not too many Hanukkah songs,” Adam Sandler once said. What other Hanukkah songs beyond the soundtrack to Sandler’s “Eight Crazy Nights” and the aforementioned SNL skit, however excellent in their comedic value they may be, exist? The answer, now, is 11 of them.

Jews everywhere are finally getting the Hanukkah record we deserve. “Hanukkah+,” released only a few weeks ago, is the perfect soundtrack for biking through the Lower East Side at midnight while eating sufganiyot.

Inspired by Yo La Tengo’s annual tradition of playing a show every night of Hanukkah, “Hanukkah+” (Verve Forecast Records, Universal Music Group) was produced by Grammy-winning music supervisor Randall Poster (“The Red Sea Diving Resort,” “The Hangover” trilogy, “School of Rock,” “Dogma” and so much more).

Jack Black, who was raised Jewish, bookends the record. With the same frenetic energy that is quintessential Black, the album kicks off with an a cappella version of a Hanukkah classic, “Oh Hanukkah.” This track, however, reminds you that Black can actually sing without trying for laughs; his voice is channeled into technique until the end. His vocal runs evoke Arabian nights vibes. The puzzling bonus track of the Passover song “Chad Gadya” is goofy at best. Why is this even on here? Passover and Hanukkah are two completely different holidays. (Maybe that’s what the “plus” in the album title is for?)

“Dreidels of Fire” is a confusing, indie-folk love song about a holiday personified. Adam Green (The Moldy Peaches) sings in wonderment about the Hanukkah miracle, asking, “How the heck do you explain that shiz?” The oil lasting for eight days was, as he claims, “The greatest miracle of all time.” Despite this, “Hanukkah hurt me when she gimmel-ed me…She turned my Festival of Lights into a festival of pain.” As great as the song may be, how the heck do you explain that shiz, Adam Green? 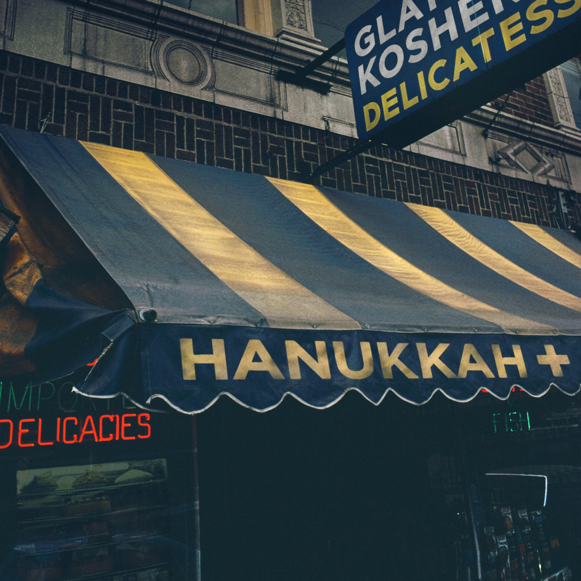 Some artists wrote tracks specifically for this album. The Flaming Lips once again make you question your mortality with “Sing It Now, Sing It Somehow.” Boogie folk jam “Eight Nights A Week” is such a departure from the album’s classy grace. Still, Loudon Wainwright III gets props for writing an upbeat song that ends with, “Hanukkah just might be a no-go. Ho ho ho.” Alex Frankel’s ever catchy “Hanukkah in ’96” is the synth-pop Hanukkah song we didn’t know we needed.

The instrumental “Dedication” by Tommy Guerrero is another standout. Reminiscent of candles flickering, the track is a suave, mellow jazzy one, rife with warm guitar tones and perfect for the classiest of Hanukkah soirées. Yo La Tengo’s contribution—“Eight Candles”—evokes similar vibes.

Soft-rock heroes HAIM shine with their beautiful vocal harmonies on “If It Be Your Will,” yet this Leonard Cohen (z”l) cover is too religious for comfort on this secular compilation. Buzzy Lee’s soprano on outlier track “Give You Everything” is beyond out of place. “I wanna give you everything/Applesauce and diamond rings,” she pleads. Skip this one.

“Hanukkah+” is the first of its kind, proving that music for Jewish holidays doesn’t have to sound “Jew-y” or be filled with Hebrew or Yiddish to be appropriate. All in all, “Hanukkah+” is a tumultuous journey, which, like that of the Maccabees, is touch and go for awhile but remembered for its triumph.

Ashley Jacobs
Ashley Jacobs is the content manager for JewishBoston.com. She thrives on adventures, connection and rock & roll. Email her at ashley@jewishboston.com.