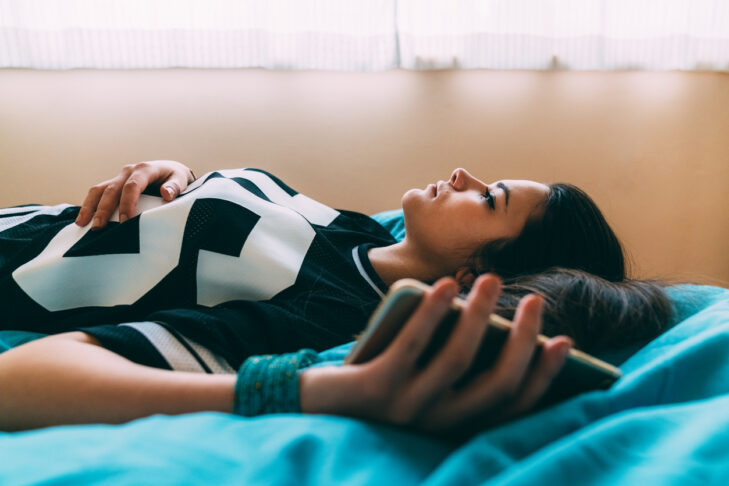 Being 12 is, arguably, when things really start to go downhill. Before 12, at least for me, life was pretty great. Sure, I had to go to school and couldn’t drive and wasn’t really sure what I wanted to do with my life, but I was a kid. I just thought that’s what life was. But 12. Once I hit 12, I really only wanted to do two things: drink coffee and say the F word.

When you hit 12, the expectations really start to creep in. Who do you want to be for your first year of middle school? What clothes are you going to wear? What friends are you going to keep? This whole androgynous feral girl-child thing I had going on was cute for a while, but at 12, it started to get a little off-putting. The general consensus, at least in my perception, was that it was time to start taking things more seriously. No more hunching over Microsoft Office in the small hours, no more reading under the desk, no more unhinged siren hair. I should focus on more womanly pursuits, like eyeliner and Hashem. And, to my credit, an attempt was made.

Until I was 12, religion was not a large part of my household. Other kids went to Jewish camp and learned Hebrew, but I was new to the whole thing. So when I started attending Hebrew school, I was an outlier. It should be noted that none of this was my parents’ fault. Like most weird adults, I was a weird kid. The other kids in my class had known each other since grade school. I was an interloper with a lot of opinions and very little practical knowledge. Not the easiest to bond with.

Something else to note is that the only root similarity that kids in Hebrew school have is Judaism. We came from all different schools and only saw each other for a couple of hours a week. We had few friends and fewer interests in common. I’m sure lots of people found lifelong friends and confidants in their cohort. I am not of that group.

Every Sunday morning—one of my two free mornings a week—my father drove us to the synagogue. This was one of the good parts, since he always kept the radio tuned to “Breakfast with the Beatles” (I did not listen to music from later than 1989 until I was well into my teens). Another good part was the bagels, though coffee was strictly for adults. You can imagine the policies on the F word. Then services, and then a brisk, three-hour theological lecture. I would miss these once I hit eighth grade and the topic pivoted to the Holocaust.

This is not to say that I hated Hebrew school. Once I caught up a little, things started to make more sense. I had a few positive interactions and made a few good friends. I’m grateful for the ability to become enmeshed in my community, and Hebrew school acted as a jumping-off point. Maybe I would have had a better time if I’d been there from the beginning, but honestly, I’m not sure if it would have made much of a difference. And at least the F word was only a few years away.