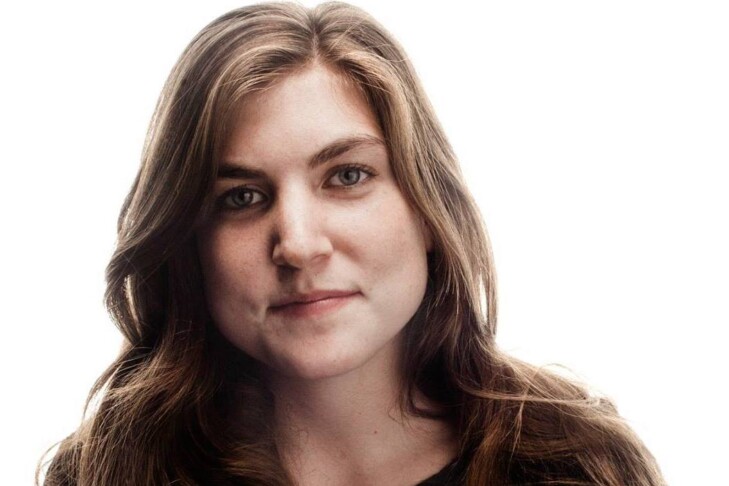 Effectively a Holocaust “witness” since she was 8, East Coast photo and video journalist Shira Stoll has composed videos and texts to keep the memories of survivors alive.

In the 18 years since, she’s kept that faith: As a staff member of the Staten Island Advance, she created a compelling video and text of 15 Holocaust survivors living on Staten Island, won an Associated Press Award for first-place video, shown on PBS, and won a New York Emmy for her documentary film (called “Where Life Leads You,” after a woman survivor’s remark).

Shira was 8 when Helen Feinbrun, who for years took care of her and her siblings while their parents went to work, told Shira of her confinement and the loss of her parents, four of her five brothers, a sister and best friend at Auschwitz. Helen herself barely survived.

A devout Jew who attended the same Patchogue, Long Island, shul as the Stolls, Helen managed a happy life in the U.S. She made a deep impression on Shira, with whom she did “everything,” and who referred to Helen as “my third grandma.” When Helen died in 2011, Shira deeply regretted she’d never photographed her or recorded her story.

In a Jewish studies course and Yom HaShoah observances as a student at Solomon Schechter Day School in Suffolk County, N.Y., Shira was reminded of the gruesome details she already knew.

What gave her the idea to depict Staten Island survivors was an assignment at the Advance to cover Cafe Europa at the Staten Island Jewish Community Center. “I loved the beautiful event,” she recalls, with such memorable scenes as “Holocaust survivors grabbing the hands of loved ones.” She already knew the songs and dances, and “I felt Helen’s presence, saw her face in all of the survivors. It was as if she’d led me there to continue her mission—talk about it so people never forget.”

In 2017, Shira made her first video featuring local survivors to accompany a news story. She’d contacted Lori Weintrob, director of the Holocaust Center at Wagner College on Staten Island, who gave her names of survivors for Shira to document their stories.

Most were eager to share their experiences, but others were reluctant. One man became so emotional that, through his tears, he told Shira he couldn’t continue. But weeks later, he relented, and his 15-minute interview—the others’ lasted hours—became the most memorable for groups that viewed them.

Shira says she always tries to evoke emotions—”not always sad ones.” But those interviews imposed a major emotional toll on Shira, leaving her to battle second-hand trauma, something akin to post-traumatic stress syndrome.

“I struggle a lot with trying to manage this feeling every time I deal with very emotional topics, heavy stories,” she says. “I feel so much empathy and deep connection with the person I’m interviewing, I get to a point where I physically and emotionally take on some of their terrible experience.”

The syndrome notwithstanding, the 26-year-old manages some happy pastimes, such as bike riding, hiking, piano-playing and reading. And Shira, the Hebrew word for “song,” appropriately, led the Jewish singing group Oy Capella at her college, Syracuse University Newhouse School.

In her summers she attended USDAN art camp, then studied photo illustration and Spanish at Syracuse University. After taking a photo journalism course in London her senior year (“It changed my life”), she earned a master’s degree in photography from Syracuse.

While survivors whose accounts she’s memorialized are of different ages, came from different countries and survived different camps through different means, Shira found they sometimes said or indicated the same thing—for instance, three different survivors raised their fingers in the air to describe the smoke from the crematorium. And, no matter how they managed to escape, all credited their faith in God.

Predicting “these stories of the Holocaust survivors will stay with me the rest of my life,” she pays little attention to those who tell her to stop dwelling on the Holocaust. Shira points out: “Especially with antisemitism on the rise, and when we’re reaching a time when no survivors will be left who are able to talk about the Holocaust, it can happen again if we don’t respond to the warning signs. If we don’t keep the stories alive, history will repeat itself.”

She insists she didn’t do her accounts of Holocaust survivors to perform “a great mitzvah, but because Helen told me she didn’t want people to forget what happened.”

“Even if students aren’t Jewish,” Shira comments, “they have a connection to the Holocaust because their neighbors are these survivors.”

And, without involving herself in political arguments, she declares, “Any government is wrong that turns aways people seeking asylum for fear of being killed in their home country.”

Shira recently moved to Boston to be a digital content producer at NBC 10 Boston/New England Cable Network/Telemundo. She’ll undoubtedly cover lighter subjects as well as heavy ones. But she’ll never forget Elie Wiesel’s comment: “Listening to a witness makes you a witness. And it’s true. Once you hear the stories, you can never go back. You’re a witness to the Holocaust, and it’s your responsibility to keep the stories alive.”

This was originally published in the San Diego Jewish World. 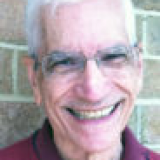 World Premiere of Music Based on “I Never Saw Another Butterfly”