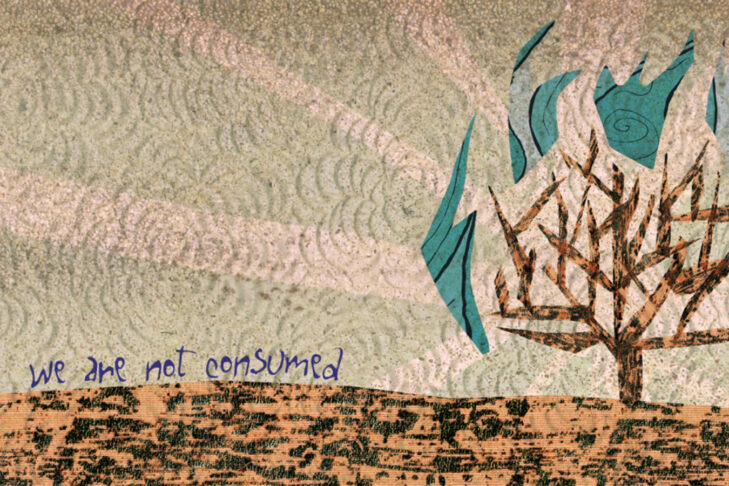 Moses is the original social justice lobbyist. When Moses wakes up to the injustice of the Israelite slavery, he is not in a position to make any grand changes to the social and economic structures of Egypt. He is not the Pharaoh. But he is a “prince of Egypt” and that comes with some privilege and avenues for change-making. Lobbyists use relationships to influence the decision-makers in power. Shemot Rabbah, our midrashic collection on the Book of Exodus, imagines several different potential interventions from Moses to improve the lives of the oppressed.

In Shemot Rabbah 1:27, Moses offers direct help. The midrash tells us that when Moses saw a person struggling with an unjust burden, “he would use his shoulders to assist each one of them.” Moses is not afraid to get his hands dirty. He gets down in the mud with the slaves and tries to help. This kind of direct, one-to-one justice work is real, impactful and potentially life-changing for individuals.

Then Moses starts to think a little bigger. Perhaps he realized that the problem won’t be solved one burden at a time, and so Moses seeks a way to help more people at once. He looks for people with particularly harmful burdens and starts shifting things around, changing the job assignments to be more reasonable:

Here Moses begins to rebel as an act of resistance to Pharaoh’s tyranny. He starts to work against Pharaoh. By impersonating a task master, he claims more authority than is rightly his and is able to help more people.

Finally, Moses seems to change course and try a completely different tactic. Instead of helping individuals directly, or even reorganizing on a small scale, Moses seeks to make change for the entire Israelite slave population. He uses his personal relationship and access to Pharaoh to suggest a major change. In Shemot Rabbah 1:28, Moses convinces Pharaoh to allow his slaves to rest on Shabbat. Like all good lobbyists, he does this by making the case that this is in Pharaoh’s best interest. He argues that well-rested slaves are healthier and therefore more productive:

“Another interpretation: ‘And he saw their suffering’ that they did not have rest. He went and said to Pharaoh, ‘One who has a slave, if he does not rest one day a week, he will die! While your slaves, if you don’t allow them rest one day a week, they will die!’ He [Pharaoh] said to him: ‘Go and do for them as you are saying.’ Moses went and established the Sabbath day for them to rest” (Shemot Rabbah 1:28).

Moses is an effective lobbyist. But lobbying will only take you so far. Sometimes what is needed is a total upending of the power structure —complete with plagues and a mass exodus! This midrash teaches us that the dual roles of lobbyist and prophet go hand in hand. Or perhaps the first is a prerequisite for the latter. It is in direct response to Moses’s political actions that God decides to get involved:

“The Holy Blessed One said: You left aside your business and went to see the sorrow of Israel, and acted toward them as brothers act. I will leave aside the upper and the lower [i.e. ignore the distinction between Heaven and Earth] and talk to you. Such is it written, ‘And when the Lord saw that [Moses] turned aside to see’ (Exodus 3:4). The Holy Blessed One saw Moses, who left aside his business to see their burdens. Therefore, ‘God called unto him out of the midst of the bush’” (Shemot Rabbah 1:27).

God sees how Moses notices the cries of the oppressed and gets involved. Moses is willing to stretch beyond his usual scope of power and influence to right the wrong. God is inspired to do likewise. In this version of the story, Moses is not a pawn who carries out God’s plans for liberation. Moses is the role model who gives God the idea.

How do we make change in our society? When we see something unjust, what opportunities do we have to right the wrong? We start small, and then think bigger. And when the work feels too enormous and our impact feels insignificant, we can remember Moses and ask ourselves: What might we do to invite divine intervention?

Rabbi Avi Killip serves as vice president of strategy and programs at Hadar. She was ordained in 2014 from Hebrew College’s pluralistic Rabbinical School in Boston. She was a Wexner Graduate Fellow and holds a bachelor’s and master’s from Brandeis University in Jewish studies and women and gender studies. She is a current Shusterman Fellow.