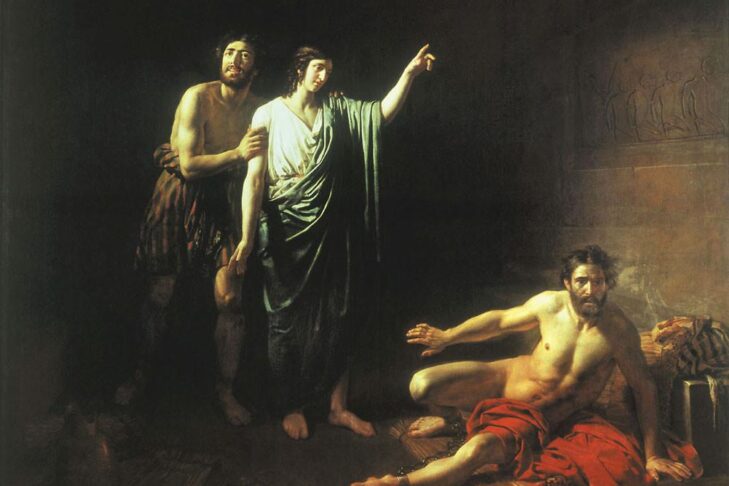 “We have dreamed a dream and there is no one to interpret it.” This verse from this week’s Parshat Vayeishev strikes me as painfully sad. It is the voice of two people who are lost and disempowered, who find themselves unable to make meaning of the world around them.

In this week’s parsha, Joseph, after refusing the advances of Pharaoh’s wife, finds himself thrown into the dungeon, with the chief baker and the chief cupbearer as his fellow prisoners. The baker and the cupbearer wake in the morning, enveloped in the memory of the previous night’s dreams, and they are visibly troubled. Joseph asks, “Why are your faces sad today?” They respond, “We have dreamed a dream and there is no one to interpret it.” Joseph responds, “Don’t interpretations belong to God?”

The cupbearer and the baker dream a dream and not knowing what it meant, they turn their lives over to a stranger. They give Joseph the power to interpret their dreams and in doing so, the power to determine their future. But, what if instead of feeling powerless in the course of their confusion, they felt empowered? What if instead of relying on someone else to interpret their dreams, they served as their own interpreters?

In Massechet Berachot, Rav Yochanan teaches that if a dream leaves a person feeling distraught, he should have his dream interpreted by a committee of three. This would seem to suggest that we should, in fact, turn to others to interpret our dreams for us. And yet, the Gemara immediately responds, didn’t Rav Hisda teach that a dream that is not interpreted is like a letter that is not opened? Perhaps it’s better to leave that dream uninterpreted. As long as that distressing dream is sealed tight in the envelope, it can have no effect on the dreamer. Once you open that envelope and interpret that dream, there’s no going back.

So, what should you do? The Gemara responds: Don’t turn to a committee of three to interpret your dream; rather, amongst a group of three, you should initiate a ritual to make it better yourself. You should say, “I dreamed a good dream,” even if this is not true, even if things look dismal, and the three repeat after you, “It is good, let it be good, God will make it good.” The community is there to offer affirmation but ultimately, the dreamer takes control of her fate. The dreamer transforms her own destiny.

Ameimar, Rav Zutra and Rav Ashi offer another way a dreamer may respond to a distressing dream. At the moment during prayer when the priests lift their hands to offer the community the priestly blessing, he should say the following:

Master of the Universe, I am Yours and my dreams are Yours. I dreamed a dream and I do not know what it is. Whether I have dreamed of myself, whether my friends have dreamed of me or whether I have dreamed of others, if the dreams are good, strengthen them and reinforce them like the dreams of Joseph. And if the dreams require healing, heal them like the bitter waters of Mara by Moses our teacher, and like Miriam from her leprosy, and like Hezekiah from his illness, and like the bitter waters of Jericho by Elisha. And just as You transformed the curse of Balaam the wicked into a blessing, so transform all of my dreams for me for the best.

Both of these texts suggest that when one is confounded or distressed by a dream, or let’s say the events in one’s life, one shouldn’t give these events over to an external party to interpret and make sense of them. Rather, the dreamer must hold onto the reins of his own life. The dreamer has the power to reinterpret them, to transform them from negative to positive, and the community’s role is to offer affirmation and support.

As we read this week’s parsha, let us not be like the cupbearer and the baker who turn their dreams over to Joseph. Rather, when we wake in the morning, when we dream a dream and we do not know what it is, let us recognize that we are the interpreters of our dreams. The dream follows the mouth of the interpreter. May our dreams be strengthened like the dreams of Joseph, and may we find healing like the healing of Miriam. May we hold on to the power to determine the shape of our lives, recognizing that our dreams are in our hands.

Rabbi Avi Strausberg is director of National Learning Initiatives at Hadar in Washington, D.C. She is a 2015 graduate of the Rabbinical School of Hebrew College.