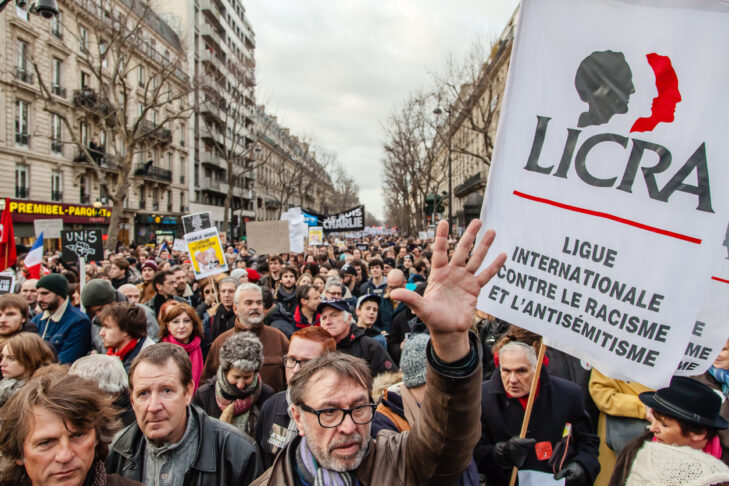 They are not alone. Throughout the world, anti-Semitism is growing apace, and the more crises there are in the world, and there have been plenty of them, the faster anti-Semitism intensifies. Currently, the most dangerous hub of anti-Semitism is undoubtedly the United States. The tensions between Democrats and Republicans have not subsided since the 2016 elections campaign, and now they are rising toward the 2020 elections. Add to it the coronavirus that has struck millions throughout the country, the unprecedented riots against racism, the campaign to defund and disband the police and you have a perfect storm forming over the heads of American Jewry. Because in the end, people always have, always are and always will blame the Jews for every problem in the world. And when there are big problems, the Jews take a big punishment. Currently, the American Jewry is en route to a Holocaust proportions cataclysm.

But there is still a sliver of hope: If the fragmented American Jewry finds within it the strength to rise above what often appears as repulsion from each other, they will set an example to the rest of American society and the enmity toward them will be replaced with respect and a desire to emulate them. This will bring peace to the entire American society. If American Jewry does not unite, if they continue to dig trenches in their political stance and snub others for thinking differently, the American society will sink deeper into hatred and everyone will blame the Jews for it and punish them.

The Jews became a nation when they united “as one man with one heart” at the foot of Mount Sinai. Immediately thereafter, they were tasked with being “a light unto nations”—to spread the light of unity to the rest of the world. This is why when disunity escalates to violence and war, the Jews are blamed for it. The same will happen in America. It is not a question of if, but a question of when. And that when is not so far ahead. As a fellow Jew, as one whose family was annihilated almost entirely in the Holocaust, I pray that American Jewry will rise above all differences and be a light of unity unto the American people, for their sake and for the sake of America.

For more on this topic, read my book, “The Jewish Choice: Unity or Anti-Semitism: Historical Facts on Anti-Semitism as a Reflection of Jewish Social Discord.”