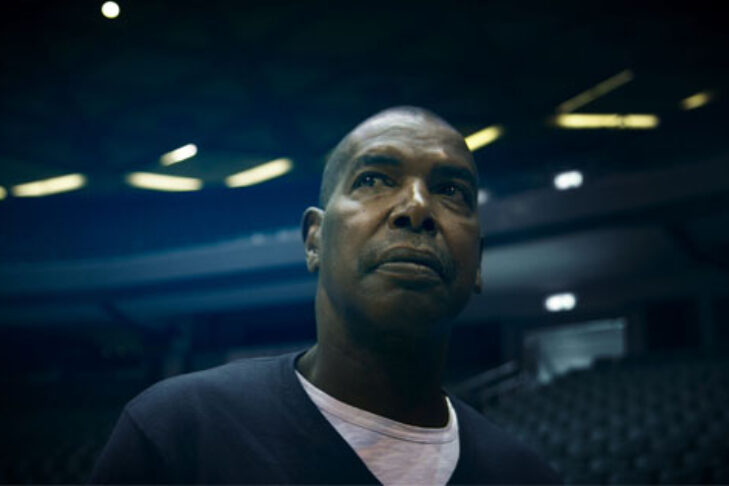 This month, Boston Jewish Film presents nine Israeli films that are eclectic for how they highlight life in Israel. They include a retrospective about a beloved Maccabi Tel Aviv basketball player, a dramedy about Russian immigrants who find their way in 1990s Israel, and a poignant comedic throwback to Israel’s 1980s music scene.

The festival opens with “Aulcie,” a documentary about Aulcie Perry, one of the first African American basketball players in Israel, who played in the late 1970s and early 1980s. The 6’10” Perry was the last player to be cut from The New York Knicks during the 1974-75 season. The following year, a scout spotted Perry playing in Harlem and recruited him. In 1977, Perry led Maccabi Tel Aviv to the first of its two European championships. Dani Menkin, who directed “On the Map,” an earlier film about the Israeli 1977 championship team, dramatizes Perry’s memorable rise and fall.

Perry was a legend on and off the basketball court, and Israeli fans couldn’t get enough of the superstar. The center’s name entered the Israeli lexicon as a synonym for being tall. His complicated yet ultimately loving relationship with Tami Ben-Ami, one of Israel’s first supermodels, fascinated the Israeli public. Perry embraced Israel as much as the country embraced him. His fans remained devoted even as his career began to wind down in the early 1980s. Perry’s conversion to Judaism seemed to set the stage for a “happily ever after” scenario in the Jewish State.

However, in the mid-1980s, Perry’s life took a downward turn. Family problems dogged him. He had a difficult relationship with his son from a previous relationship, Aulcie Perry III, and he was desperate to find his daughter, Cierra, whom he hadn’t seen in almost two decades. His quest to reconnect with Cierra frames the film. But as the film progresses, we learn that Perry became more dependent on painkillers for his deteriorating knees. In 1985, Perry was arrested in Amsterdam for selling heroin. He was expelled from Israel and extradited to New York, where he was convicted of conspiracy to distribute drugs. He spent 10 years in prison before returning to Israel permanently.

Menkin’s narrative back-and-forth structure works, for the most part. Things get awkward when he occasionally splices in animated sequences that substitute for unavailable footage. In the end, Perry is a redemptive figure who now lives in Israel as Elisha ben Avraham with his new wife, and has reunited with Cierra. 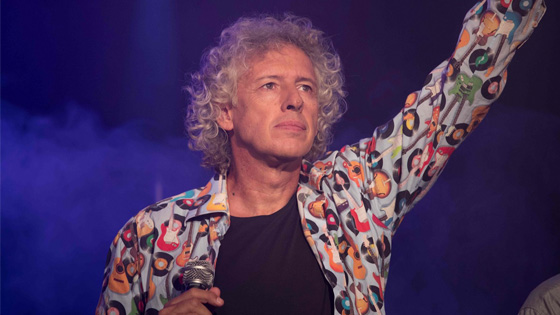 Remember the 1980s? Mickey Tevel can’t forget them. “The Electrifiers” is a sweet film about an aging Israeli rocker and the eponymous band still limping along against all odds. The Electrifiers hasn’t had a hit since winning a best new artist award in 1984 for a song no one remembers. Except for Mickey, who persists in reliving the glory days in his van, which he parks in his ex-wife’s backyard, band members work dead-end jobs and hold on to quashed dreams of glory. They get together on the weekends to play sad gigs in nursing homes and small hotels where no one pays attention.

Nevertheless, Mickey believes he’s still that 25-year-old rocker. He’s the only one. His long-time manager finally stopped advancing him money, yet Mickey’s refusal to give up on his dreams of international stardom is relatable and even inspiring. One can’t help but root for the guy. His artistic choice not to play the band’s accidental hit “Eli the Cat” is understandable, and even admirable. Mickey doesn’t want to be remembered as the talent behind a goofy kids’ song. Yet Israelis nostalgic for their childhood constantly request the song.

It seems the band’s fortunes take a turn for the better when Mickey meets Anna, a young, talented singer. Her performances engage audiences, and people begin to pay serious attention. An opportunity to play in America magically appears. But things are not quite as they seem, almost sidelining the band forever.

Despite the protagonists’ ages, “The Electrifiers” is a charming coming-of-age-story, inspiring anyone and everyone to keep pursuing their dreams. 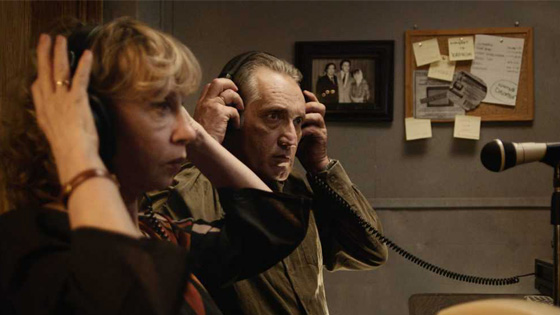 “Golden Voices” is a story that could only unfold in Israel within its unique and ongoing melting pot of immigrants. The film, which takes place in the early 1990s, is a comedy overlaid with an aching sadness. Vitya and Raya were voice-dubbers extraordinaire in the former Soviet Union. Famous in Russia for giving voice to classic and newer actors from Europe and the United States, the couple comes to realize there is no call for their vocation in Israel.

Like many olim (immigrants to Israel), they struggle to learn Hebrew and pay their bills. They’ve been relegated to anonymity in their new country. They scan employment notices in Russian papers without success, until Raya sees an ad looking for women with pleasant voices and offering good compensation.

At 62, Raya still has a girlish voice. She soon realizes she has applied to work in a sex call center, where there is plenty of work in talking to lonely Russian immigrants. At first awkward, Raya adopts the persona of a shy 22-year-old virgin. She’s brilliant at her job but tells Vitya a silly story about selling perfume over the phone. In the meantime, Vitya has found work dubbing for a video store that illegally films movies currently playing in cinemas.

In addition to presenting the challenges that new immigrants face, “Golden Voices” is also the story of a marriage. What happens when one person in the couple assimilates more successfully than the other? “Golden Voices” explores the various, surprising answers to that question.