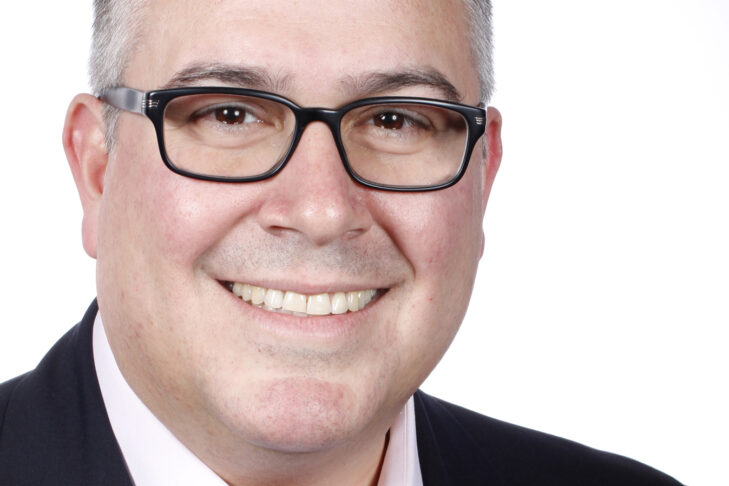 Eight years ago, Jeremy Burton assumed the executive directorship of the Jewish Community Relations Council of Greater Boston. The move was the culmination of Burton’s long-held desire to build a Jewish community that reflected his hopes, dreams and values. In contemplating his role as a Jewish leader in these precarious times for American Jewry, Burton said: “As with all these challenging issues, we look at the values that are definitional for the Jewish community. How can we focus on relationships and be proximate to those most impacted by these challenges?”

Burton recently spoke to JewishBoston about his work at JCRC, as well as the organization’s ongoing partnerships he has helped forge with government officials, faith partners and other Jewish organizations.

What were some of your career highlights before you came to JCRC?

My first career was in New York City politics. I worked as an intern for David Dinkins’s 1989 mayoral campaign. After Dinkins’s election, I worked in the mayor’s office in constituent services for the Jewish community and then for various candidates at the city and state levels. In 1997, I worked for Ruth Messinger when she was running for mayor. The two of us spent a lot of time talking about our Jewish journeys—journeys that drove us to be involved in civic life and public affairs. It’s not surprising to those who knew us that Ruth and I pursued paths in the Jewish community. I decided that when my time in political work ended, I would focus on building the kind of Jewish community I wanted to be a part of.

You recently wrote an article published in The Times of Israel in which you wrote: “…we need not be defined by antisemitism. And we should be taking note when the nation of which we are a part is failing to rise to its challenge.” What kinds of conversations have you had about your post?

I’ve had all kinds of conversations. The article came out of the experiences I had on my recent three-month sabbatical. So much of our work at the JCRC, particularly over the last year, has been about responding to attacks on the Jewish community as well as other people, rising hate, rising antisemitism and efforts toward solidarity. I thought about how we at the JCRC advocate for our community to partner with the government on issues of security. I thought about our interfaith partners and how we stand up for each other.

I went into my sabbatical with that interfaith work in mind. The heaviness of the last couple of years was also very much on my mind. The sabbatical was an opportunity for me to do some mid-life thinking about why I do what I do. I chose to dedicate a month of my time traveling across Europe, where I sat with the memory of 1,000-plus years of the Jewish experience there. I also pondered the ways in which we’ve adapted and changed and thought about our identity as a Jewish community in response to our experiences in Europe and in the Holocaust.

Where did your sabbatical take you?

I situated myself in the long arc of Jewish experience. I started in Krakow, and on the second day of my journey I took a powerful trip to Auschwitz. It was my first time there. I ended my time in Europe at the Alhambra, where the edict of the 1492 expulsion of the Jews from Spain was given. When I was in the Alhambra I was in the throne room, called the Chamber of the Ambassador, reading the words of Don Isaac Abarbanel, who was an advisor and courtier to the Catholic monarchs.

Abarbanel stood before the court after the edict of expulsion had been delivered and before he went into exile. He delivered a profound, powerful, rage-filled message to the monarchs in which he talked about his love for Spain being no less than theirs. He said the act of expulsion would be a blight on them for all of history.

How would you characterize your time post-sabbatical thus far?

I came back to a time that is not normal in our country. We have to combat antisemitism. Coming from the experience I had on my sabbatical—the notion that antisemitism is a very enduring feature of Western civilization—we’re now in a unique moment in the Jewish American experience. Antisemitism, which was not part of our daily lives for the last 25 years, is now on the rise.

The JCRC has taken leadership roles in areas that include community service, organizing for immigrant justice, government affairs, Israel engagement and Holocaust awareness. Tell us about that.

The work of the JCRC is the coordination—and sometimes leadership and sometimes facilitation—of how we as a Jewish community show up in partnerships beyond our community. That coordination is also the expression of our values and priorities as a Jewish community. It is also an expression of our commitment to a civic society that works together for the betterment of this world. We are celebrating our 75th anniversary this year, and immigration issues have been a concern and priority of the JCRC since our beginning.

In our current work, it became very clear in January 2017—the week of President Trump’s inauguration—how we as a Jewish organization and as a Jewish community make sense of the world as it is. We invited several of our longtime partners in immigration work, including the Massachusetts Immigrant and Refugee Advocacy Coalition, as well as an executive of a local mosque, many of whom we were already in partnership with, to talk about our concerns. It was a time to be vocal and present with our neighbors and our partners.

There was also a ban in place on immigration from some Muslim countries, and lawyers were providing legal aid at the airport. The following Monday morning, 17 Jewish organizations were among those that issued a statement in which we felt called to respond to the situation. It was clear the organized Jewish community believed this was a defining moment in American history, and we acted on the long-held values of our community.

The JCRC has also made a number of statements about diverse issues that include BDS, antisemitism, transgender rights, gun violence and Armenian genocide, to name a few. How do these issues reflect the mandate of a Jewish agency and the community you want to build?

The statements come from our council, which represents fascinating and special entities in American Jewish life. Forty-three Jewish organizations, which bring together up to 100 leaders, meet every couple of months to vote about issues such as principles of immigration reform and support for the security and democracy of Israel’s future. I have the privilege of guiding that process and presenting the results to faith and civic leaders.