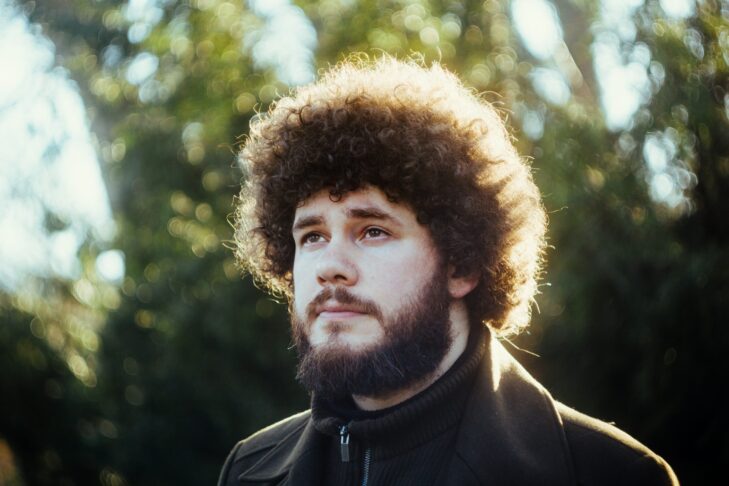 This week I had the immense pleasure of sitting down with the lovely musician Jacob Derwin. Jacob is an emerging songwriter from the New York indie and folk scenes and spent a brief but memorable stint on Season 36 of “Survivor.” His debut EP, “Modern Romance,” came out recently, combining elements of jazz, indie rock and pop to create an intimate portrait of detail and emotion.

To start, what are you listening to right now?

I’m on lockdown with my partner, Beda, who’s the best kind of theater kid. Lord knows I’ve put her through enough indie-dream-pop-shoegaze-quirky-folk music, so we’ve been on a Broadway kick. I’m catching up on the soundtracks I’ve never heard with someone who knows all the inside info. We started with “Falsettos,” which managed to be both the best and worst show for the moment. We found a recording of Steve Martin’s “Bright Star,” recently, and I just finished crying at the finale of “Waitress” a few minutes ago.

Your new EP, “Modern Romance,” is out now. Talk to me about the process of writing and producing the songs.

At this point in my songwriting career, I’ve got a few dozen songs I’m happy with. Most of them have been performed at an open mic here or a coffee shop there. All of them were written and tweaked at different times. The opening track, “Ants in Brisbane,” for example, was started during an unplanned trip to Australia in 2017, but wasn’t finished until about two years later. On the other hand, “Modern Romance,” the title track, was mostly written in one day back in April 2019 in a creative frenzy. I guess any experience, mundane or extraordinary, can inspire decent writing.

When I decided I wanted to get to work on a new EP, I got out an empty notebook and wrote out a list of songs I’d be most excited about creating full band arrangements for. Then I crossed out one at a time. And then wrote out the whole list again and repeated the process a few times a day for probably a week. Eventually I had a solid list of four that felt cohesive and conceptually fleshed out. Then it was time to start asking friends for favors, and I was lucky enough to get help from a ton of local talent with instrumentation and backing vocals. We basically spent all of January, and then some of February and March, putting this thing together. My pal Deirdre Crean recorded, produced and mixed the whole EP. She also played trumpet! This is as much her project as mine, and I’m beyond grateful for the hours she put into it.

How would you describe your music?

This is the toughest question for any songwriter, isn’t it? I tend to write sparsely—things I can perform at a guitar or piano in front of a room with limited resources. I don’t want an audience to miss out because I didn’t have a drum kit available. I like to tell stories and fill as much of a melody as I can with scene-setting lyrics. But for this project, I occasionally wanted to lean into more lush, orchestral sounds. When you’re lucky enough to have musicians available who play cello and oboe and mandolin, you incorporate them!

The shorter answer: I’m going for some sort of hybrid of John Darnielle, Harry Chapin and The Tallest Man on Earth. Lyrical, folky, story-driven but not without a good hook or two. 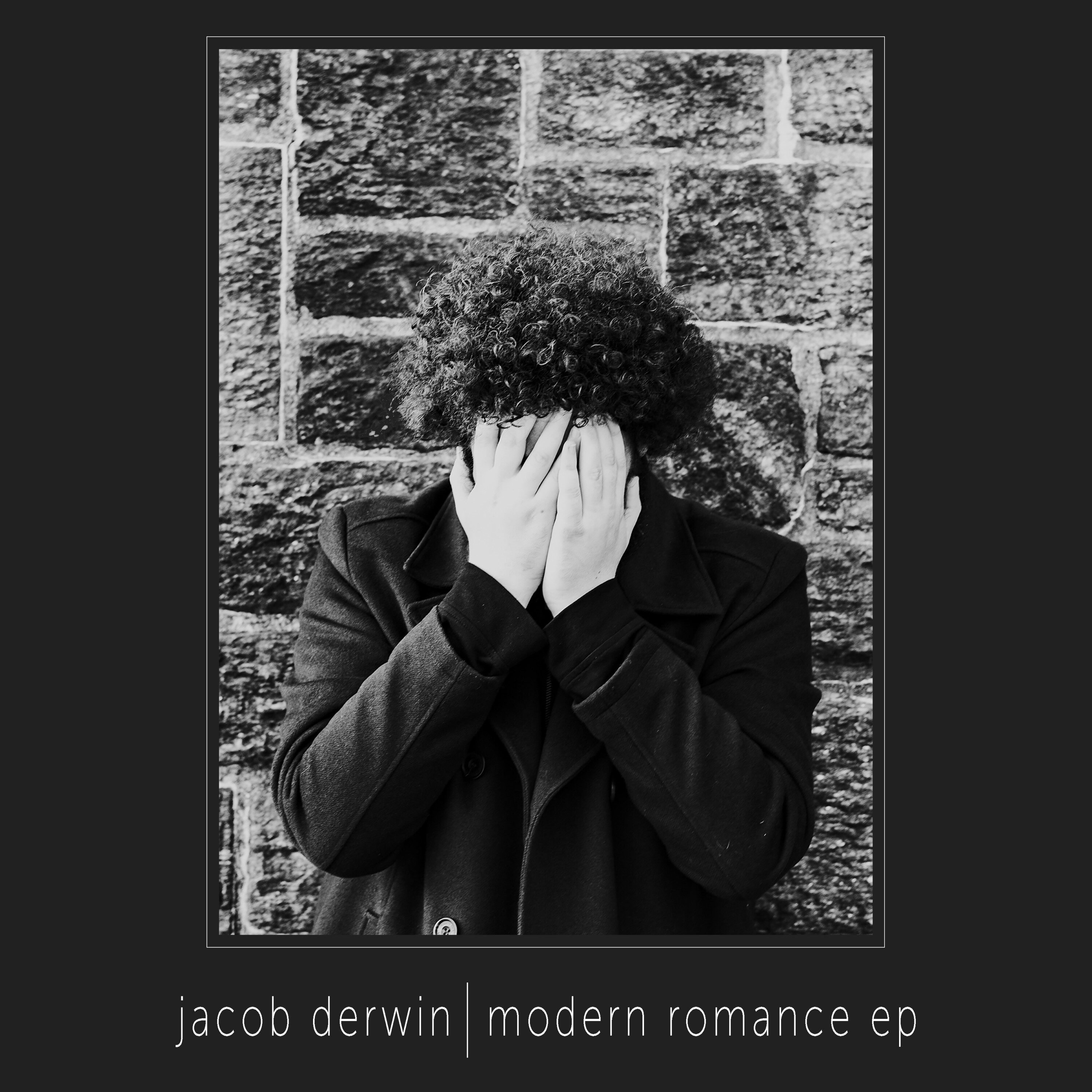 Can you recount a story from your recent tour?

Last June I rented a car and drove around the country, performing at any little venue that would let me, crashing on couches and in spare rooms. I reached Denver, where I stayed with my friend Kellyn. The next morning, I drove up, and I do literally mean up, to Breckenridge, which I think is at least a mile higher than the mile-high city. My friend Halle worked at a popular cafe in the middle of the tourist town and got me a gig in the backyard.

The altitude sickness didn’t really kick in until my lovely friend asked if I wanted to take the gondola up a few peaks to the ski resort she used to work at. My head was between my knees halfway through. I reached the ground and knocked back a few ibuprofens with the cafe’s delicious rosehip tea. And then went out back to perform a 40-minute set to the kind Colorado skiers enjoying their coffee and baked goods, head throbbing and lungs adjusting far too slowly. Despite all this, it was one of my favorite performances of the tour. The area was stunning. The people were sweet and tipped well.

What’s the best show you’ve ever seen? The best musician?

I literally keep a spreadsheet of every show I go to. So, let’s consult the spreadsheet! According to it, my favorite shows of all time include a performance by Mitski at Brooklyn Steel, Public Service Broadcasting inside of the space shuttle exhibit at the Intrepid Air and Space Museum and Paul McCartney at the Firefly Music Festival. Also, Sylvan Esso, Weird Al, Dawes, St. Vincent and Jonathan Coulton. So, a nice mix of spectacle, musicianship and plain old, “Oh my god, I love this song.”

How long have you been making music?

I’ve been involved in grade-school music programs since I was in fourth grade, and I took piano lessons as a little kid before that. But I didn’t start really writing my own music extensively until I was 15 or 16. I still play one or two of those songs—see “Revelation Song” from the mostly awful “Mira” EP—now and then. They act as a kind of time capsule. I get to enter my angsty teenage self’s brain with four chords. I’m almost 25, so it’s been nearly a decade now, which is kind of mind-blowing.

Does Judaism influence your work, and if so, how?

I grew up surrounded by contemporary Jewish music. I went to Jewish sleepaway camp as a kid. I was part of Reform youth organizations and youth groups. My first jobs were all as a religious music leader, so those sounds and styles inevitably worked their way into what I create. My competence as a performer is tied directly to my upbringing and origins as a Jewish worship leader or song-leader.

What’s your favorite song to perform?

Recently, it’s become “Wallflower,” which is the second track on the EP. It’s a little broody, a little sexy, a little familiar but wholly original. I think it’s a clear example of what my music generally sounds like. What makes it so fun is the banter that goes along with it. The song is about watching someone you’ve never actually met grow up over social media. People open up to me afterward sometimes. It’s relatable in its specificity. We all had/have internet friends. This one is for them: “Hey, that was kinda weird and I feel kinda weird about it. I hope that’s all right.”

If you could describe the theme of “Modern Romance” in a sentence, what would it be?

I have no idea how to answer this one, so I’m asking Beda: “Lessons you’ve learned along the way—it’s about love, kind of.” Works for me!

I’m working my tuchus off to get the music into as many ears as possible. Once it’s viable, maybe making a full-length LP. Maybe during lockdown I’ll start making an acoustic version of the EP for those who dig stripped-down versions.