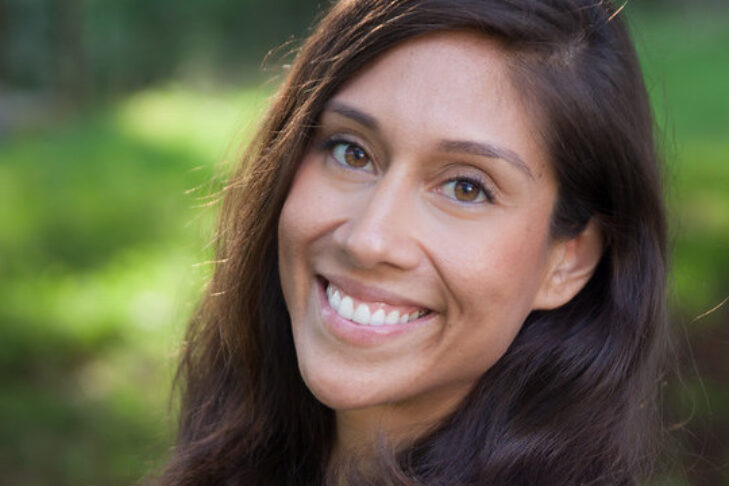 Latinx Heritage Month is the time of year when descriptive and creative portmanteaus of Latinx identities take center stage. Since 1988, the time between Sept. 15 and Oct. 15, formally known as National Hispanic Heritage Month, celebrates all things Latinx. As for my portmanteau—I am a Jubana, a Cuban Jew, proud of and vocal about my Sephardic and Ashkenazi blended identity. Traditions expressed in Ladino, Yiddish, Spanish and English enrich my DNA in the same way they augment the Jewish Latinx identity.

Perhaps no portmanteau so successfully elevates the Jewish Latinx identity as well as “Jewtina.” The name of a website founded earlier this year by Analucía Lopezrevoredo, Jewtina y Co. touts news and views related to Jewish Latinx matters. For example, many different Jewtina/x voices are published in the Voces section of the website—which translates into English as “voices.”

These heartfelt testimonies go to the core of the Jewtina/x experience. Reading through the section, it’s clear and astonishing how many Latin American and Caribbean Jews have played critical roles in the Western hemisphere’s destiny. In that spirit, Lopezrevoredo told JewishBoston that her website’s overarching message is to “raise awareness of these communities, which are often shunned by the mainstream Jewish communities in Latin American countries. Our job is to elevate their stories.”

Lopezrevoredo holds a Ph.D. in the social sciences and points out that the “y Co.” part of the website’s name does not refer to “company,” as in Tiffany & Co. Rather, the “Co,” she said, “relates to Jewtina y Co.’s stated values, or valores. They express Jewtina’s five goals that start with the letters CO.” The list published on the website presents ways in which the following five Spanish words relate to Jewtina y Co.’s mission:

CO-MUNIDAD: Actively building an inclusive space for everyone in our multiethnic, multiracial and multicultural community.

CO-NECCIÓN: Connecting Jewish-Latino/xs of all backgrounds to one another, widening our understanding of intersectionality within our community, and strengthening our global network.

CO-OPERACIÓN: Cooperating with organizations to achieve racial equity and social justice in and out of the Jewish and Latino/x communities.

CO-EXISTENCIA: Coexisting in partnership with other Jewish and Latino/x community organizations.

CO-NSERVACIÓN: Committing to the conservation of Jewish-Latino/x culture and ensuring that our dynamic heritage is not forgotten.

My own Jewtina identity is a mixture of joy, individuality and distinctiveness. Sometimes I’m the victim of occasional racism that comes from Jews and others. The discrimination from my Jewish sisters and brothers hurts the most. At my Hebrew day school, I was dubbed “Spic’n’Span.” Throughout my childhood, Ashkenazi Jews were suspicious because my Sephardic mother did not speak Yiddish. My mother’s Latinx accent was weird and equally threatening to Jews and others. Fidel Castro was an epithet thrown in our faces as if we were not loyal Americans. American Jews have also suffered scurrilous charges of dual loyalty, but in my experience, Latinx Jews dealt with the same insult within our communities. “Are you really Jewish?” fellow Jews have asked my Cuban mother.

Lopezrevoredo and I also spoke about her upcoming appearance on behalf of the Hadassah-Brandeis Institute’s Latin American and Gender Studies project on Thursday, Oct. 8. The program’s title, “Wandering Jews and Latinx Migrations,” encapsulates Lopezrevoredo’s identity. Born in Peru to a Jewish mother and a father who is not Jewish, the family lived in Madrid and subsequently came to the United States when the Shining Path, a Peruvian terrorist group, made it too dangerous to return home.

For almost a decade, Lopezrevoredo lived as an undocumented immigrant in America. Now an American citizen for 10 years, the experience led her to become an advocate for immigration reform. “Jewtina operates with a global spirit,” she said. “I want to widen the experiences of hyphenated Latinos everywhere. I want to highlight emerging communities—communities that have returned to Judaism or returned through Orthodox conversion. We want to place Jewish learning resources and Jewish thinkers side-by-side with Latinx thinkers. These two communities have influenced me and others.”

“We do a lot of work as Latinos to be in coalition with other communities of color,” Lopezrevoredo added. “The recent uprising for Black Lives Matter has been a resource for what Jewish Latinx groups are doing in their communities. We are doing a lot of introspective work to see where we either benefit from the structures of oppression, where we uphold them and what it takes for us to break them down so we can be true allies in coalition with various social justice movements.”

In the website’s resources section, Jewtina/x materials invite people to experience the Jewish holidays through a Latinx lens (there’s also a new podcast). The organization’s Sukkot guide urges readers to lean into “a week dedicated to welcoming others. [This] guide is meant to support you in elevating Jewish and Latino/x culture during the Sukkot festival, as well as inspire you to think about the ways in which you and the communities you are a part of can be more hospitable, compassionate and loving toward others in need throughout the year.”

As a Jubana, what particularly thrills me about Jewtina y Co. is the myriad ways in which the website honors the diversity of Jewtina/x people. These are sparks of holiness that continuously light up Jewish communities all over the world.