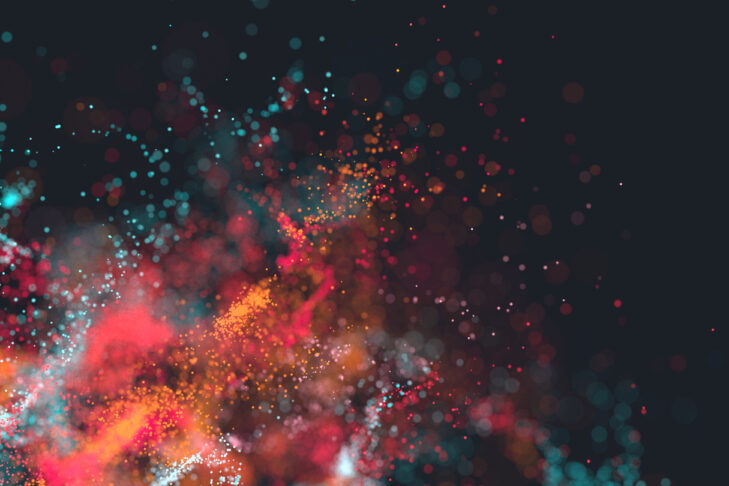 For most of my childhood, something was off. I was an avid reader with an incredible memory for facts but was always in trouble at school for forgetting pencils, notebooks, the backs of assignments. I was a picky eater, incredibly sensitive to loud sounds and had difficulty focusing on homework until I could do it in one fantastic burst of hyper-fixation hours before it was due. My grades were good (except when they weren’t) and my social skills were average, so idiosyncrasies in my personality were written off as growing pains, little issues to shake off, even indicators of an “old soul.”

I skated under the radar until the end of high school, when my constant, debilitating panic attacks were addressed. Mental illness stigma was a hotly debated topic, but the conversation mainly centered on anxiety and depression, both of which I had in spades. Surely my inability to sit still in synagogue, my pickiness, my constantly humming brain could be explained away by one of those.

It took until halfway through grad school, a full six years after my initial diagnoses, that I considered being evaluated for ADHD. For a diagnosis, a patient needed to exhibit seven of 12 symptoms. I checked all 12.

Suddenly, everything burst into color. ADHD in adult women manifests itself very differently than it does in young boys, who have become the poster children for the disorder. Girls are more likely to have inattentive ADHD, which makes symptoms more difficult to spot, and many women are not diagnosed until they are adults. Furthermore, stigma related to ADHD prevents many women from pursuing a diagnosis and treatment, as it did for me.

“I’m a college student and my general practitioner is through the college,” I remember telling a friend when I first suspected I may have had grounds for a diagnosis. “They’ll diagnose depression and anxiety, but if I show up and say ‘Hey, I think I have ADHD, please give me some Adderall,’ they’ll laugh me out of the office.”

Stimulant abuse is rampant in colleges, though people who actually need ADHD medication rarely abuse it. Still, meds like Adderall and Ritalin are perceived as study drugs rather than necessary medication. Because of this, people living with ADHD are often asked to sell their meds to friends (yes, really) and have a very difficult time obtaining them from pharmacies. Keyboard warriors on Facebook denounce diagnoses, claiming that medications for ADHD are over-prescribed and make children into addicts. Misinformation like this prevents people living with ADHD from seeking help.

When my ADHD was diagnosed, I suddenly became aware of the difficulties I’d had engaging with Judaism all my life. I could barely sit through a half-hour service, much less a three-hour Yom Kippur service. I didn’t have the focus to learn Hebrew, couldn’t dive into books of theory, could barely understand my girlfriend’s notes when she was converting. My neurodivergence had been a brick wall between myself and my religion for my entire life, and only now was I able to address it.

When my girlfriend and I attended services at Temple Beth Zion in Brookline, the synagogue offered fidget toys for kids or adults who had trouble sitting still. I began bringing a fidget cube to help me focus on the service. My meds made it easier to read dense texts and retain information. They helped me do research for articles, become involved in my community and grow my Jewish home. The Jewish world in Boston is also changing, becoming more accepting toward neurodivergent people by providing quiet rooms and accessible items like the fidget toys. In a world that actively stigmatizes ADHD and autistic people, Judaism has become a sanctuary of understanding and peace, and I’m so glad I finally get to fully appreciate it.