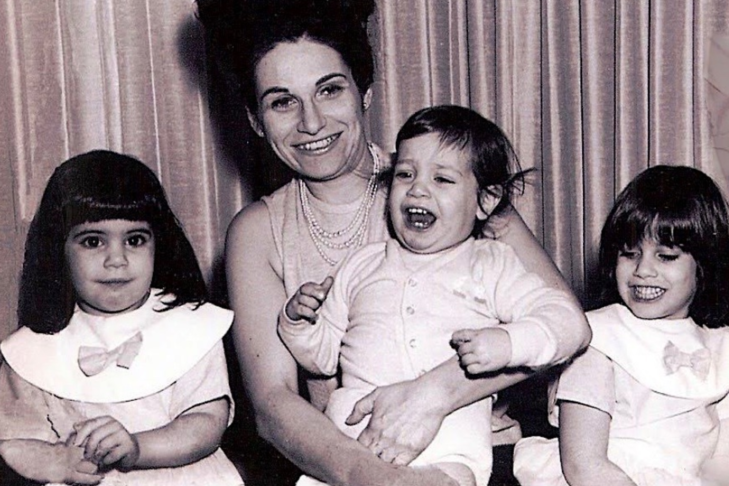 Last week, Jewish Women’s Archive and Let’s Talk About Food teamed up to present a virtual story event. Originally scheduled at City Winery in Boston, like all events these days the organizers adapted and moved the storytellers to Zoom. In their dedicated Zoom cubicles, presenters remembered stories of seders past, seders today and seders in the future.

This recording of the presentation is better than any summary I can provide. However, in the spirit of Passover food storytelling, I’m inspired to present my own tale. In some ways, it’s an anti-food Passover story. It features my mother and aunt, who figure into my Sephardic Jewish memories for, as you will read, very different reasons.

So, let’s go ahead and talk about food—the Passover edition. Food is family. Food is love. Food is the story of our lives. Please share your stories and food memories in the comments!

“The Empty Plate”
By Judy Bolton-Fasman

I cook the way I speak Spanish, which I describe as “kitchen Spanish.” My accent is intact, but my fluency comes and goes. It’s the same way with my culinary abilities—I know the basics but not much more.

I learned my Spanish from the women in my mother’s Cuban family, whom I watched peel and fry and roast their way to an improvised repertoire of Cuban-infused Sephardic Jewish food. I remember the picadillo my Abuela—my grandmother—made. She sautéed ground beef in tomato sauce, onions and garlic. The dish was then studded, Sephardic-style, with raisins—small bursts of sweetness swimming in an oily broth—a gift from one culture to another.

Abuela’s cooking genes bypassed my mother to be inherited by her younger sister, Tia Raquel. But my mother never let her lack of credentials get in the way of her achievements. In the afterglow of Betty Friedan’s “The Feminine Mystique,” she went back to school in the mid-1960s. I was 5 when she studied for a master’s degree in Spanish literature. She talked her way into the program without a college diploma, claiming it was trapped behind Castro’s rusting iron curtain.

During my mother’s graduate-school years, she used a cookbook holder to read “Don Quixote” as she stirred beef stew bubbling in ketchup, another meal on its way to burning the bottom of the pot. “Burnt food doesn’t have calories,” she said as we ate our charred dinner. She drenched tuna fish in Campbell’s cream of mushroom soup and baked the thick concoction until it left an exoskeleton imprinted on the Pyrex pan.

On the other hand, Tia Raquel had achieved total adulation from us kids with her American-style papitas fritas. She also excelled at making bourequas, a Sephardic version of knishes that we couldn’t get enough of. She pickled and cooked a cow’s tongue—the biggest block of meat I had ever seen—and paired it with tostones and arroz y frijoles. Tia Raquel’s recipes were never written down. Her dishes were an oral history of my family’s migration from Turkey and Greece to Cuba.

Not to be outdone by Tia Raquel’s success in the kitchen, my mother stepped up her game and made what turned out to be the driest paella in the western hemisphere. To give the dish a kosher sensibility, she substituted hot dogs for sausage and exchanged bits of salmon and flounder for shellfish. Her rice glowed neon yellow from over-seasoning with saffron and, of course, there were raisins mixed in with peas and peppers. My mother over-baked the whole enterprise until the rice was beyond crispy. Her chicken was similarly desiccated—the skin of the bird crumbling to the touch, the meat as flavorful as a tongue depressor.

And then my mother’s lack of cooking skills became very public. A former student of hers—Mom taught high school Spanish for decades—was a reporter for the local newspaper. She contacted my mother about a story she was writing on Passover cuisine. She remembered my mother as vaguely exotic—a Cuban Jew with roots in Turkey and Greece. My mother was excited to tell Greater Hartford she still had the key to her apartment in Havana. If she had to offer some holiday recipes she didn’t have in return for the attention, so be it. She would make it up as she went along.

In the published newspaper picture, my mother was posed at our dining room table with an empty plate. Not the least bit self-conscious, my mother offered on-the-spot recipes for unleavened biscochos and something she called “pink rice.” Always the teacher, she pointed out that Sephardic Jews, unlike their Ashkenazi counterparts, were allowed to have rice on Passover.

True to my mother’s culinary capabilities, the biscochos were made with just matzah meal and orange juice. There were no baking instructions. Pink rice—arroz rosado—got its coloring from canned tomato paste and, according to my mother, “melted” in one’s mouth.

A few years ago, as I was packing up my mother’s house for her move to assisted living, I found a copy of that long-ago Passover article in her dresser drawer. It was yellow like her overly seasoned saffron rice and crumbled to the touch like the skin of her chicken.

This essay was originally published on Eat, Darling, Eat.

By BAKE or BREAK