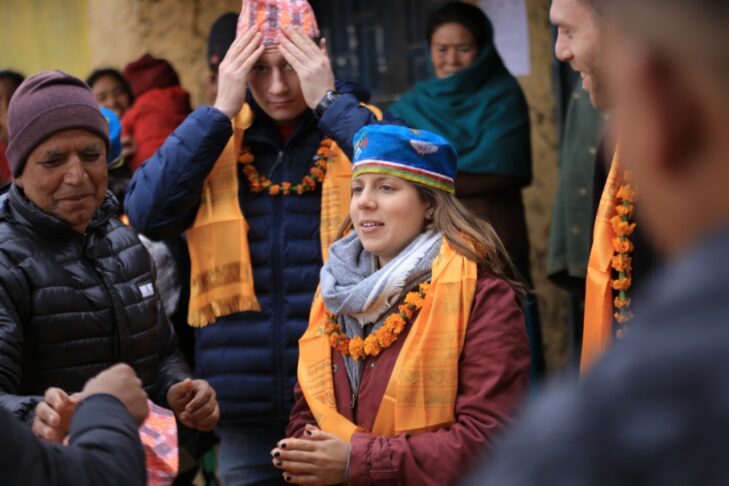 This morning the Project Inspire team woke up in the countryside overlooking the Kathmandu Valley with distant views of the “smaller,” as our guide Sanjeeb describes some of the Himalayan mountains. (We are still hopeful we will see Everest before we depart!) Today, we set out to visit HoneyAID, a women’s empowerment project for women to receive tools and training to build livelihoods through beekeeping. The women learn to become beekeepers, forming a cooperative to sell honey to local stores and in the U.S. and Israel under the brand name HoneyAID.

After the 2015 Nepal earthquake, IsraAID established HoneyAID in communities impacted by the earthquake with the objective of generating income activity for home-based workers to recover from their loss of livelihood, empower women and inspire them to farm again and become more self-reliant. We heard from a local beekeeper, Ms. Sushila, who told her story about how she was depressed and was left with no hope after the devastation hit. Being a part of the program has not only given her and other women in her community confidence but a new purpose and strength. For the first time, it was the only thing these women had ever owned for themselves. Another woman said with the money she earns from HoneyAID, she supports her children in school and can buy them clothes.

There are now eight HoneyAID communities in Nepal with 72 women who participate. After hearing from the women who benefited from the program, we got up close to the beehives to see how honey is made and even got to try the local honey, which had a surprisingly unique, fruity taste. Our trip was cut short due to unexpected rain, and the conditions of the roads in the Kavrepalanchok it caused so we needed to head out.

After a quick lunch stop, we went to Dhulikhel Hospital and met with Mr. Chadra Yogal, a public health manager, and two of his colleagues. Dhulikhel Hospital is a not-for-profit hospital that started in 1996 with 30 staff members; today, it has almost 1,500 employees. The hospital has 350 beds but sees an average of 200 patients daily, with Sundays bringing in the most people.

Dhulikhel Hospital has collaborated with Israel since 2009. MASHAV organizes short- and medium-term trainings and workshops in Nepal about anything from infection control training to typhoid seminars, which are run by Israeli experts. Dhulikhel Hospital was the first hospital open during the 2015 earthquake to immediately respond to treat victims, helping over 5,000. Their doors were completely open and they did not charge anyone for services.

The theme of investing in women continued throughout the day. The hospital has a large focus and investment in women’s health. Forty percent of the issues they see are related to women. The saddest part of our afternoon was learning about how, in Nepal, menstruation is a cause of death and the leading cause of keeping girls out of schools in rural communities. The hospital is advocating strongly for the government to provide free sanitary pads and educating community leaders.

Dhulikhel Hospital is also investing in an infertility floor set to open in the next year and has their own midwifery program. They are also trying more non-traditional, pervasive ways to lift up social and economic standards for women by giving out micro loans to women in agriculture—their payback rate is 100%. Dhulikhel Hospital believes when women earn income, they are more likely to keep their families and communities healthier.

HoneyAID and Dhulikhel Hospital are committed to economically and socially empowering women by investing in community-based solutions for fighting poverty and ensuring women and their communities live healthier lives. 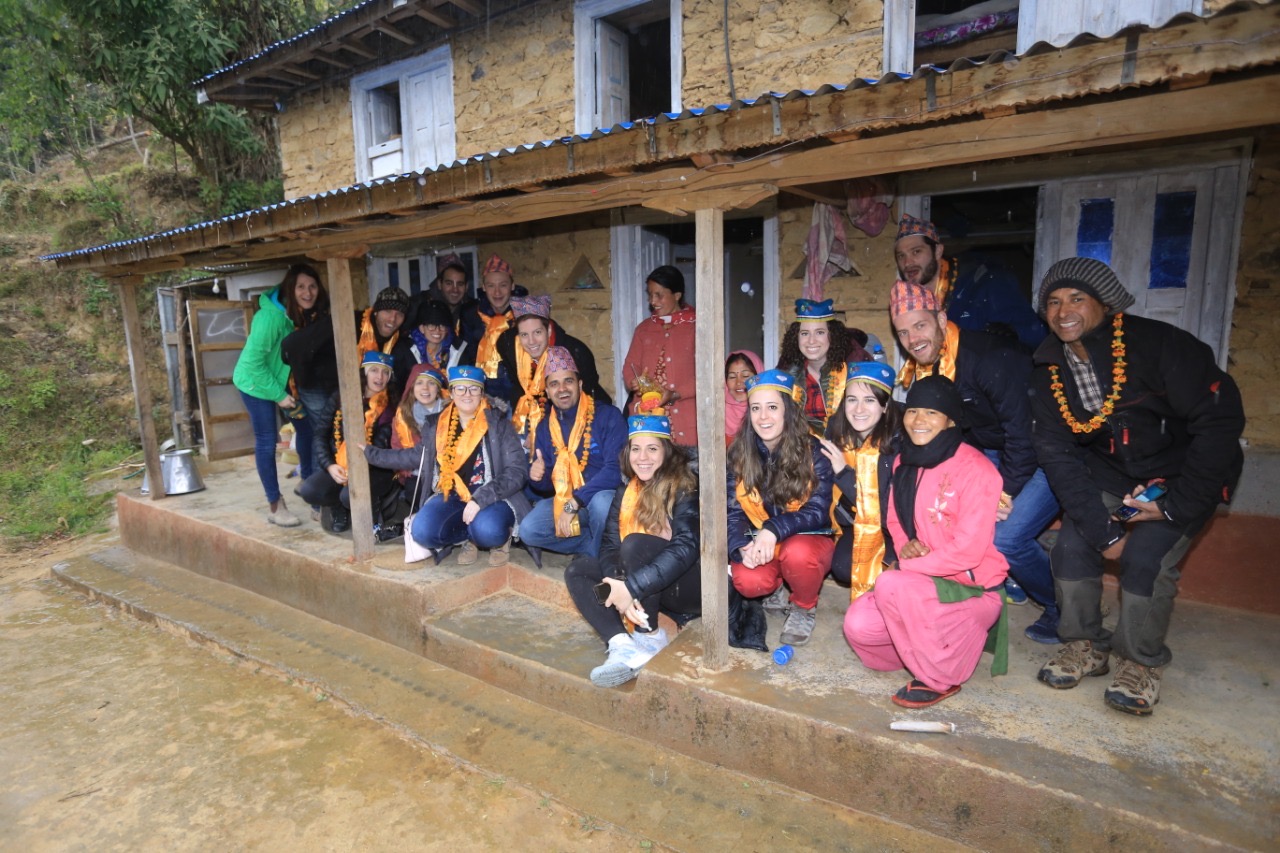 Rebecca Shirazi grew up in Massachusetts and now resides in Chelsea, where she works as a program architect for a software company in downtown Boston. When not working, Rebecca enjoys traveling, hiking, spending time with family and friends and checking out new restaurants in the city. Additionally, she loves giving back to her local community and finding new ways to make a greater impact in the world. 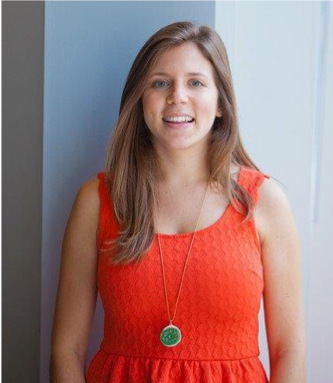 Marisa Kwoczka is originally from New Jersey but has lived in Boston for the last seven years. She graduated from Union College in 2011 and majored in environmental policy. Post-graduation, she has worked within the nonprofit field and currently works as a senior associate in annual, planned and institutional giving in philanthropy at Dana-Farber Cancer Institute. Over the last two years she has been a board of ambassador member with Silver Lining Mentoring, the only mentoring organization in Massachusetts that exclusively focuses on youth in foster care, and she has also volunteered as a committee member with CJP on the outreach and engagement committee for young adults. In her spare time, she loves to bake treats, volunteer and travel the world.