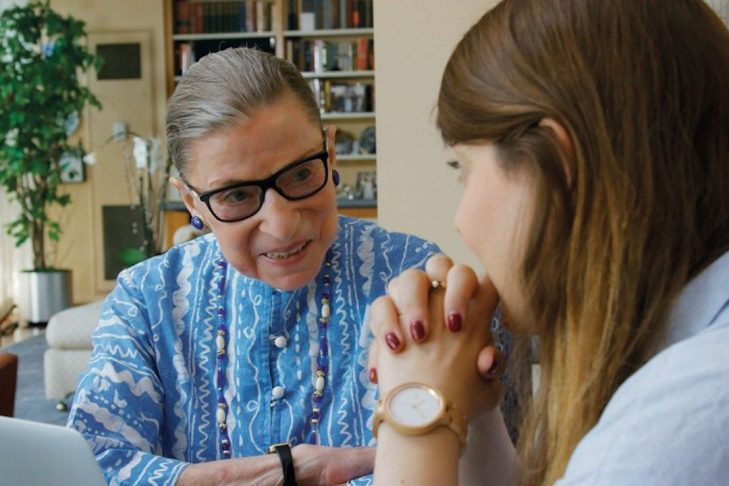 Writer and speaker Heather Dugan is the author of “Date Like a Grownup: Anecdotes, Admissions of Guilt & Advice Between Friends” and “The Friendship Upgrade: Trade Clickable Connections for Friendships that Matter,” offering real-world advice for adult female friendships. Her upcoming book is “How to be Happy While Human.” She’s also the mom of a grown daughter, and she speaks often about parenting issues. Coming of age before the ascent of women such as Ruth Bader Ginsburg, she learned the hard way how to fight for her own ideals—lessons she imparts to her own daughter. We sat down with her for advice.

Why does Ruth Bader Ginsburg’s life resonate for you?

I look at RBG and the choices she made, and I recognized that I didn’t really begin making my own choices until much later in life. I grew up in a very conservative, traditional family. Those just weren’t options that were paraded in front of me, and I think I was so busy just taking next steps that I didn’t really pause to evaluate.

I love that, with my children, I’ve been able to model something different, particularly as I went forward after a divorce. We started doing a lot of adventure travel and bonding time. I highly recommend hiking with your kids, because there’s nothing like being in the middle of nowhere with people you care about to really generate good conversations. But I think you have to be able to connect with yourself first before you can connect well with others.

My book “Date Like a Grownup” was aimed at adults dating for the second time and making many mistakes. I think a lot of them are busy filling spaces when they discover one instead of really being intentional and making the right choices. It’s almost like walking into a convenience store when you’re hungry: You’re not going to make good choices right away if you have so many needs.

I mentioned that I didn’t feel like I was making choices for myself until much later in life. And Justice Ginsburg chose her own unique path, didn’t she? Her mom didn’t go to college or law school, but she encouraged her daughter to come up with her own life course, her own life choices, and that’s something we want for our kids—not to feel like they’ve been restricted by their parents. We want our kids to know they get to choose that trajectory.

How do we ensure that our kids know they can control their own destiny?

By reminding our daughters that they can pick things differently than us. Bring it into your personal relationship: “How are we similar and how are we different?” Let her know she shouldn’t be confined by the kind of woman her mother might be. Also, it’s important to say it’s OK to change your mind. All of us change our minds a few times along the way as we learn new information. Ask, “What do you think I would never do that looks like fun to you?” and “What are your favorite ideas or hopes for your future life as an adult woman?” 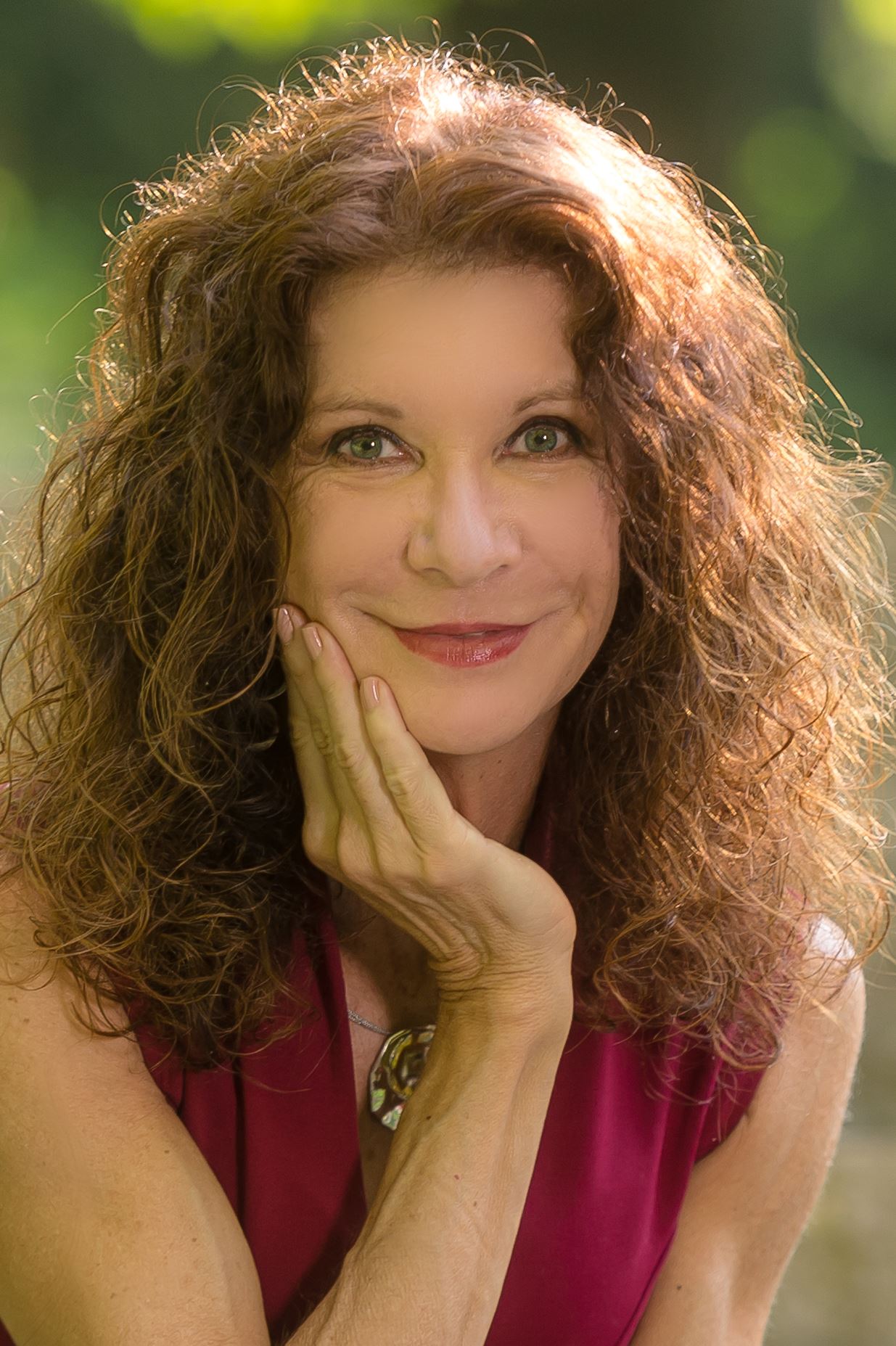 Help them think of themselves as a future adult and see all the possibilities. Justice Ginsburg was a pioneer, and I think talking about what that means and how “no” is a common response to people who go first—what do you do with that no? “No” used to stop me in my tracks, but “no” is really just an answer. It doesn’t have anything to do with who you are or what you can do. It’s just information to use as you go forward. Ask your daughter about times when she was told she couldn’t do something: What does that feel like? And what did she do? Help her to come up with a script she could use the next time she’s in that position so she has actual words to fall back on.

What happens next, once she hopefully opens up about her dreams?

You can turn it toward, “How could I help you do that? What kind of skills do you think you might need to get yourself there?” Talk about how Justice Ginsburg’s legacy was built over time, and sometimes she came at things from a different angle. I love how in pushing for equity for women, she used the argument that widowers deserved compensation after death. That’s not a direct path; she was creative. There are a lot of different routes to get to where we need or want to go.

How do you raise daughters to expect equity in their own partnerships, speaking as someone who has navigated the world of divorce and written about it?

I think so much of that depends on coming into relationships with respect for yourself already. That tends to guide your selection process. I’ve worked a lot with adult women and men who come from a place of need in relationships, and that never works well because you’re willing to accept less.

The more your daughter feels capable of doing things on her own, that’s a strengthening position, and that’s something we can definitely build within our daughters. Justice Ginsburg chose a man who would support her, and that was a very fundamental aspect of her description of her ascent. You could ask your daughter: “If somebody were to walk away from meeting you, what would you hope they knew about you?” And then take that bigger: “What do you hope people will know about you as you become an adult woman? What kinds of things do you hope people will remember about you?” It helps them to identify the big character qualities and passions that are within themselves that they want to focus their time on.

We have to be able to speak up. Justice Ginsburg always spoke her mind. I mean, sometimes she had to walk it back. There were a couple of famous apologies because she went a little further than she meant to in terms of her criticism of President Trump and Colin Kaepernick, but you want your daughter to feel free to speak her mind. I think this comes from realizing that there’s value in your opinion. It comes from being listened to. If you listen to your daughter consistently, she will know to expect others to do the same, and she will listen to people, hopefully. We need to teach that it goes both ways.

In a relationship, the question always becomes, “Is this [relationship] diminishing me, or is it helping me be the best person I can be?” It was tough to go through a divorce, but I also realized I needed to model respect for myself, better relationships, more healthy relationships. Nothing against their father, but I know that personally, I was not modeling the kinds of things I wanted them to take into their own life. Some couples stay in the static zone, and they’re good there. But if you are a growth-oriented person, you’d better be with a growth-oriented person.

What advice would you give to women raising the next generation?

This is not a stopping point, but it might be harder for a period of time with some of the things we’ve begun to take for granted to be available for us going forward. I think one of the things we carry out of Justice Ginsburg’s example is her tenacity and her persistence. In order to build a legacy, it’s built over time, with constancy. Integrity. Consistency. Being reliable. And then, that persistence. I doubt that Justice Ginsburg understood the full impact of what her initial steps would develop for all of us, but to put that possibility within our daughters’ minds is important.

I think RBG’s open-mindedness, her ability to absorb new information and her ability to apologize are such strengths. Ask your daughter when she’s been surprised by new information that changed her mind on something, and ask her about something she knows to be true that she can’t see changing her mind about. Ask, “When did somebody make an apology to you that made you respect them more?” And model that for your daughter. If she says something you aren’t sure about, say, “That’s a great idea. That’s an interesting thought. That hadn’t occurred to me.” It lets her feel more empowered to contribute.

Interview has been edited and condensed.