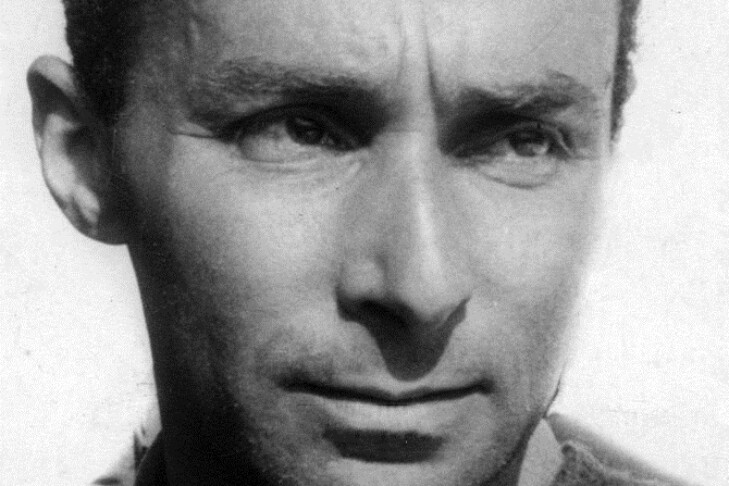 This year is the centennial for both the Italian Jewish writer and Holocaust survivor Primo Levi and my father and World War II veteran K. Harold Bolton. It’s not the fact that both men’s 100th birthdays were this year that put them together in my mind. Levi, a chemist by trade, wrote a profound, closely observed account of his time in Auschwitz known in English as “Survival in Auschwitz.” His book became canonical Holocaust literature. My father, a young naval officer during World War II, witnessed the liberation of the Philippines and regularly fished corpses out of the Pacific Ocean. Both of these men lived through an unprecedented rupture in history for their entire lives.

My father was not a talkative man. I have the sense that Levi wasn’t either. His prose is so quiet, unadorned and, at times, even clinical. There’s a stillness to his witnessing in “Survival in Auschwitz.” My father rarely spoke about the war. He communicated mostly with me through letters he wrote when I was in college and graduate school. I remember one impassioned letter I received from him after he found out I was dating a man who wasn’t Jewish. I wish I still had the actual letter, in which he invoked the Holocaust to make his point about endogamy. That objection to my interfaith relationship was how my 20th-century atheist father expressed his Judaism.

I don’t mean to suggest Levi and my father went through similar traumas in the war. Levi bore the full brunt of his Jewish identity, unlike any of his American Jewish contemporaries. He was imprisoned in Auschwitz from February 1944 to January 1945. My father served in the Navy from 1940 to 1945. Although he never said so, my siblings and I are pretty sure my father was in naval intelligence. We know he was in the North Sea in the fall of 1940, most likely running guns and butter for the British.

The year my father and Levi were born, 1919, President Woodrow Wilson signed the Treaty of Versailles in a top hat and tails. Just 20 years later, the world was on the brink of another world war. My father was about to graduate from Yale College with the Class of 1940. Levi was a gifted chemistry student at the University of Turin, where he was subject to the Italian racial laws promulgated by Mussolini’s fascist regime. He was somehow allowed to complete his degree while his younger siblings were expelled from school.

Levi was a secular Jew. His memoir of Auschwitz is not particularly attached to divine grace, but a form of grace hovers over its pages. He began his account of surviving the Holocaust with these words: “It was my good fortune to be deported to Auschwitz only in 1944, after the German government had decided to lengthen the average lifespan of the prisoners destined for elimination; it conceded noticeable improvements in the camp routine and temporarily suspended killings at the whim of individuals.” Nevertheless, Levi takes notice of a Hungarian Jew who was spared mass execution in the fall of 1944. He juxtaposes the man’s recitation of Birkat Hagomel—the blessing of thanks for surviving a life-threatening situation—with the line of condemned inmates waiting to enter the gas chambers. The power of Levi’s prose derives from how non-judgmental he is about the man’s acknowledgment of God. 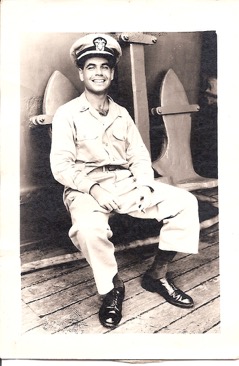 One of the most devastating yet reserved moments in the book is when a German guard forbids Levi from quenching his unbearable thirst with a few drops of a melting icicle. When Levi asks him why, the guard responds, “Here there is no why.” In a related scene, a French prisoner has carved the words, “Don’t try to understand,” at the bottom of his soup bowl.

At the end of “Survival in Auschwitz,” Russian soldiers happened upon Levi and his friend Charles as they attempted to bury a body in the frozen Polish ground. “Charles took off his beret. I was sorry not to have a beret.” Levi wanted to tip his beret at his liberators. While there was no absolution for Levi or his reader in that plainspoken moment, it was the epitome of grace.

My father died in 2002 of Parkinson’s disease. In his last years, he went back to the past and remained there. He often thought he was drifting on his supply ship in the middle of the Pacific Ocean. The world was on the verge of destruction all over again, and this time my father was scared.

Levi died in 1987, and the question of whether he died by suicide lingers. Some scholars maintain that he hurled himself over a banister in the stairwell of his apartment building. Levi was despairing over the slow deaths of his mother and mother-in-law. Others say Levi, a contemplative and kind man throughout his life—a man who still lived in his childhood home—had a dizzy spell and accidentally fell over the railing.

I commend these words to you.
Engrave them on your hearts
When you are in your house, when you walk on your way,
When you go to bed, when you rise.
Repeat them to your children.
Or may your house crumble,
Disease render you powerless,
Your offspring avert their faces from you.

The last three lines of Levi’s rendition of the Shema are the epigraph to “Survival of Auschwitz.” They are the angry words of a normally self-possessed Levi—words that call up a vengeful God. Words that conjure the bylaws of a totalitarian regime. These are the words of railing and cursing—words that are the nadir of despair. They describe Primo Levi in a rare flash of rage.

My father could not read a single Hebrew letter. When it came to praying in Hebrew or even English, he was a lip-syncing Jew. But by God, the man knew the first line of the Shema in Hebrew by heart. “Hear, O Israel, the Lord is our God, the Lord is one.” I don’t know about Levi’s Hebrew literacy. But it’s evident that Levi knew the prayer too and bound it up with the most God-forsaken place on earth.