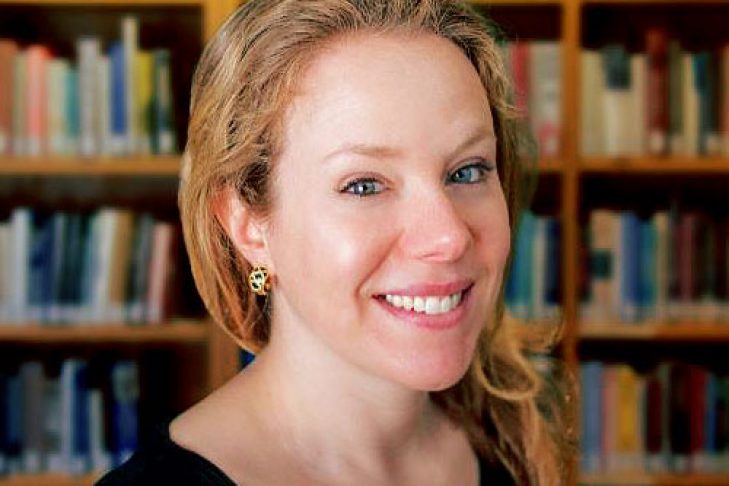 The year is 1914. The world is on the verge of World War I. But it’s also a time of ideas, an era of enlightenment. Rachel Barenbaum’s immersive first novel, “A Bend in the Stars,” follows sister and brother Miri and Vanya across the Russian empire in pursuit of an eclipse. Vanya is racing against time, and Albert Einstein himself, to prove the theory of relativity. To accomplish that feat, he must have access to pictures of the full eclipse that is happening just before Rosh Hashanah. It’s also the same time that Einstein was attempting to view the eclipse; he was eventually turned away at the Russian border.

Miri and Vanya, orphaned when they were children, live with their grandmother, Baba, in the Jewish section of Kovno. Miri is a doctor and Vanya a physicist. Despite being a woman and a Jew, Miri prevails and practices medicine in the local Jewish hospital. On the other hand, Vanya’s professor at the university bullies him and takes credit for his work.

Time—in theory and practice—are at the core of this engaging novel. Miri and Vanya are on parallel tracks of time until they finally meet near Riga. Barenbaum meticulously plots the long and perilous journeys they take to find each other. Throughout, it’s clear how unsafe it is to be a Jew in early 20th-century Russia.

How did you choose World War I as a backdrop to your novel?

I wrote the novel after I read a blurb in Scientific American in 2014. It said that it had been a hundred years since Albert Einstein was on the verge of proving relativity and trying to view an eclipse in Russia. However, World War I intervened. I wanted to tie that real-life event to a fictional story. It was no accident that I was excited about that time period after reading about relativity. It was a golden age—it was the edge of enlightenment when there was faith in human ability. Ideas were more powerful than fear. For example, we have the car, and for the first time, people can drive. We have radio and can hear people speak. There was so much energy at that moment. It was a gorgeous time, but it explodes into World War I. I wanted my characters and my readers to spend more time at that moment. So many great things are happening and are buried in between the World Wars. Einstein was also working on this revolutionary idea of synchronizing time. We finally had clocks and schedules. In the novel, Miri is a doctor and Vanya a physicist. How did you write with such depth and knowledge about those professions?

The idea of relativity is rooted in philosophy; it started before it was an equation. I did a lot of reading on this idea of time. I also did tons of reading to imagine what Baba’s house in Kovno looked like, what the train stations looked like. National Geographic did this amazing issue before World War I on Czarist Russia. That was a treasure trove. As for the medicine part, I spoke to friends of mine who are doctors. I also spoke to experts on physics.

What’s the role of time in the book?

Time is the core of the book. It was not only behind my thinking while writing the book, it was the foundation of relativity. The notion of time started Einstein on this path when he was a patent clerk. He was building machines to synchronize clocks. The goal was that all of time should be the same so trains could run on equivalent schedules. It’s a complex problem. As Einstein was thinking about it, it became clearer to him that light was the answer.

The bigger issue of what is time has been a philosophical one. Since the day I started at Harvard and took my first philosophy course, the subject has fascinated me. Time is a construct, and we have to agree on what a second and a minute is. Different calendars were used in Russia than in America. Then there is the Jewish calendar. There is also the situation in which Miri and Vanya are on parallel tracks of time. Vanya thought he missed the eclipse, and again the reader asks, “What is time?” It doesn’t matter what time the eclipse was.

Much of time in the book is anchored in the Jewish lunar calendar. Jewish months introduce each of the book’s five sections. Tell us about that.

What do you want your readers to take away from the novel?

People spend a lot of time worrying that they do not understand numbers and science. When people read my novel, I want them to understand that science and numbers start in philosophy and ideas. You don’t have to understand Einstein’s equations to understand the concept of relativity. It was a powerful idea that changed the course of history. Wrapped up in that are the humanity, the love story and story of survival that are also in my novel.

Rachel Barenbaum will be reading and discussing “A Bend in the Stars” at Harvard Book Store on Thursday, July 11. She will also be in Boston on Sept. 5 at Belmont Books, Oct. 17 at Concord Festival of Authors, Oct. 19 at Boston Book Festival and Oct. 29 at Craft on Draft.