When my husband Ari and I first moved to Sharon in 1989 as newlyweds, we were told Sharon was a nice town with a strong Jewish population and a good school system. We were both Conservative Jews, had both attended Jewish day schools, and had talked of having a large family. It wasn’t long before we had our first child, and were expecting our second, that we began discussing the importance of providing a Jewish education for each of our young children as they became school age. The argument was strong that a Jewish day school background would set the foundation for them throughout their lives. After doing some research on the various nearby options for Jewish day school education, the South Area Solomon Schechter Day School (SASSDS) was clearly the ultimate choice for all SIX of our children and we have never looked back!

Marina, our eldest and now a sophomore at the University of Maryland, has always been a very sociable kid. She was also a fast learner and a voracious reader. She excelled in writing and loved Moreh Shem’s 8th grade humanities class. She was more than well prepared for her honors classes in high school, as the literature had been taught at such a high level. Critical thinking skills learned in Richard Waldman’s social studies class were often brought to our Shabbat table for family discussion. Marina also participated in the all-school Hebrew musicals throughout her years at SASSDS. Her lead role as Miri Poppins was a highlight for her. She played on the SASSDS competitive basketball team in middle school, learning the rules of how to be a team player. Her love of sports continued as she went on to Gann Academy and became Captain of the Girls Volleyball team.

Our daughter Anna graduated in 2007, and her time at SASSDS was also filled with a multitude of extraordinary experiences that continue to influence her choices today. As a member of the makhela (school choir), Anna accompanied some of her classmates in 2006 to Whitwell, Tennessee, to meet and perform with the middle school students who created a monument made out of paper clips in memory of the Holocaust victims.  Anna’s introduction to interfaith understanding, promoted through programs sponsored by the SASSDS Israel Arbeiter Gallery of Understanding, led her to become a facilitator at the annual Teenage Interfaith Diversity Education (TIDE) Conference. Anna’s years taking Spanish classes at SASSDS awarded her the opportunity to go on a month long Spanish immersion program in Costa Rica. This past summer, Anna was chosen to participate in the 4th Annual Explore Genetics Program at Harvard University for High School Students due largely to the inspiration of Dr. Nitzan Resnick, SASSDS Director of The New Science and Math Initiative (NSMI). Anna is now looking to pursue her interest in biology and genetics as she graduates from Gann this spring.

Kobi, a junior at Gann, continues to love and excel in music, math and Jewish studies. At a very young age, Kobi persuaded SASSDS Music Director, Ken Faria, to allow him to take lessons in classical piano, bass, guitar and saxophone concurrently. He spent his years at SASSDS playing bass in the school orchestra and jazz band. He has taught younger students piano and guitar and assists Cantor Dress of Temple Israel in giving Bar Mitzvah lessons as well as chanting the entire High Holiday morning service and Torah reading for Rosh Hashanah and Yom Kippur, respectively. He now has 2 CD’s under his belt – both produced by SASSDS. Kobi enjoyed participating on the award winning SASSDS Math Team. As a finalist of the Israel Arbeiter Holocaust Essay Contest, he was sent to Washington DC to visit the US Holocaust Memorial. His love for Zionism and interest in Israel’s causes was spurred by his 8th grade trip to Israel. The trip was so spiritually moving for Kobi that he has volunteered 2 years in a row at the annual AIPAC convention in Boston. Kobi has just returned from spending the past 3 months in Israel with Gann at the Alexander Muss High School in Israel (AMHSI). He so loved the time spent there, we were relieved when he returned home to finish his high school years!

Beni, a recent SASSDS graduate and freshman at Gann, became an enthusiastic fan of literature when his teacher Orah Minder (1997 alumna of our school) first brought Shakespeare to life during middle school literature class. Beni’s thoughtful nature has become evident not only in his writing, but in relationships with his peers and teachers alike. The values of what it means to be a mensch and how to treat others have found their way to Beni. These core values, exemplified by Head of School Jane Taubenfeld Cohen, are clearly taught every day at SASSDS. In addition, Beni has enjoyed many years playing clarinet and saxophone as a member of the SASSDS Jazz band and orchestra. He continues to cherish his years on the SASSDS Basketball Team as well, as he now dedicates his skills to the Gann Freshman Team.

Tovya is currently a 7th grader at SASSDS. She is a natural writer in both English and Hebrew and has an artistic flair. In fourth grade, after a unit long study of poetry and prose with teacher Marilyn Sandperl, Tovya’s poems were submitted and accepted for publication in a national anthology, A Celebration of Poets.  Her quiet disposition allows her to be everyone’s friend, which has proven handy on many occasions during her pre-teen years.  Her teachers’ support over the years has made her quite comfortable, whether in a role of leadership or letting others take the lead. Tovya cares deeply about her friends and spends time using lessons learned from SASSDS Art teacher, Kathy Kats, creating special art-related keepsakes. Her 6th grade class trip to TEVA, an environmental trip focused on nature and Jewish programming, has left an indelible handprint on Tovya and we feel certain she will carry on the important lessons learned of protecting our environment. Her sense of comfort and love of Judaism as a whole spill over to her summer experiences at Camp Yavneh, a highlight of Tovya’s life.

Last but not least, our 1st grader Jori… it is so exciting to see that despite his many sibling role models, he is already becoming his own person. There is no bigger thrill than to witness Jori waking up in the morning AND coming home from school singing newly learned Hebrew songs from Iris, his Hebrew teacher – Israeli accent included! Jori’s path down an unpaved road has already begun as he so fortunately learns from Morah Miriam, 1st grade teacher, an example of the many nurturing teachers at SASSDS but the only one who has taught ALL 6 of our children in 1st grade.

How proud we are and how blessed we feel that our children have all benefitted from a SASSDS education!  The many years that 6 of them attended and/or graduated from this uniquely special and balanced program of both Jewish and general studies education, has given them the best foundation for their future, as they continue their education at SASSDS, Gann Academy and college. Thanks to SASSDS, they know who they are as Jews living in a non- Jewish world. Throughout our years, all of our children have benefitted from challenging, enriching, individualized academic and extra-curricular experiences.

Thank you to SASSDS, the administration, teachers, and students who help make this school so remarkable and outstanding for our 6 children and for all those who are fortunate enough to attend. It has truly been, and will continue to be, a gift passed down through the generations; from our parents to our children, and to their children. L’dor v’dor.

With much appreciation and gratitude on this fourth day of Hanukkah, 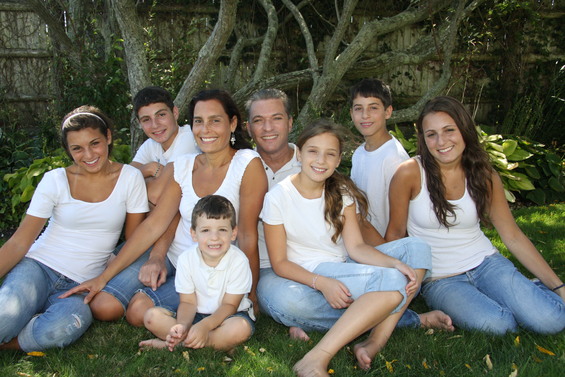