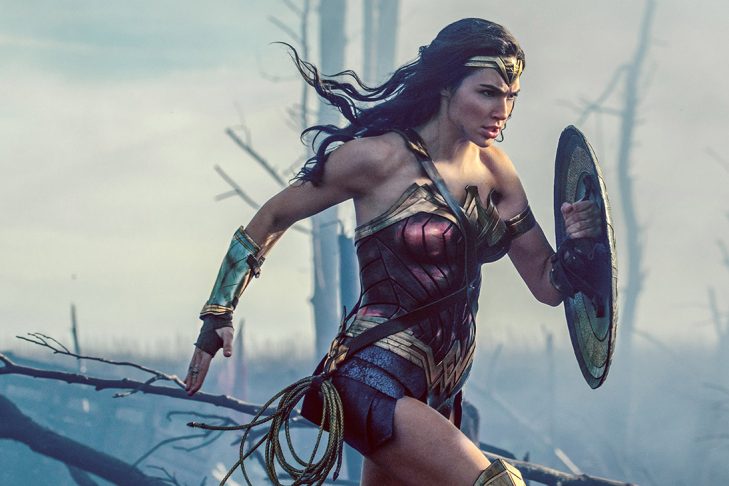 Wow, 2017 really was a banner year for awful, wasn’t it? I don’t have to enumerate the ways in which this year sucked—I mean, you were there too. You’ve lived it. As a Jewish person, I found 2017 especially draining. Hey, look, Nazis are back in the streets! Anti-Semitism is rising all over the place, just like the sea levels (we’re doomed). In the dark abyss of the past year, however, I was able to harvest teeny, tiny ‘lil bits of hope from the actions of some fellow members of the Tribe. Here are the top five Jewish peeps who helped me get through the last 365 interminable days—I hope you find them as inspiring as I did!

CNN chief Washington correspondent and anchor Jake Tapper is a national treasure. Just watch how he detonated the tiny mind of particularly dense Roy Moore spokesman Ted Crockett, who was under the impression that non-Christians couldn’t be elected officials. Jake’s evocative on-air facial expressions (such as “incredulous,” “pitying” and “disgusted”) are true works of art.

Jake, every time you shut down another politician with logic, or expose the hypocrisy in the United Nations’ creepy Israel-hatin’ club, my life expectancy gets longer.

Look at this video! It’s a bird, it’s a plane! No, it’s a perfect representation of toxic masculinity! In October, Israeli soldier Nomi Golan was off duty, trying to guide a car through a crowd of angry yeshiva students who blocked a road to protest the Israel Defense Forces draft. The students surrounded her, attacking her verbally and physically. But, being a living embodiment of chillaxed chutzpah, she kicked and punched them away while still directing traffic and not dropping her cell phone. One woman against 30 men. Nomi, please adopt me.

Israeli judoka Tal Flicker won gold at the Abu Dhabi Grand Slam judo tournament, but the organizers refused to play “Hatikvah,” Israel’s national anthem, or raise the Israeli flag in his honor. Israeli contestants were barred from wearing any Israeli symbols at all. So, Tal stood up there on the podium and SANG “HATIKVAH” TO HIMSELF. Tal, I salute you for your fighting spirit and for your integrity in the face of bias and discrimination.

Wow. Israeli wins gold in Judo in Abu Dhabi, which refuses to show Israeli flag or play its national anthem. So he sings it quietly himself. pic.twitter.com/EuJbcP4wTu

Taika Waititi. Director, screenwriter, actor, comedian, fashion icon, tweeter of magnificent tweets, Maori and Jewish legend. Do you like “Flight of the Conchords”? Do you think “What We Do in the Shadows” is one of the best films of all time? Did you, like me, laugh out loud so much in the theater during “Thor: Ragnarok” you had to stuff a scarf in your mouth? Do you also daydream about being friends with a polite rock alien with a soft-spoken New Zealand accent? Join me in my Taika Waititi fan club, and never look back. Taika: nature’s antidepressant.

Like there was ever a question of who would be No. 1 on this list! The importance of representation in film is huge—and for me, Gal was EXACTLY who I needed to see on screen this year. In fact, I wish I could go back in time and tell teenage me all about her: “Dude, dude, get this! In, like, 15 years the biggest female star is going to be a hilarious, feminist, Zionist Jew! Just hang in there; your unicorn role model exists! Also, while I’m here, I have to tell you to stop wearing blue glitter eye shadow. It’s a horrific mistake.”

My girl Gal is a real soldier and a real mensch. A lot of people still can’t pronounce her name, so take a pro tip from me and just address her as “My Queen.”

Miriam Anzovin
Miriam Anzovin is the former content producer for JewishBoston.com. She was raised by a pack of benevolent wolves in the wilds of the Pioneer Valley, and received her degree in Judaic studies from UMass Amherst. Miriam loves spending time with her rescue dog, Sansa Stark-Lannister-Bolton. Miriam’s unparalleled zealotry for “Game of Thrones” and “A Song of Ice and Fire” is either charmingly eccentric or deeply annoying, depending on who you ask.