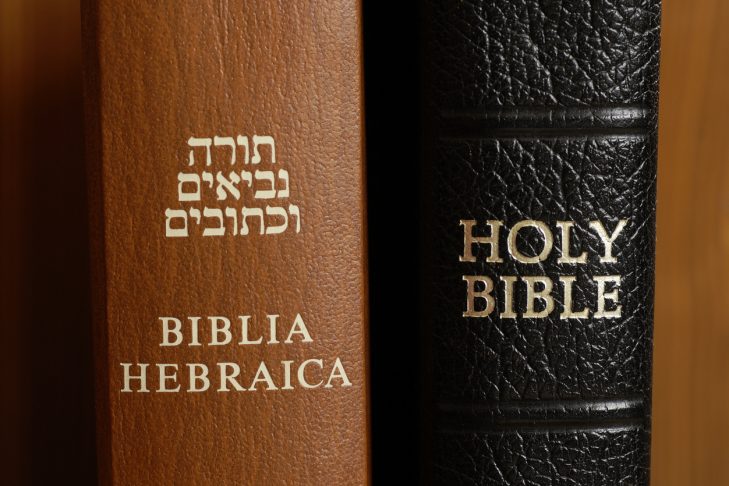 One of my joys in serving at Temple Emeth is the opportunity to be a vehicle for an encounter by congregants with our tradition. In this role, principally as a teacher, I attempt to convey a sense of the richness of our heritage, though I must say that I gain, too, when I hear my students’ insights into our sacred literature, specifically the Bible. In that regard, I must note, too, how I am uplifted by comments I hear congregants make in other contexts, for example during discussions following Shabbat morning services.

One might have thought that after millennia of textual exploration, everything which could have been said would already have been said. But that is clearly not so. New insights may emerge that, in fact, challenge traditional perspectives. And at the same time, positions may be presented  in the Bible that seem out of date but pose a valid challenge to contemporary biases.

Alright, Davin, you are making general comments, all of which might be true, but we want to hear of concrete cases that back up the view you are presenting. Even a single significant challenge to tradition would mean that newness in interpretation is a live possibility. And even a single challenge by the Bible to current beliefs would mean that the past may serve as a strong foundation from which to challenge modern bias.

What might be an example of the first: a challenge to tradition that we raise now? I am thinking of that individual whom our tradition regards as a veritable embodiment of evil, one to be shunned at all costs. Who is that? Who is this reprehensible individual?

I haven’t given many hints, but you may have guessed the answer. It is Esau, the firstborn son of Isaac, who would sell his birthright for nothing more than a bowl of soup. But beyond this, tradition regards Esau as one for whom power means more than righteousness and self-exaltation means more than dedication to the just and the good.

Yet, Esau may, to the contrary, be seen as an exemplar of compassion. His brother, Jacob, tricked their father, Isaac, to gain the blessing of the firstborn. He maneuvered to push his brother, Esau, out of the first position in a final way. Yet when Jacob is returning from Mesopotamia, to which he has fled to escape his brother’s wrath, what does Esau do when he sees his brother? He has him in the palm of his hand. Does he attempt to hurt him or even slay him? No, he is overcome. He embraces his brother, weeping with him as they reestablish their union.

Thus, challenging tradition, I see Esau as an embodiment of mercy and even love. He was not intellectually sophisticated. He was not one suited for wise leadership. But when push came to shove, he had a heart of gold. His relationship with his brother meant more to him than being “number one” in station or position.

In saying the above, am I suggesting that I am a heretic, pushing aside tradition with too great of ease? No, not at all. Tradition itself teaches us that the Torah has “70 faces,” meaning really a potential infinity of interpretations. To challenge the old is, thus, to continue in the spirit of the old, always seeing newness in what the Torah teaches us.

What now, though, about the Bible as a potential challenge to modernity? Are we perhaps too convinced of the correctness of our overall ways of viewing things that we remain closed to that to which we should open ourselves?

One case that comes to mind in this regard is that of the belief in spiritual beings not equal to God, but who are superior to human beings in being purely spiritual in nature rather than, like human beings, a combination of body and spirit or body and soul. Who are the beings of whom I am thinking? They are not gods. For we are not polytheists, affirming a multiplicity of divine beings. They are rather, as you may have surmised, angels.

Certainly, angels are not peripheral to the biblical outlook. When Jacob flees his brother, Esau, he has a dream in which he sees angels ascending and descending a ladder between heaven and earth. This contributes to his not feeling all alone, most importantly, of course, because God is present in this experience. Still the angels are not merely incidental to what is happening. When Jacob returns to the land of Canaan many years later, he wrestles one night with an angel who, in fact, gives him the new name Israel, suggesting a richer identity then the name, Jacob, by itself. It is an identity that involves grappling with the divine. For the angel is ultimately a representative of the Divine One Himself.

But can we as moderns believe that, apart from God, reality is not populated only by beings either purely physical in nature or a synthesis of the physical and the spiritual? Interestingly, when we explore the wider range of modern writing, we will see that people have, in fact, laid claim to encounters with angelic beings. I am thinking, for example, of Ernest Shackleton, the great explorer, with two companions, of the South Pole. As he wrote: “When I look back at those days I have no doubt that Providence guided us…it seemed to me often that we were four, not three. I said nothing to my companions on the point, but afterwards Worsley said to me, ‘Boss, I had a curious feeling on the march that there was another person with us.’ Crean confessed to the same idea.”

I might add that people who have undergone spiritual experiences on the very edge of death have not infrequently spoken of spiritual beings intermediary between God and ourselves.

None of this is proof. But unless we regard modern beliefs with dogmatic certainty, we should at least be open to the challenge that not a few modern people have had of beings we might view as a link between us the Almighty.

I do not speak with certainty. I simply am trying to point you to the richness of our tradition. We moderns may find in it truths that were not apparent to those who came before us. And we may find truths that challenge the constrictions that modern thinking inflicts upon us.

Yes, the Torah has “70 faces.” May we approach it with an openness of spirit, enabling us both to uncover new truths and to recover truths that need not be forgotten or lost.

Blessed are You, O Lord, our God, who has given us the means by which we may be spiritually enriched and soulfully uplifted.

Davin Wolok is the chazzan sheni (second cantor) of Temple Emeth in Chestnut Hill. A graduate of Columbia University and the Jewish Theological Seminary, he is a trained cantor who has served at Congregation Mishkan Tefila and Temple Shalom of Milton. He has been an assistant professor in Jewish thought at Hebrew College and is the author of “You Can Come Home Again: Musings and Amusings of a Philosopher-Clergyman.”