Helena Weinrauch’s dancing life started with a flier from the Fred Astaire Dance Studio. Helena, who had always wanted to dance in her youth, decided to take advantage of the free dance lesson. She was 88 years old at the time and had survived unspeakable horrors in three concentration camps. Now almost 93, she has been dancing ever since.

The Manhattan Ballroom Society where she dances several hours a week has crowned her “The Dancing Angel.” As depicted in “Fascination: Helena’s Story,” Karen Goldfarb’s excellent documentary about Helena’s life and times, what was once an activity forbidden to her by the Nazis is now one of Helena’s greatest pleasures.

Helena was 15 years old when the Nazis, Soviets and Slovaks overran the small Polish town in which she lived with her parents and sister. After two years of Soviet occupation, the Nazis took over. Her parents and sister were arrested and were never heard from again. Helena, who had been at work in an office when her family was taken, was left to fend for herself. With the help of her kind employer, she acquired false identity papers and fled to Krakow. She stayed with a Polish couple who was friendly with the local Nazi occupiers. Her ruse was so successful that she attended a ball with her hosts and reluctantly danced with the German officer in charge of rounding up Jews. But her world was soon shattered when a former classmate recognized her on the street and reported her to the Nazis.

Helena’s story is conveyed in a 90-minute monologue in which she seemingly speaks almost in one breath. Except for interspersed sequences of Helena dancing, the camera is exclusively trained on her. She is elegantly dressed in an evening gown and dry-eyed as she remembers the crimes and trauma that rained upon her. Early in the film, she tells of standing in front of a firing squad blindfolded after enduring days of torture. At the last minute, the same Nazi officer with whom she danced a few months earlier stayed her execution. He saved Helena from the firing squad only to send her to Auschwitz, a fate he told her was worse than death. He sadistically said to her she would rue the day she wasn’t executed.

Goldfarb purposely wanted to tell a survivor’s story for her first feature-length film. Meeting Helena was serendipitous. The two women encountered each other at an event for author Jennifer Teege, who wrote a book called “My Grandfather Would Have Shot Me: A Black Woman Discovers Her Family’s Nazi Past.” Teege, who is of Nigerian and German descent, was the granddaughter of the infamous Amon Göth, the sadistic commandment of the Krakow-Plaszow concentration camp of “Schindler’s List” fame. “Helena was [in Göth’s camp], but not on Schindler’s list,” Goldfarb recently told JewishBoston. “Soon after we met she invited me to tea and shared the 45-page treatise she had written about her experiences in the war. It was an incredible document.”

After spending time with Helena, Goldfarb knew she had a subject for her film. “Her memory is so lucid, and she’s so beautiful and photogenic,” she said. “Every survivor is incredible, but not all of them come across well in this medium. Helena mesmerizes—she holds the screen. Her story is so moving, and she delivers it so well.” 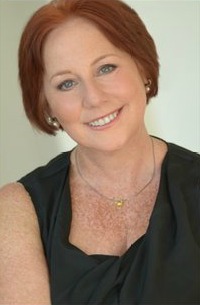 Goldfarb added that Helena’s story speaks to many stories. She evaded the gas chambers at Auschwitz and survived a death march to Bergen-Belsen. By the time the British liberated her in April 1945, Helena was just 60 pounds. She was plucked from a pile of corpses because someone had noticed she was still warm and breathing. Soon after, she was sent to a hospital in Sweden, where it took a full year for her to recuperate. She had hoped to join an aunt in Argentina, but was refused a visa. Eventually, she made her way to New York, where she joined her mother’s stepbrother and his family. She married and had a daughter, who died of breast cancer 20 years ago.

“Helena’s life has not been easy,” noted Goldfarb. “But she exudes this life spark. She only started dancing at 88 and then had a mishap that put her in a body cast for several months. Through it all, she has had this incredible will to live.” Capturing Helena’s will to live was challenging for Goldfarb. The film was shot in a day, but it took her almost a year to edit. “Helena feels we didn’t get everything, particularly her post-Holocaust life,” she said. “But I feel we evoked something very powerful.”

Although “Fascination” has been shown in mainly Jewish venues, Goldfarb hopes that changes in the coming months. “I want the story not only to resonate with the Jewish community,” she said. “It has larger implications. No matter where extreme racism happens, it builds. It’s happening in the extremist rallies taking place in our country. Statistics can numb people. But one individual story like Helena’s can resonate and haunt. She proves that people can transcend horror and go on to live beautiful lives.”

“Fascination: Helena’s Story” will be shown on Thursday, Oct. 19, at the Vilna Shul, followed by a discussion with Karen Goldfarb. Click here for more information.