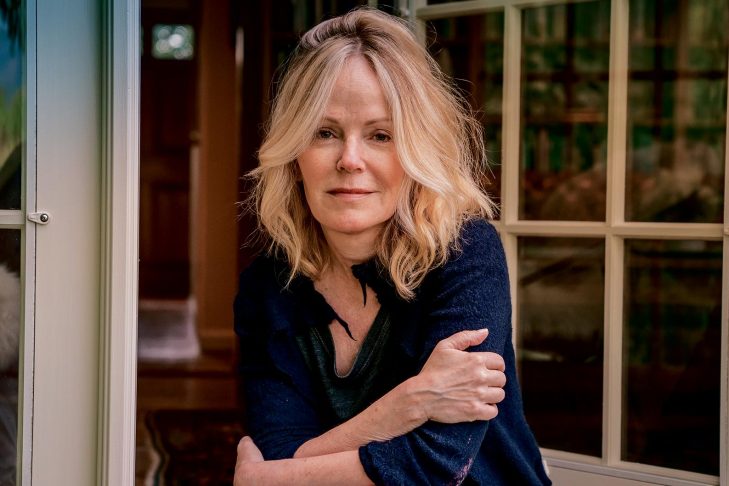 For her entire life, writer Dani Shapiro was told she didn’t “look Jewish.” Blonde and blue-eyed, Shapiro felt “other” in the Jewish community. “It was pretty much said every day of my life that I don’t look Jewish,” Shapiro recently told JewishBoston. The author of 10 books of fiction and non-fiction, Shapiro explicitly investigated her Jewishness in “Devotion,” an earlier reckoning about her search for spirituality in the wake of her Orthodox Jewish upbringing.

Her newest book, “Inheritance: A Memoir of Genealogy, Paternity, and Love,” is her fifth memoir and brings together themes of family and secrets—subjects that have preoccupied Shapiro as a writer. In “Inheritance,” she expertly mines for narrative gold after she takes a commercial DNA test and quickly finds out she is not biologically related to her half-sister from her father’s first marriage. The implications are not only dramatic, they completely rewrite Shapiro’s origin story.

Shapiro had always known that her parents had fertility problems. Her mother was artificially inseminated at a clinic in Philadelphia. Her doctor there, Edmond Farris, had developed a new method for determining ovulation. Shapiro’s mother told her that when she was at her most fertile, her father rushed to Philadelphia from his job in New York to provide his sperm for the insemination.

Shapiro later learned it was common for such clinics like Farris’s to “mix” the sperm of men with a low sperm count with donor sperm. She also discovered that the donors were often medical students. It doesn’t give away anything to divulge this information up front; the discovery happens early in the book. Shapiro and her husband, a writer and filmmaker, then use their journalistic chops to identify Shapiro’s biological father. With the help of a genealogist friend, it takes them just 36 hours to locate him.

What ensues is an emotional detective story written in a crystalline prose. In the aftermath of the DNA test, Shapiro said: “I needed muscles to write ‘Inheritance.’ I said to my husband that I want to do the story justice. It’s an extraordinary story, and the fact that it was my story felt secondary to me. I wanted to write something that took everything I’ve learned about identity, otherness, parenthood, nature versus nurture and what makes a family and capture that in a story for readers.” 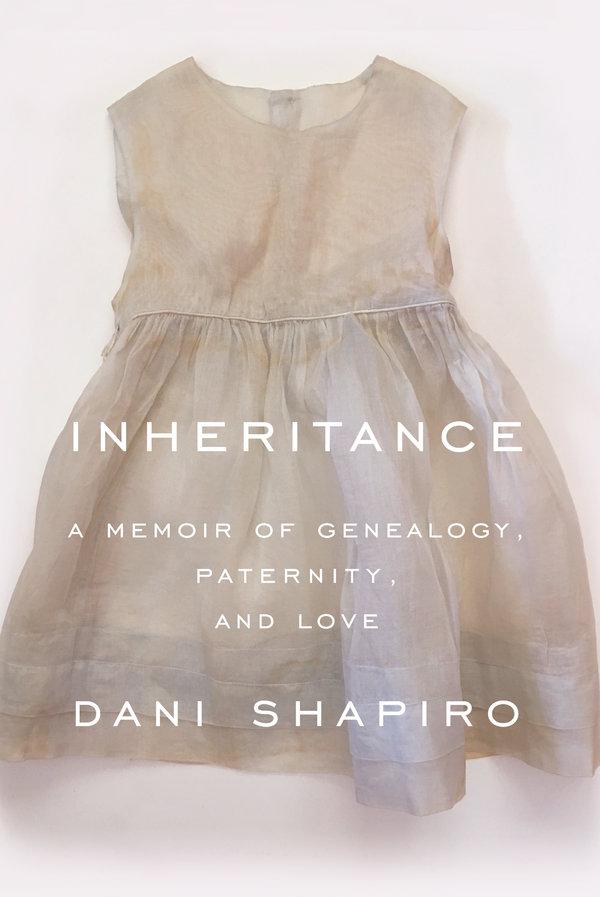 Shapiro learns her biological father’s identity with stunning ease. He is a doctor in Oregon who went to medical school at the University of Pennsylvania. He is decidedly not Jewish, happily married for 50 years and the father of three children. Shapiro calls him by a pseudonym, Ben Walden. When she initially reaches out to Ben in an email with the subject line “Important Letter,” Ben does not immediately answer her. When he does write back, he indicates he does not want further contact with Shapiro.

A few months later, for whatever reason, Ben changes his mind. He writes back and says he plans to be on the East Coast and suggests he and Shapiro meet. Together with their spouses, they convene at a restaurant in Pennsylvania. Shapiro’s literary agility presents this first encounter as both awkward and poignant. She beautifully captures those initial moments when both she and Ben are startled to see how much they look alike. Later on, Shapiro comes to realize, “Neither of my fathers could ever be entirely mine.”

As for the question of whether her parents knew about her paternity, Shapiro said: “I think they resided somewhere on the scale of knowing. The emotional plot of ‘Inheritance’ moved from the feeling that my parents must have known something to the feeling they would never have lied to me by omission. Nothing I learned over the course of research and reporting, and from the people around in those days, supported that they lied to me.”

Shapiro’s story also inspired her to launch a new podcast, “Family Secrets.” For each episode Shapiro and a guest “will do a deep dive into the narrative of that person’s family’s secrets. I shape it into a story. The podcast enables me to use my love of storytelling and shaping narrative, as well as my love of connecting with people and hearing their stories. I’m the result of such a massive family secret that it makes people comfortable in sharing their secrets with me.”

Although what she thought was her genetic makeup and medical history radically changed, Shapiro remains steadfast about her Jewish identity. “If anything, it deepens my sense of Jewish identity,” she said. “I’m Jewish on my mother’s side and psychologically Jewish on my father’s side. The world I was so profoundly connected to may not be my genetic roots, but it was inside of me for 54 years. That doesn’t go away.”