Close
Don’t miss another chance for fun!
Get the best Jewish events for children, teens and families delivered to your inbox every Wednesday with JewishBoston Plus Kids.
By signing up, you agree to our Terms of Use and Privacy Policy.
Careers & Networking
View all 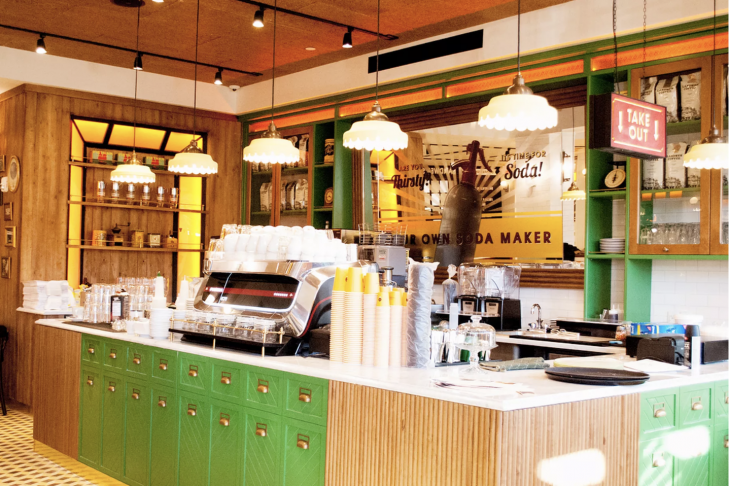 Audubon Circle isn’t known as a hot dining destination. At least it wasn’t until Cafe Landwer opened in January. (A Cleveland Circle location followed in July, with more to come.) The Israeli chain has drawn raves for its excellent shakshuka, falafel, hummus and warm hospitality.

The cafe was founded in Berlin in 1919 by Moshe Landwer and was known mainly as a coffee-roasting company. Landwer moved to Israel in the 1930s and established the company in Tel Aviv, specializing in potent Turkish coffee.

Today, Landwer is still the second-largest coffee roaster in Israel. In 2004, Nir Caspi launched a chain of cafes with the Landwer name, showcasing their strong brew and adding fresh Mediterranean food. Now, there are more than 70 chains in Israel.

Caspi moved his family to Newton from Israel to open the Boston-based Landwer branches. Today, the former Israeli Navy SEAL operates the restaurants and works with the Israeli American Council (IAC). He spoke to JewishBoston while on vacation in Israel about life stateside. 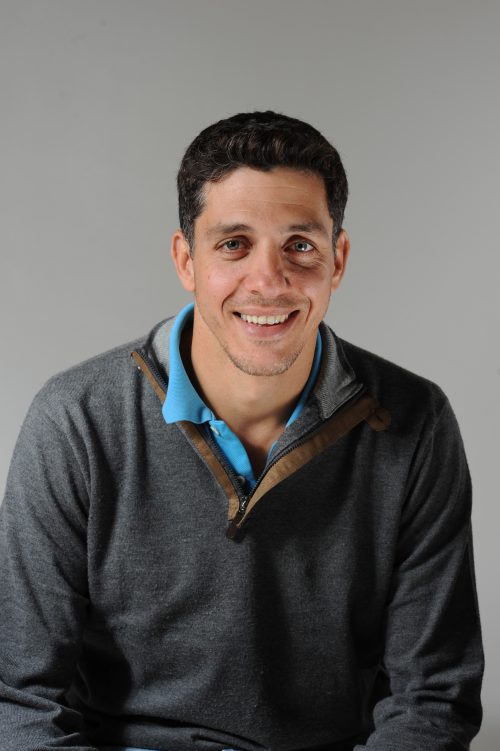 Why did you choose to open Landwer in Boston over, say, New York?

I felt there was no reason that, in the United States, you couldn’t have a great meal and a great coffee as well. We explored New York. Too competitive. It’s tough over there. The lifestyle [in Boston] for someone like me, who wanted to move with kids and a family, I’m happy we made this decision. Boston is a great market for us. Here, people are educated, friendly and they really host us well. It’s a market that has luck in our category, the mid-range category. We’re a mid-range restaurant, not a coffee shop, and Boston is a great market for that.
What’s your impression of Boston’s Jewish community?
The Jewish community in Boston is great. We are in touch with a lot of Jewish people in Boston. Through the IAC, I am very involved in the Jewish and Israeli community. The connection between the Jewish and Israeli community in Boston is the best. I don’t know how to say this in a politically correct [way], but good people are coming to Boston. The connection is very strong, unlike a lot of other places in the U.S.
How do you balance fatherhood with running the business?
I have three boys. I think it’s like every business. Kids like to come to Landwer, and it’s really nice. They like mostly the schnitzel and the rugelach.
How do you explain Landwer’s popularity with customers? There are a lot of fast-casual restaurants out there.
I think it’s that Mediterranean is a big hit in the world, especially in the United States. I think it’s considered very healthy food. It’s a lot of vegetables, so it’s something that people like to feel good about themselves when they’re eating. Usually people think healthy food is not the best-tasting, but you can have something very healthy and have it taste very good, taste great. Another thing is, in Israel, you have to be the best of the best. Everything we make is to order, and I think it’s something quite unique in our category. In the United States, time is important. Every dish that a guest orders, we make it right away. It costs us more because of labor, but we think for the long term, it proved itself in Israel and it will prove itself in the U.S.
Who are your biggest customers?
We call them “guests,” not customers. That’s part of the Landwer experience. We get businesspeople, families, everyone. It sounds like a cliche. We serve alcohol in the evening, so people come to date and for coffee and cake. The idea of Landwer is that, in our phrase, our motto in Israel is “Love to Host.” We want people to come and sit. We don’t care if you’re eating, drinking, just sitting on computers. We are not counting down the time for them. We believe it’s all about the creative ecosystem, that people will come to us and be part of the system. That’s how we’re looking at the business.
Is raising children in Boston different from Israel? How?
My boys are 3, 7 and 8. It’s different, right? I didn’t realize how much different. My kids came [to Israel] three weeks ago, and I came four days ago. We’re here in a camp. You can see the different mentality in Israel. It’s very unique. The biggest difference is pace of life. In Israel, you’re waking up preparing to work, and everything is so intense. In Boston, everything is calm. People go to bed at 8:30. Here, people start to leave at 11 p.m. Everything is rush-rush. Boston has a different mentality. People in Israel are so eager that they don’t stop for a minute. In Boston, it’s different. People take their time. It’s, “Let’s talk next week.” Everything is next week.
Never miss the best stories and events for families, children and teens! Get JewishBoston Plus Kids.
Filed Under: