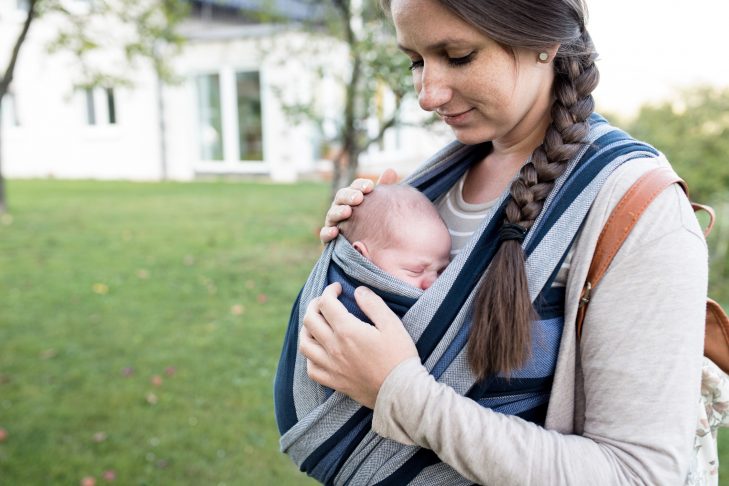 Mara Acel Green is a psychotherapist and owner of Strong Roots Counseling in West Newton. She offers treatment during the pregnancy and postpartum (perinatal) period for people with mood and anxiety disorders, and she’s a specialist in cognitive-behavioral therapy. I chatted with her about mental health during pregnancy, especially at a time when so many other stressors exist in the world and when one out of every seven women experience depression during pregnancy or in the postpartum period. If you’re feeling overwhelmed, or know someone who is, read on.

What would you like people reading this to know about pregnancy and mental health?

[Amid] the current stressors—Ukraine, COVID, risks for RSV because kids haven’t been in day care—we just have to pause for a hot second and recognize that the No. 1 complication of pregnancy is an emotional complication. We can only imagine that during a time when 50% of Americans meet the threshold for some sort of anxiety or depressive disorder, that the trickle effect for the perinatal population is going to be even higher. Perinatal folks of color are disproportionately impacted by perinatal emotional complications. So, if the general population is about 20% for depression, and that’s true for post-adoptive parents as well, for folks of color, those numbers are closer to 40%.

Then you look at the multiplicity of stressors, right? Anything from housing, instability, grief and loss, you know, anything else that might be an additional stressor to the family, and those numbers just increase. Everybody who’s drunk that horrible orange drink to find out whether or not you have gestational diabetes, it’s so crystallized in people’s memories, and it only impacts between 5% to 6% percent of women. They’re universally screening for that. But we’re not universally screening for something that happens in 20% of women.

In Massachusetts, we’ve made an enormous effort. The Ellen Story Commission on Postpartum Depression helped to partner with the Massachusetts Child Psychiatry Access Program (MCPAP). It now has an additional arm for moms. They split the state into thirds, and there is an amazing perinatal psychiatrist, Dr. Leena Mittal, who is spearheading MCPAP for Moms in eastern Massachusetts, which gives people in-office [access] to a perinatal psychiatrist through their primary care doctor or the pediatrician’s office. Anybody who [might need] medication can get a consultation in-office Monday through Friday. It’s our tax dollars at work, and it is so exciting.

The more we can treat women during the pregnancy phase of this window, the better the outcomes, because when you have limited sleep or disrupted sleep, SSRIs don’t work as effectively. People don’t feel well. Amnesty International says that sleep deprivation is a literal form of torture. We need high emotional intelligence when we have incredible fatigue. Those are misaligned.

What advice would you give to a woman who is struggling at 3 a.m.?

Firstly, not every negative emotion of parenting is a mental health concern. Just because you’re feeling overwhelmed at 3 in the morning doesn’t mean you’re having depression or anxiety. The reality is, it’s hard, right? It is totally hard to be an adult used to dictating our own bedtime and wake times, being able to rejuvenate and to rest, to recuperate and to push into work when we need to.

Start with support groups. Those are accessible. They’re mostly free. And, in meeting with people, you may normalize a lot of what you’re going through, because the isolation of being in your house with your small family, however it’s constituted, with your small support, doesn’t give you an accurate sounding board for whether or not you’re actually having something that’s interfering with functioning. Jewish Family & Children’s Service offers an array of support groups. For NICU-involved families, they offer Fragile Beginnings. They have one-on-one support; it’s an amazing resource and not limited to the Jewish community. Just join one of those groups and start to evaluate yourself relative to the normal disruptive experience. It is disruptive! Project NESST offers specific resources for women at risk for relapse for substance abuse. We have so many support groups. That’s the first place I would tell people to go. You’re not alone. It is really hard.

What would you say to women struggling with taking medication who feel they should be able to power through without it?

The first place I would send them is the Center for Women’s Mental Health at MGH. It’s contraindicated to remove people from their medication unless it’s teratogenic to the baby. Perinatal psychiatry has come so far, and I don’t work with any providers, particularly for people who [work] in SSRIs, who would remove their clients without looking at the risk of having increased anxiety or depression during the perinatal period. Under-treating anxious women during the pregnancy can result in complications for birth.

Does Judaism inform your practice?

Before I went to school for social work, I spent two years as a youth director at Temple Israel of Boston. I am profoundly transformed by my Jewish youth movement experience. I grew up in the North American Federation of Temple Youth. I was the president of the New England region. Both of those experiences had a profound impact on how I think about my work.

I would say the thing that is Jewish that drives my work is the idea that we’re all created in the image of God. And so finding the opportunity to connect deeply and fully see people in their most authentic spaces is a gift. The other thing is Martin Buber’s idea of the divine resting in the space between two people. I’ve got the best job.