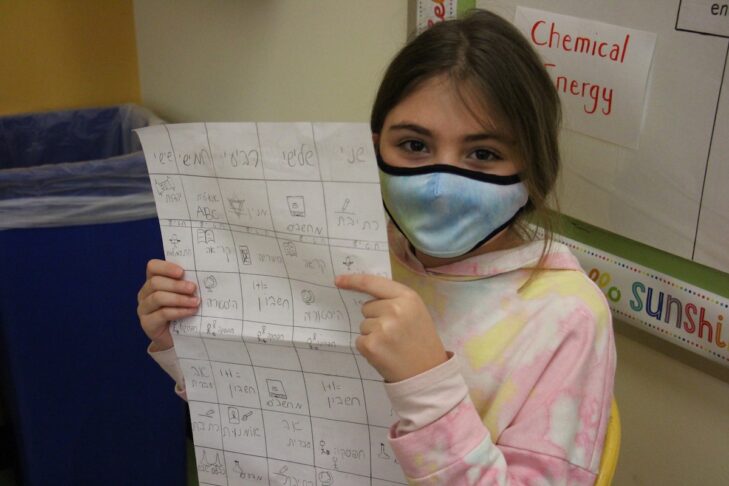 Jewish day schools have a long and complex history in the United States, dating from the early 1900s. We went beyond the view books and websites to talk to an expert about their origins: Dr. Jonathan Krasner, the Jack, Joseph and Morton Mandel Associate Professor of Jewish Education Research at Brandeis University. He’s also the co-director of the National Educators Institute at the National Museum of American Jewish History and author of “Hebrew Infusion: Language and Community at American Jewish Summer Camps.” Here are his big takeaways about day schools.

In the early 1900s, public schools were popular

“In the decades of mass immigration, most Eastern European Jewish immigrants were eager to send their children to public schools, which they viewed as portals to opportunity and socio-economic advancement. Only a minority were sufficiently concerned about their children’s Jewish education to find the supplementary schools wanting. These were the Jewish men and women who pioneered the first day schools.”

Historically, there were three types of day schools

“The earliest day schools were attempts to recreate the traditional Eastern European Jewish cheder [school] with general studies tacked on to the end of the day in order to satisfy mandatory education laws. These were the forerunners of the ultra-Orthodox and centrist Orthodox schools that exist today. They have historically been most interested in trying to limit the impact of modernity on students and giving them a rich and in-depth Jewish education. General studies was treated at best as a practical necessity with some inherent value and, at worst, as a necessary evil.

“Maimonides, which is the oldest day school in the Boston area, was started in 1937. It represents the second kind of school that was created. By the 1920s and 1930s, more acculturated Jews created a new type of modernized day school that placed an equal emphasis on Jewish and secular subjects and aimed to graduate young people who saw no essential conflict between their loyalty to Judaism and their embrace of American culture and values.

“These schools were mostly modern Orthodox schools, really interested in trying to find a synthesis between modernity and tradition. They wanted their students to remain traditional, but they also expected them to go to college and become successful as Americans, whereas the first model was really sort of a grudging: ‘We’ll do the secular stuff because we have to.’ The second model was much more embracing of modernity and believing that you could actually reconcile being a traditional Jew and being a modern Jew at the same time.

“And then there’s the third type of school, represented more by the liberal schools in our area—Schechter, Rashi, JCDS. The first liberal Jewish schools opened in New York the late ‘20s and ’30s, but the ones in Boston began much later. Like the modern Orthodox schools, they were interested in a synthesis of Jewish and modern, but their idea of Judaism and Jewish culture was more flexible.

“What happens on the eve and in the years after the war is really interesting. You have a lot of Holocaust refugees who come to America, which really helps the day school movement take off. A lot of them are interested in preserving the culture that was last in Europe and have no special allegiance to the public schools. Day schools are attractive to this group, whereas before the war, day schools were a marginal phenomenon.

“During the first half of the 20th century, the vast majority of American Jews sent their kids to public schools for a couple of reasons: Public schools were seen as the gateway to economic and social advancement, and most immigrants couldn’t afford private school tuition. They also believed that most of what a Jewish child needed to learn about Yiddishkeit or Jewishness could be picked up by osmosis in the home and on the Jewish neighborhood streets.

“The supplementary school could teach the mostly male children some Hebrew and prepare boys for their bar mitzvah. Day school was a really hard sell. Only people who were very committed ideologically, either to their Jewish heritage or to progressive education, used day schools. But the Holocaust really changed that. It played a role in the growth of the Orthodox school sector after the war.

“The Holocaust is important, not only because you had refugees who sent their kids to day schools, but also because some of the refugees became educators. In some cities, survivors, and, later, Israelis, become the backbone of the Judaic teaching force. Some also become founders and administrators in day schools across the country, including those in midwestern cities such as Cleveland and western outposts such as Denver. In the Boston area, the growth of the day school movement in the 1940s was exemplified by the opening of three more Orthodox schools, including two in Dorchester and one in Chelsea. Today, only one of those schools survives: The New England Hebrew Academy, which was founded by Chabad-Lubavitch in 1944.”

Things changed again in the 1960s and ‘70s, as some Jews began to reject post-war assimilation and further embrace their Jewish ethnicity

“Some of this is fueled by Jewish pride in the wake of the Six-Day War as well as the example of the Black power movement. White ethnics across America embraced their heritage, and Jews were no different in this regard. It’s also important to acknowledge that some of the day school growth during this period is attributable to white flight from desegregated public schools, especially those in racially transitioning neighborhoods.

“The growth of non-Orthodox day schools actually begins in the 1950s and early 1960s, with the establishment of the Conservative Solomon Schechter network. The Epstein Hillel School (formerly Cohen Hillel Academy) on the North Shore opened in 1955, and Solomon Schechter of Greater Boston began enrolling students in 1961.

“The Reform movement was the latest to jump on the day school bandwagon because of its commitment to public education. It wasn’t until the ‘70s and the ‘80s that you really had the growth of these Reform day schools like Rashi, which was founded in 1986.

“Another growth spurt in the non-Orthodox day school sector occurred in the 1990s and early 2000s and was fueled by the Jewish continuity crisis. JCDS, which opened in 1995; Gann Academy, which was founded in 1997; and the MetroWest Community Day School, which launched in 2003, were part of that wave. Orthodox day school growth also continued apace as demonstrated by the opening of the Striar Hebrew Academy on the South Shore in the late ’80s.”

While Orthodox Jews continued to support day schools in great numbers, day school popularity among the non-Orthodox dropped during the Great Recession

“From about 2008 and the financial crisis up until COVID, the non-Orthodox day school sector flatlined and even began to decline. I would say there are a few reasons for that, based on my research. One of the reasons is cost. It’s very expensive to send your kids to day school. Of course, the schools are not oblivious; there have been efforts to try and make school more affordable, including financial aid. But, even if you’re middle class, it’s expensive.

“I had somebody tell me recently that they were spending the equivalent of a college tuition because they have multiple kids going to day school. I had dinner with somebody just a couple of nights ago who said to me, ‘Look, I can’t afford school.’ And I said to her, ‘Some of these schools have very generous financial aid programs.’ And she said to me, ‘I understand that, but I feel really awkward asking for money. And I’m also afraid that if they give me money, they’re going to possibly be looking over my shoulder. If we go on our first family vacation in five years, they’re going to be wondering: Why isn’t that money coming to us?’

But the fortunes of the day school movement changed during COVID

“What’s really interesting is, due to COVID, there has actually been a bump in day school enrollment over the past two years. Public schools have been really stressed and have been less nimble in the way in which they’ve responded to the pandemic, especially in 2020-2021.

“Most of the day schools in this area, if not all, were back in-person. They had the resources to make that happen, even while many public schools remained online. There were certainly parents who felt like their kids were not getting a good education in their public schools, and they pulled them out and sent them to day schools. So far, what I’ve heard is that most of the families who sent their kids to day school last year kept them in day school this year. Schools have been successful at retaining the kids who came in last year.

“Since 2020, people have been saying, ‘Hey, wait a second. You do get a lot for your money that you wouldn’t necessarily get in a public school. The pandemic is a case in point. The public schools are resource-stressed, and the day schools are better equipped to deal with a crisis like this.’”

“Whether this is a blip or the beginning of a new trend remains to be seen. The fundamental financial problem with the day school model for middle- and lower-income families has not been solved. It has just been temporarily eclipsed by the exigencies of the pandemic.

“Equally important for the long-term sustainability of the non-Orthodox day school sector will be its ability to embrace and celebrate an increasingly diverse Jewish population and speak the language of millennial parents who value diversity and tend to be socially conscious, environmentally conscious, budget-conscious and anti-hierarchical. Perhaps the greatest challenge will be navigating millennials’ deep-seated skepticism about the value of organizations.”See Boston’s Jewish Day Schools