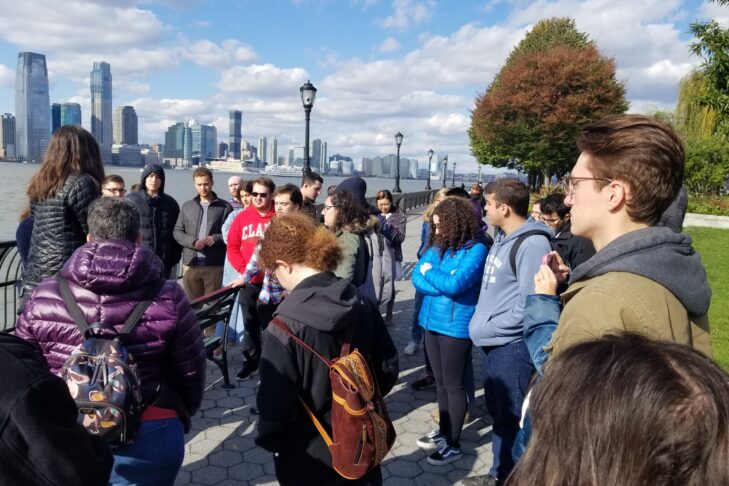 ClarkU Hillel recently took a meaningful excursion to the Museum of Jewish Heritage in New York City. The museum shows the horrors and ongoing relevance of the Holocaust in today’s world, especially centering around Auschwitz.

“It’s really important to remember our history,” said Jeff Narod, executive director of Clark University’s Hillel (ClarkU Hillel). “As a Jewish nation we must stand up for any group that is oppressed and taken advantage of, especially in light of what’s going on in the world today.”

The exhibit—”Auschwitz. Not long ago. Not far away.“—opened on the anniversary of V-Day this past May. It surveys the time of World War II, showing how Nazis assigned a chart of eye color to distinguish who was and was not acceptable, through more than 400 photographs and 700 original objects, and how tens of thousands of other minority groups were victims as well.

“They [the Nazis] thought of everything,” Sam Reed ’19 said. “They definitely dotted their i’s and crossed their t’s.”

Artifacts throughout the museum included shoes worn by children, a real door to the crematorium in Auschwitz, as well as a chart that showed the triangles and patches each “perpetrator” had to wear.

“Right at the end, a Jewish prisoner took a photo of the Nazis burning all the bodies of the prisoners and that was used as proof,” Reed said.

Throughout the exhibit, students were able to gain a view of the horrors they never faced before. 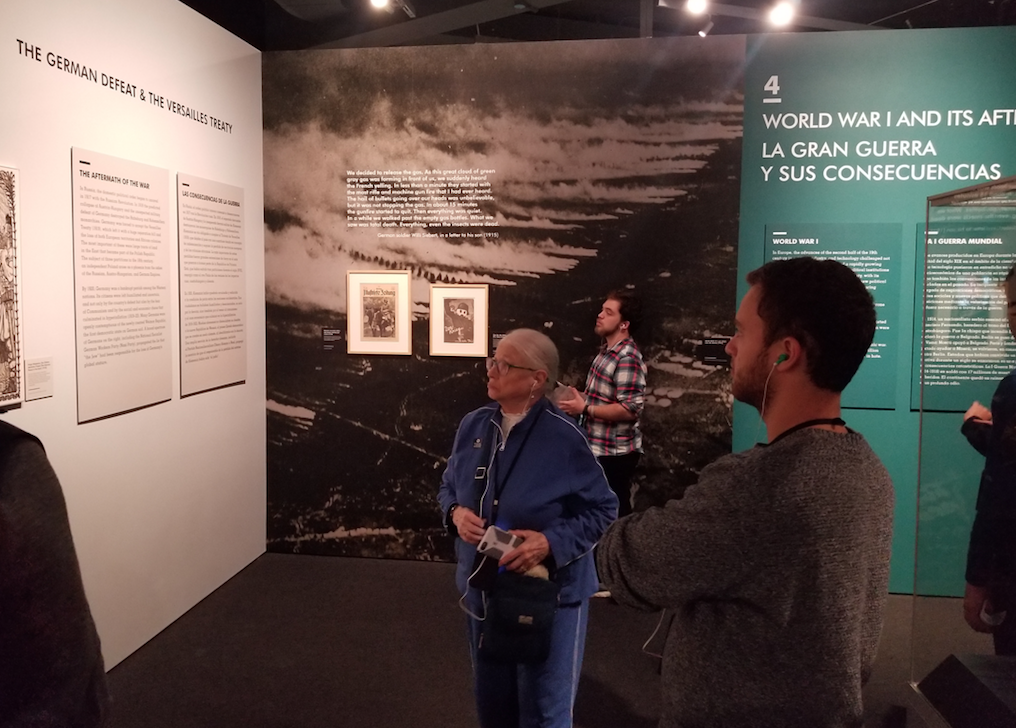 Students who are not involved in Hillel and those who are not Jewish also attended the exhibit.

“If, one day, I want to stand by Jewish people, I have to learn the history,” graduate student Knight Wei said. “I have to learn what you experienced before. I also wanted to be a part of this community and enjoy this meaningful trip.”

The footage of the survivors was powerful as well, Hoffman said.

They talked about how to repair the world, Walter Holzburg ’20 from Baruch College added. The videos discussed how exhibits like this are important, even almost 80 years after the Holocaust took place.

“I think the video testimonials sharing their stories—the stuff they had to go through, the horrific details—I feel like you learn something new each time you go through an exhibit like this,” said Will Lichtenburg ’20, vice president of ClarkU Hillel.

Students in addition to ClarkU Hillel also came from Becker and WPI Hillels.

“The visuals and the audio really put it in context because I read the stories before, but seeing them added a new dimension,” said Josh Usiskin ’20, WPI Hillel president.

Some of the Clark students had gone to Auschwitz before and experienced the museum through a different lens. Members Rose Spitzer ’20, Miranda Singer ’20, Lichtenburg and Reed went to Poland previously.

“I definitely learned some new things at the Auschwitz exhibit in New York,” Reed said.

Reed mentioned how she knew of the “Angel of Death” doctor Joseph Mengele, but she had never heard of the second doctor who oversaw the Jews, Gregor Renno.

“I had no idea this man existed,” Reed said.

Other students who had been on the trip to Auschwitz also found the exhibit impactful.

“The most impactful for me was that I’ve literally been to Auschwitz so I didn’t really go into the exhibit expecting to really learn anything new or learn anything I hadn’t really heard,” Lichtenburg said. “I learned a whole bunch of new stuff that I hadn’t heard before. The fact that I’m able to go to these things having already gone to the real place and learn new things is kind of incredible.” 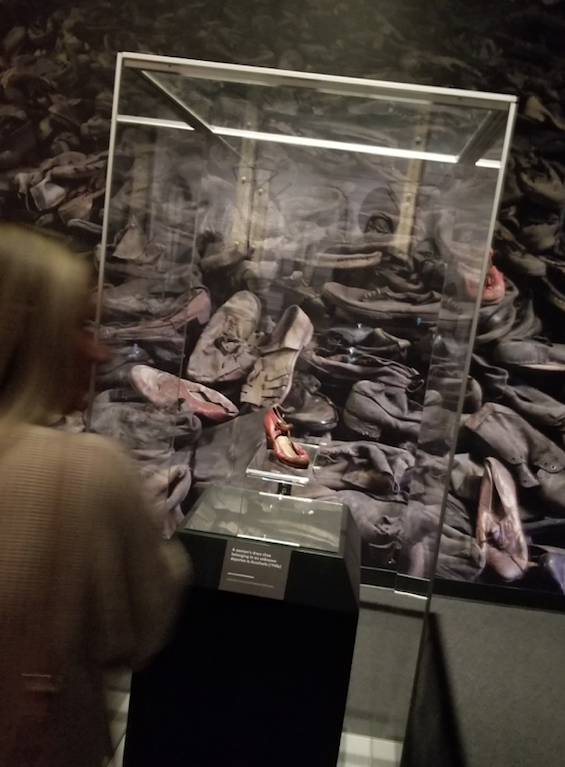 The Auschwitz exhibit has recently extended its time at the Museum of Jewish Heritage until Aug. 30, 2020.

Monica Sanger is the student president of Clark University Hillel.