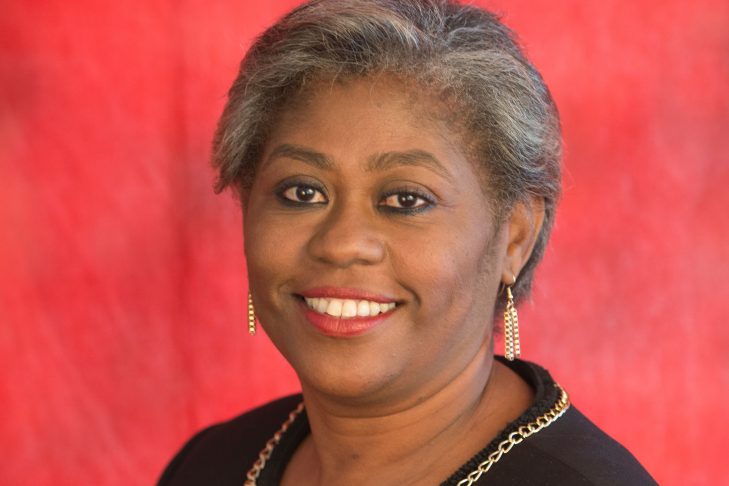 When I tell Chaplain Clementina Chéry, the founder and CEO of the Louis D. Brown Peace Institute in Dorchester, that she is a lamed vavnik, she puts her hand to her heart and tells me, “I’m receiving your words with the utmost care and tenderness.”

I explain that lamed vav equals 36—a significant number in Jewish lore that is a multiple of 18, which corresponds to the Hebrew letters spelling out the word “life.” The legend of the lamed vavnik posits that at any one time, there exist 36 righteous people in the world who hold the world together. Their ongoing good deeds keep destructive chaos at bay.

Through the institute she founded in her son’s memory, Chéry has been much lauded for almost three decades for spreading the gospel of peace and educating the public on the dire consequences of gun violence. Her son, Louis, was caught in deadly crossfire near his home in Dorchester in December 1993, on his way to a Teens Against Gun Violence meeting. He was 15 years old. Although the tragic irony was almost too much to bear, Chéry and her husband, Joseph, responded by founding the Louis D. Brown Peace Institute to honor and continue Louis’s dedication to peace.

The institute supports both the families of victims and perpetrators of gun violence, and Chéry is the alchemist who turns bitterness and hate into love and forgiveness. Louis was Chéry’s oldest child. She gave birth to him in April 1978 when she was just 17 and unwed. “I was a 17-year-old who suddenly became an adult and a mother,” she said. “Louis had a stillborn twin sister, making his birth a heavy mix of joy and grief. I celebrated and mourned at the same time.” In June following his birth, Chéry walked across the stage to receive her high school diploma.

Chéry remembers the December afternoon in 1993 when her life was cleaved into before and after. Her memories are achingly clear and specific, conveying the kind of recall one has just before a traumatic incident. When Louis left for school that morning, he asked his mother to make him a late lunch of fried chicken and mashed potatoes. “He said sort of jokingly, ‘Can you make my favorite meal? You never know, it may be my last.’” 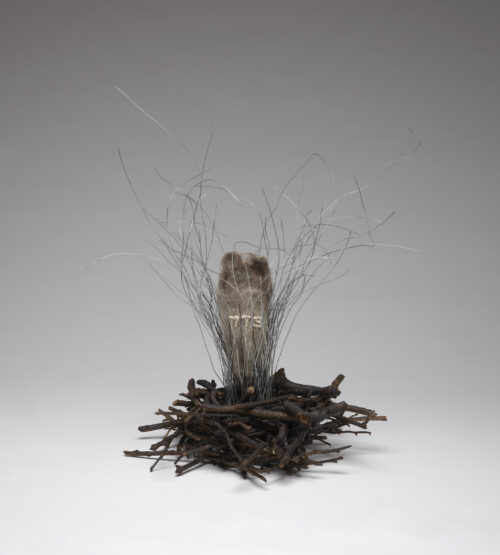 Chéry made her son’s favorite meal and offered to drive him to his meeting. Louis told her it was just a 15-minute walk. Since then, it has been a lifetime of second-guessing for Chéry. What if she had driven him that afternoon? Would her beloved son be a grown man today? After a cousin called and told Chéry that Louis never showed up to the meeting, she thought he might have had his headphones on and was hit by a car.

In the immediate aftermath of Louis’s death, Chéry said she felt betrayed by the city of Boston and guilt-ridden. “Certain places in our city are known to be hotspots,” she said. “My son died in a place that we knew was dangerous and we feared it. The day he walked to his meeting was the day he was killed. It took me years to shed this guilt, and I had to do my own inner healing to get there. The first thing was to forgive myself. I also knew I had to forgive the shooter.” The work to forgive was necessarily solitary for Chéry. “It was like a spiritual war inside of me, trying to understand what God wanted from me during the worst thing that happened to me,” she said.

Chéry was angry and confused. She stopped attending church. “I eventually understood God was there all along, even though I was keeping Him at a distance,” she added. “And so, I put my hands down and let God in. There was a sense of relief and of knowing that God wanted me to teach my peace to my people.”

The lesson began with imagining herself in the place of the shooter’s mother. And then she asked God for advice, who answered to “act justly, love mercifully and humbly obey your God.” Within months of Louis’s death, Chéry met with the mother of the young man who fatally shot Louis. The two mothers embraced, cried and spoke as only mothers can. “Our hearts connected because we both lost on that cold December afternoon,” said Chéry. The two women became friends, and the mother now volunteers at the Peace Institute.

Chéry’s story captivated Newton artist Caron Tabb. Tabb paid tribute to Chéry in her exhibition, “Humanity Is Not a Spectator Sport,” by making a tzedek or justice vessel in Chéry’s honor. In the exhibit, Chéry’s vessel was paired with a vessel for Ruth Messinger, a Jewish woman who has dedicated her life to social justice. Chéry said she was excited and happily surprised to have a Jewish ritual object dedicated to her. “Caron’s tzedek vessel is about interconnectedness and how I believe God is using me,” she said. “I saw there was another side to my grief that included principles like love, unity, faith, forgiveness and hope.” 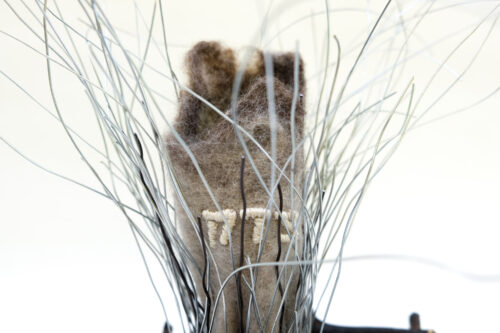 Traditionally considered a tzedakah or charity box, Tabb focused on the idea that the word tzedek was embedded in the word tzedakah. Chéry’s justice vessel features a nest made of twigs and held together with wire, which Tabb covered with felt. Next, she torched another pile of twigs and set the nest atop it. She also embroidered the word tzedek on the nest. “I wanted to convey Clementina’s story of turning her pain into something so profound and impactful,” Tabb said.

This August, Tabb’s intention of encouraging other artists to create tzedek vessels will be realized in a public art project called “Be the Change.” Noted Tabb: “I wanted to introduce the public to a Jewish ritualistic object and inspire them to engage with some form of injustice. There will be 18 large tzedek boxes, six of which will be displayed in the Fenway. Each artist will engage with a theme of injustice close to their heart. We’ll offer the audience an opportunity to engage directly and have an impact, whether through a legislative act, donating money or contributing time or energy to do something like registering people to vote.”

Tabb said “Be the Change” will also serve as a model for fighting antisemitism. “We can show people how we show up as a Jewish community,” she said. “And the installation has its roots in my visual understanding of Clementina’s story and my commitment to her. The values she lives are profound and so touching. She is a true inspiration, and, yes, she is a lamed vavnik.”