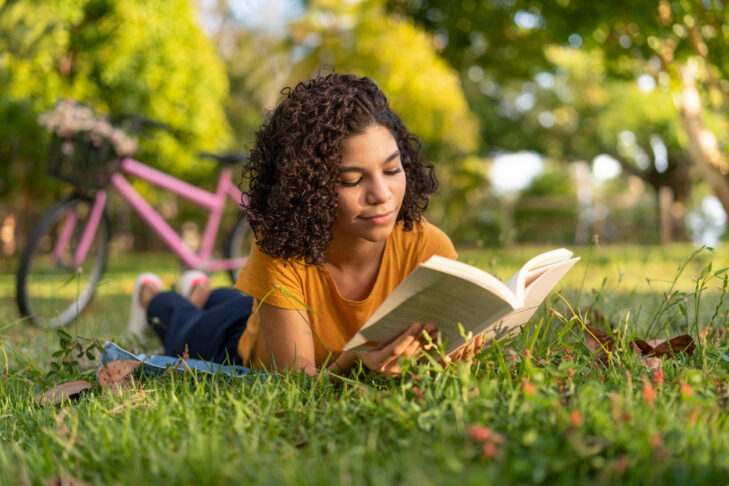 As Chicago prepares to celebrate the 1893 World’s Fair, a young Jewish boy named Alter Rosen suffers the loss of his best friend, Yakov. It turns out that Yakov is the latest victim of a killer targeting Jewish boys. Alter becomes possessed by his friend’s dybbuk, which threatens to take over his body completely. He reconnects with a dangerous boy from his past and together they work to find the killer. This is the plot of “The City Beautiful,” a 2021 young adult novel by Aden Polydoros that earned multiple recommendations for placement on JewishBoston’s summer reading list of books that tackle antisemitism and/or racism. (Find the full list at the end of this post!)

Robin Brenner, the young adult librarian at the Public Library of Brookline, calls “The City Beautiful” “one I really love,” a work of historical fiction that is “particularly well done,” including in its exploration of how “the World’s Fair was presented to the public and who it was presented for.”

Among library patrons, she said: “‘The City Beautiful’ has been certainly noticed. [It’s] one of those that has gone out consistently. It tells a story that people are very interested in learning more [about].”

Last year, Polydoros’s “The City Beautiful” was named a “Best Book for Teens” by the New York Public Library and got a favorable review in School Library Journal. “Featuring a queer protagonist, it is deeply layered with Jewish myth, immigration, racism and anti-Semitism,” Alicia Kalan wrote for School Library Journal, noting that “some readers may find the descriptions” of certain parts of the plot “too intense.”

Sara Waltuck, the children’s bookseller at Brookline Booksmith, also gave the book a recommendation and praised a more recent novel—“From Dust, a Flame” by Rebecca Podos. The book, published in March, tells the story of a family of three: teenage Hannah, her brother and their mother. The siblings live a nomadic life marked by rental homes and their mother’s broken relationships before Hannah begins to experience a series of unusual mutations when she turns 17. Her mother vows to find someone who can help, then disappears. Ultimately, it’s up to Hannah to connect with her Jewish family history and learn about her grandmother growing up in the Nazi-occupied Czech capital of Prague.

Multiple other recent books made local experts’ list of recommendations, from fiction to nonfiction.

Brenner mentioned “The Assignment,” a 2020 novel by Liza Wiemer based on actual events. A popular high school teacher gives a controversial assignment, asking a group of students to make a case for the Holocaust. Classmates Logan and Cade view this assignment as wrong and speak out against it, yet not everyone agrees with them.

David Sandberg, a co-owner of Porter Square Books, listed the 2019 historical graphic novel “White Bird: A Wonder Story” by R.J. Palacio among his recommendations. “White Bird” continues the narrative of Grand-mère, a character introduced in Palacio’s previous work, “Auggie & Me.” In “White Bird,” the reader meets Grand-mère—French for “grandmother”—as a Jewish youngster in occupied France during World War II. It’s a story of the French family who shelters her, and a boy she and her classmates ostracized who ends up playing a critical role in her rescue. “White Bird” will be released as a film this fall, featuring Helen Mirren as Grand-mère.

Sandberg also recommended Jane Yolen’s 2019 Holocaust novel “Mapping the Bones,” about young Jewish twins Chaim and Gittel fleeing from the Nazis in Poland. Another one of his picks was “Color Me In” by Natasha Diaz. This 2020 novel tells the story of a girl whose father is white and Jewish and whose mother is Black. After her parents’ marriage ends, she navigates her diverse family background while living with her mother in Harlem and going to an exclusive private school.

Brenner noted that there’s even a groundbreaking Jewish comic book character, ”Whistle,” the heroine of a new DC Comics series of the same name. “One thing that’s really nice,” Brenner said, “is that more and more books are featuring Jewish main characters, [including] Jewish main characters who express this part of their life…it’s not a passing reference. It’s really nice. There are a lot more titles that are beginning to be offered to teens. Teens need a real reflection of the world, books that inspire them, teach them. It’s nice to have a range.”

Are there any books you would add to this list? Let us know in the comments!