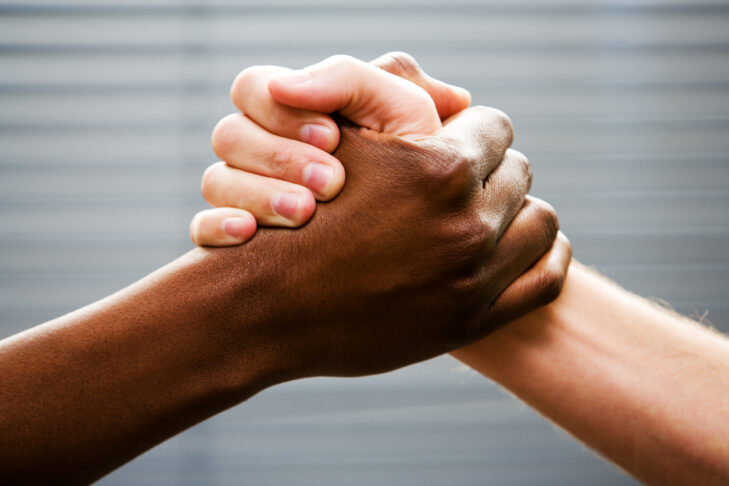 In celebration of the relationship between America’s Black and Jewish communities, and in opposition to antisemitism and racism, the National Urban League and American Jewish Committee are partnering to designate the week of Sept. 7 Black-Jewish Unity Week. The hashtag #BlackJewishUnity will be used to promote the unity week’s themes and programs to strengthen Black-Jewish understanding and joint advocacy.

“American Jews have been among the staunchest allies of Black Americans since the Great Migrations,” National Urban League president and CEO Marc H. Morial said, noting that one of the founders and first chairman of the board of the National Urban League was the prominent Jewish American economist Edwin R.A. Seligman. “Michael Schwerner and Andrew Goodman, who fought for civil rights and died alongside James Chaney, are among the most revered martyrs of our movement.”

A key objective of Black-Jewish Unity Week is urging Congress to pass the National Opposition to Hate, Assaults, and Threats to Equality (NO HATE) Act, which would improve hate crime reporting through law enforcement trainings, the creation of reporting hotlines, increasing resources to liaise with affected communities and public educational forums on hate crimes.

“Hate crimes are on the rise all over the country,” Morial said. “Yet a shocking number of cities are failing to report these crimes to the FBI, hindering the nation’s ability to address this increase.”

Harris said, “Jews have for too long been the primary target for religiously-motivated hate crimes, while African Americans are by far the most targeted for racially-motivated crimes. When we stand together against bigotry and hate, we stand stronger.”

Leaders of the Congressional Black Caucus and the Congressional Caucus on Black-Jewish Relations will introduce a resolution officially designating the week in honor of mutual understanding and recognition of the joint need to combat antisemitism and racism.

The organizations will jointly observe the week with a series of events aimed at fostering a deeper cultural and historical understanding and appreciation between the two communities. Daniel Elbaum, AJC’s chief advocacy officer, will appear on National Urban League’s “For the Movement” podcast, and Clint Odom, National Urban League’s senior vice president for policy and advocacy, will be a guest on AJC’s podcast, “People of the Pod.”

Morial and Harris will appear together on a joint NUL and AJC Advocacy Anywhere Zoom event at 12 p.m. on Sept. 8.

Using the hashtag #BlackJewishUnity, the organizations will promote educational and entertaining features, including book and film recommendations and moments from Black and Jewish history.