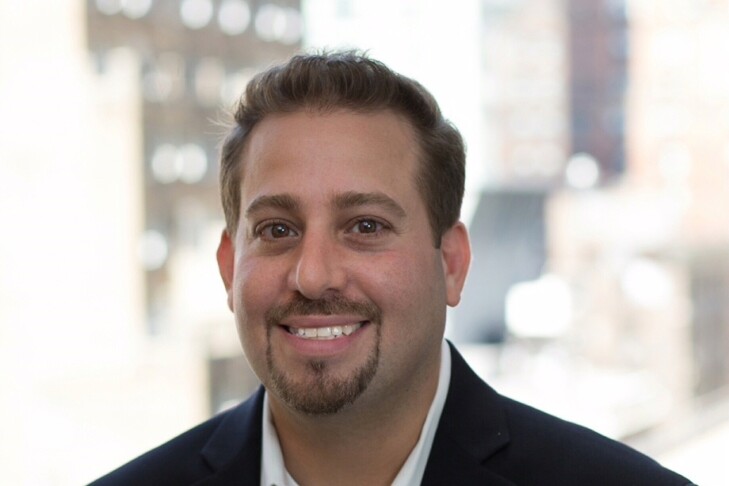 On a daily basis, Oren Segal fights antisemitism through his job as vice president of the Center on Extremism at the Anti-Defamation League (ADL). When CNN anchor Dana Bash and her team visited the center while filming their Aug. 21 prime-time special report, “Rising Hate: Antisemitism in America,” Segal was ready to share his research with them.

“I think the special was important,” Segal said. “It’s an important topic. Jews are feeling particularly vulnerable. This special tried to shine some light on what’s happening now, modern manifestations of antisemitism. It’s hard to capture everything in one hour…it’s the beginning of a conversation to open people’s eyes.”

Recent years have been marked by violence against Jewish communities, including mass shootings at the Tree of Life synagogue in Pittsburgh, Pennsylvania, in 2018 and a Chabad center in Poway, California, in 2019. Since 1979, the ADL has done an annual audit of antisemitic incidents in the U.S. Last year’s total was 2,717 such incidents, an all-time high and a 34% jump from 2020.

“It’s hard to ignore the rise of antisemitism—violent antisemitism in particular—in the country,” Segal said.

Days before the special aired, antisemitic threats were reported against Florida judge Bruce Reinhart, who signed off on the FBI search warrant for former president Donald Trump’s Mar-a-Lago estate. Shabbat services at Reinhart’s synagogue were canceled in the wake of the threats.

“After the search of Mar-a-Lago, a wide range of threats happened online,” Segal said. “Some targeted the judge, who happened to be Jewish. They included antisemitic rhetoric in the threats. Other [threats] included specifically targeting the FBI agents involved in the search and, more broadly, threats against the FBI and the government. While disturbing, it’s actually pretty standard from what we’ve been seeing over the past few years.”

Since 2006, the New York City-based Center on Extremism has been tracking antisemitic and extremist content online. The center shares its findings with law enforcement and communities that could be affected.

“We try to not only prevent this sort of antisemitism and extremism but literally try to protect communities from the most dangerous of these folks,” Segal said.

The ADL has also established the brand-new Investigative Research Lab, which uses state-of-the-art technology to fight antisemitism and extremism. Bash and her crew got an unprecedented look at the lab while filming.

Two clips from the show are available for public viewing on YouTube. In one (above), Segal is shown discussing white supremacists who livestream videos in which they harass Jews. He notes that these videos have an option for viewers to make donations.

The other clip (below) features remarks from Segal, as well as ADL CEO Jonathan Greenblatt and Daniel Kelley, associate director of the league’s Center for Technology and Society. In this clip, Greenblatt calls the COVID-19 pandemic “a perfect storm for prejudice in many ways,” while Segal discusses the “Zoom bombing” phenomenon and Kelley addresses antisemitism in the gaming world.

“I was able to show [Bash and her crew] the type of antisemitic content we are tracking online, how we pull sheets of information from various online services and how we analyze that,” Segal said. “Ultimately, they were able to see a place in which people are working to try to mitigate the threat of extremism and antisemitism.”

Segal, a New York native, graduated from Wheaton College in Norton, Massachusetts, and has worked for the ADL since 1998. He sees online antisemitism coming from both the far right and the far left.

“The explicit calls for violence. These calls for violence and antisemitism are not the sole domain of any one group or movement,” he said. “On the far left, one iteration is the Mapping Project, which lists various Jewish institutions and individuals in the New England area…it could be viewed as sort of targeting individuals. You never know who’s going to read and act on it. The Mapping Project focuses primarily on Israel-related issues, which is typical of extremist activity we see on the left.”

Meanwhile, “on the right…we’re seeing white supremacists not only threaten the Jewish community but other communities. They try to encourage others to engage in violence. It’s part of their M.O.”

Segal reflected: “I think the bottom line is, threats against the Jewish community are diverse. We ignore these threats—from all sorts of spots on the political aisle and the ideological spectrum—at our own peril.”

“I think this is a time of great polarization in the country,” he said. “The Jewish community is feeling vulnerable, under attack, whether from violence on the streets to classrooms to the online spaces where so many of us spend much of our time. It’s easy to start feeling helpless in the face of this.

“People ought to know that the ADL and the Center on Extremism are dedicating pretty much most of their waking hours to responding to rising levels of antisemitism and making sure communities are protected. I can’t think of anything more important to do at this time.”