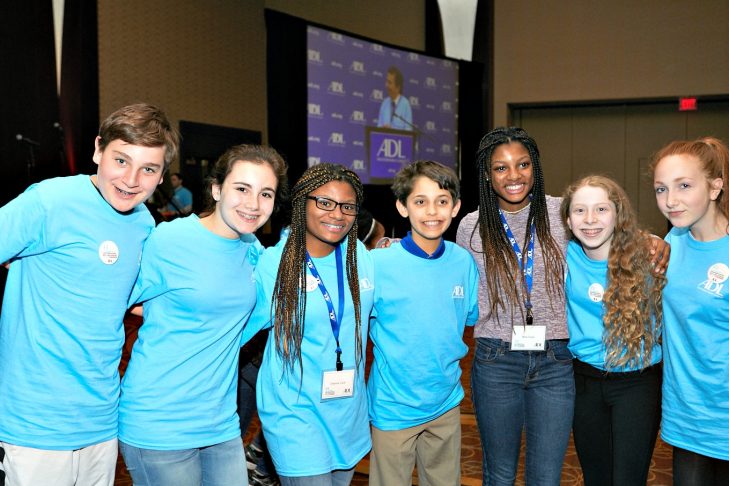 This week, swastika graffiti was found at Needham High School; in Arlington, 14 students were accused of defacing the high school with a swastika and anti-gay slurs.

So it’s heartening to talk to several kids who say that the recent Anti-Defamation League (ADL) 24th Annual New England Youth Congress was a moving, life-changing success. This year’s theme was “Courageous Conversations.”

The Youth Congress is ADL New England’s capstone event. The one-day conference unites more than 1,500 middle school and high school students, teachers and community leaders from over 70 schools across New England. The program offers student leaders and teachers the chance to explore the nature and impact of prejudice and to develop strategies that promote inclusion in larger group sessions and workshops.

“I was opened up to what was really happening to actual students and how bad it can get. I remember Brittany Packnett saying that an eighth-grader got tear gassed at a peaceful protest. I was exposed to the type of things that had been happening, and now I will be on the lookout and try to support them. You don’t know any of these people, and you know everyone’s story,” says Carina, a student at Newton’s Oak Hill Middle School.

The Cook sisters spoke about how they were punished by their school for wearing hair extensions, which had been banned. The girls pushed back, saying the ban was discriminatory toward black students and that the ban wasn’t enforced evenly among students. The school ultimately dropped the ban at the insistence of the Massachusetts attorney general’s office.

“Setting aside their story, just that they had the courage to stand in front of 1,400 students and talk to us is amazing,” says Allie, a student at The Rashi School in Dedham. 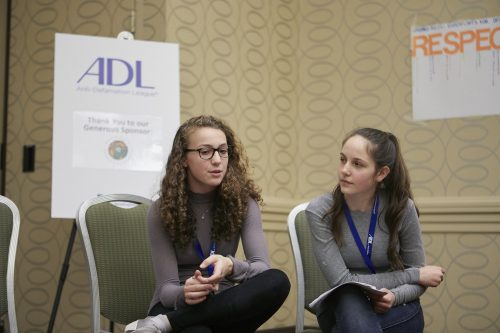 Kids from various backgrounds talked about a range of topics, from classism to racism and prejudice—especially the unconscious kind, where teens form snap judgments about, say, what their peers wear, what sports they play or what kind of iPhone they have. Kids worked to learn how to bridge gaps among cliques.

“We had an activity called ‘Head, Heart and Hands,’ where we talked about what we were going to take into our schools and communities. When you see someone trying to go into a friend group, trying to break a label they’ve been given—’I like baseball; you like soccer’—you can still be friends even if you like two different things,” says Rashi’s Emma.

Especially against a backdrop of increasing hate incidents, the goal is to provide students and their teachers with the opportunity to affect positive change, to shake off assumptions about class and race and learn what they can do to counteract bias and discrimination in their schools and communities.

“The Congress has become more important in recent years due to divisiveness and the country at large,” says ADL education director Phil Fogelman. “There has been a marked increase in the number of reported bias incidents. We need to create greater civil discourse and promote greater inclusion in our schools and community. Hopefully students left inspired, motivated and mobilized to go back to their schools and make a difference.”

“A big theme for me was not to let words of hate slide. Don’t think, ‘Next time I’ll say something.’ It’s much better to do something in the moment,” says Danielle, a Rashi student. “It gave me the courage to stand up against prejudice and bigotry.”

“The speakers definitely opened up our eyes to things that happen that we didn’t even notice before. Now, coming back to school, I’m going to do my best to be an ally,” says Oak Hill’s Sarah.