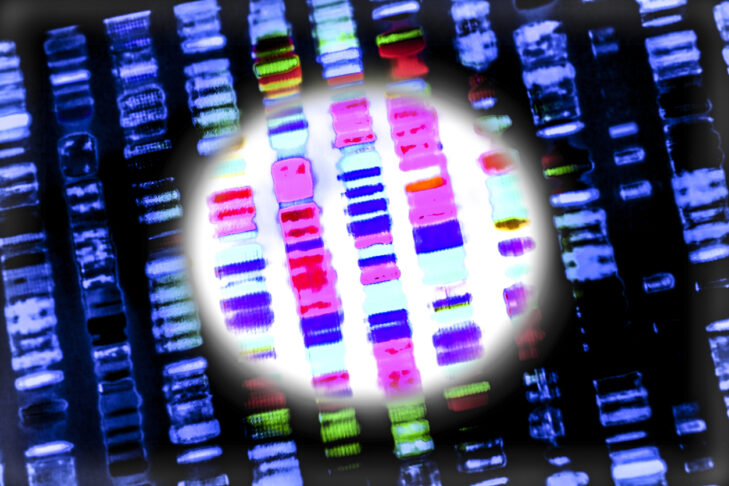 My brief adventure in DNA testing did not turn out to be as momentous as writer Dani Shapiro’s. Shapiro spoke to JewishBoston last year about her memoir, “Inheritance: A Memoir of Genealogy, Paternity, and Love,” in which she chronicles taking a recreational DNA test. It turns out the man she thought was her father was not biologically related to her. She had been conceived with donor sperm, a secret her parents kept from her. Shapiro recently appeared on a Hadassah Magazine webinar about genealogy and the new era of DIY DNA testing. She was on a panel with Libby Copeland, award-winning journalist and author of “The Lost Family: How DNA Testing is Upending Who We Are,” and Jennifer Mendelsohn, an expert genealogist and seasoned journalist.

Shapiro explained that she was shocked to receive life-changing results from her DNA test. The startling results set her on a journey in which she questioned, “What makes a family a family? What makes a father a father? What is nature? What is nurture?”

Shapiro engaged Mendelsohn, a specialist in tracking down DNA relatives, to find her biological father using the DNA tests. It didn’t take long to find him. Shapiro already had a lead through his nephew, who had showed up as a relatively close relation in her DNA report. Shortly after, she watched a YouTube video of her biological father giving a lecture. She had learned that he was a retired physician, married with three children and living in the Pacific Northwest. “I saw that he was gesturing the same way that I do when I’m behind a lectern and giving a lecture,” recalled Shapiro. “There was not a single moment where I wondered or questioned whether I should reach out to him. I just did.”

In response to Shapiro’s story, Copeland asserted that a new lexicon was needed to describe the relationships uncovered in genetic testing. “There are millions of Americans right now in situations where they, or someone they know, is discovering important things about themselves, and it’s reconfiguring the family,” she said.

I have more than a reasonable suspicion that my father had an unacknowledged daughter, 10 years older than I, when he lived in Latin America. Despite my fears of reconfiguring my family with a DNA test, I decided to fish out the DNA kit my husband gave me five years ago to look for answers. In the years my DNA kit expired on my desk, various DNA databases increased from 8 million people to 35 million. “Not a problem,” said the 23andMe representative when I asked about replacing my kit. The company would send me a new one, free of charge.

When it came time to spit into the vial, I was hyper aware of treading into the vast gene pool to which a home DNA kit significantly contributed. But after tearing the plastic off the packaging, I froze. What if I wasn’t who I thought I was? My mind went to alarming, if improbable, places. What if I were linked to someone like the Golden State Killer, who was found only because of an unsuspecting family member’s dabbling in DNA? My mouth was dry. My daughter, who worked at Boston Children’s Hospital, was an expert at getting 3-year-olds to produce spittle, so she went to work on me.

“You can do this, Mom,” she said gently.

My saliva went off to a DNA factory, where it would join thousands and thousands of gallons of samples. I had read in Copeland’s book about a company selling 1.5 million home genetic kits over one long holiday weekend in 2017; she estimated it amounted to 2,000 gallons of spit, enough to fill an average above-ground swimming pool.

A few weeks later, 23andMe sent various links to my results. When I didn’t immediately click through to my DNA reports, my reluctance seemed to concern the company. I received several email messages nudging me to open my test results and take a look. After a week of their entreaties, I decided to start with the safest link of all, one that was standard for everyone as part of results but that probably would yield no information whatsoever—what they call the “Neanderthal Report.” I figured I could gradually work up to other more normal ancestry choices, like “European.”

I clicked on the “safe” report and, horrified, saw that I had 10% more Neanderthal DNA than the average 23andMe consumer. I was prehistoric! At least, some of my DNA was. I waited a few more days to calm down from this unwelcome information before clicking through the other links.

I tried the ancestry composition link and found another bell I could not un-ring—not only was I prehistoric, but I was also just barely over 60% Ashkenazi Jewish and almost 15% Southern European. Although my mother is 100% Sephardic, my spit revealed that I was only 1.5% Spanish—hardly Spanish at all!—whereas I was 9% Italian, with slivers of Middle Eastern and African ancestry.

I didn’t recognize any of the names of the relatives dangling from the family tree that 23andMe had planted for me. I noticed, though, that I distantly matched people with Latinx surnames. I was everything and nothing. Undefined. My narrative was now open to full-on speculation. I was dizzy with the possibilities of who I was; more accurately, who I thought I was.

Disoriented and disappointed that there was no DNA pointing to a half-sister, I decided to upload my DNA results to another site with the hope of gaining more clarity. MyHeritage also confirmed that I am only a little over 60% Ashkenazi but promoted me to 22% Sephardic. The numbers still didn’t compute. To the best of anyone’s knowledge, my mother was a full Sephardic Jew, with parents from established Sephardic families in Turkey and Greece. I looked up my DNA matches and recognized some distant relatives, a couple I had even met.

These results seemed more credible. Yet I still felt disconnected from the world at large. Was my family smaller than average? Or maybe it was just a family in which no one had thus far been willing to spit into a vial. Blood, in this case, was thicker than DNA. A genealogist I consulted told me that DNA kits had not caught on in Latin America. Copeland affirmed that Americans, in general, have become “a nation of seekers, defining ourselves throughout the past.”

Not willing to destabilize my family, I have ended my DNA inquiries for now. My late father called me his nosy daughter when I was little. “Curiosity killed the cat,” he sternly warned. Little did my father know that DNA testing inflated my curiosity, as well as my fear of finding out something I wasn’t ready to know.