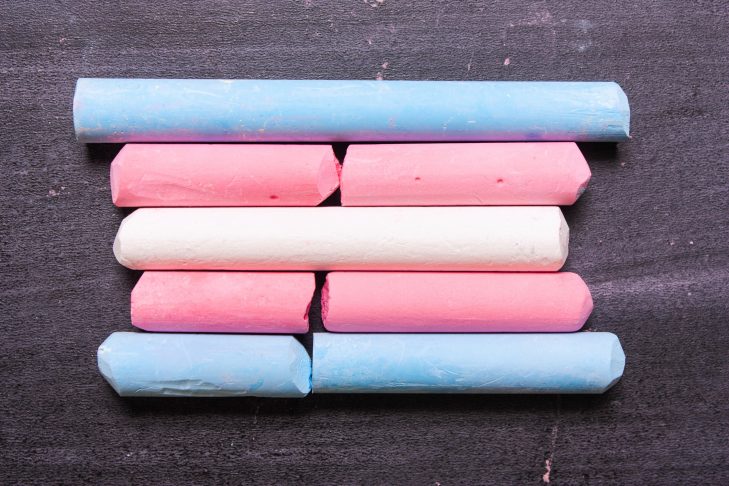 Schuyler Bailar, whom Harvard University recruited to swim on the women’s team, transitioned from female to male just before entering college. Bailar emerged as his true gender after a difficult year in which he was treated for an eating disorder and depression as a female. “I didn’t have a [transgender] role model to look to in sports,” Bailar told the audience of approximately 200. At Harvard, coaches and teammates on the school’s Division 1 men’s swim team warmly welcomed him. “Everyone was incredibly supportive,” he said. “I see things changing. I compete legally on the men’s team. As a trans athlete, I’m passionate about being a role model for trans kids.”

Dr. Norman Spack, an endocrinologist who co-founded the Boston Children’s Hospital Gender Management Service clinic, recalled that the first person he treated was a 24-year-old Harvard graduate who had transitioned from female to male. Spack, an internationally recognized expert on transgender issues, noted that his first patient was his teacher on the subject. Spack also shared that in his early days of transgender activism, he was “dying proof of the death all around me.” He pointed out that individuals whose transgender identities were never accepted had a 45 percent chance of suicide. Spack asserted that waiting to treat transgender adolescents until adulthood is putting that population at risk.

When Mimi Lemay published “A Letter to My Son Jacob on His 5th Birthday” in 2015, it immediately went viral. Lemay had experienced her own profound life changes when she left the ultra-Orthodox community in which she was raised. Her son, Jacob, underwent his transition from assigned female to affirmed male when he was 4 years old. Prior to that, Jacob had been a happy little girl until he was 2. But soon after he withdrew from his family and had worsening tantrums. “[Eventually] our child told us that the problem was ‘I’m a boy,’” Lemay said. She added she was “surprised” Jacob was so sure of his gender at such a young age. He was 3. Since Jacob’s announcement, Lemay noted that she’s had a “well-adjusted, blossoming and very social son.”

“Aranu’tiq” is a term that describes an androgynous or third-gender person. Nick Teich reclaimed the term when he founded Camp Aranu’tiq, the world’s first summer camp that caters exclusively to transgender or gender-variant youth. Teich, a transgender man, had his own traumatic experience with summer camp. The year he was transitioning from female to male, the camp where he had been a long-time counselor did not allow him back. “I was shocked by that,” Teich recalled. “[I thought], what can I do to make some changes? I decided to start Camp Aranu’tiq.” That was in 2010. Teich rented a camp in Connecticut for one week and 40 kids attended. Last summer the camp served over 550 kids at its new property in New Hampshire and its satellite location in California. Teich observed that the camp is a place where trans kids can be themselves. “We’re not a therapeutic camp,” he noted. He said that kids tire of recounting their gender journey or self-harming behavior. “Kids have enough of that talk in their communities,” he said. “[At camp] they’re just free to be a kid.”

As the evening progressed, the panel acknowledged that the current political climate is a difficult one for the LGBTQ community and has contributed to the dangers transgender people currently face. As a parent, Lemay worried that “the protections afforded under [President] Obama’s directive on Title IX that says that discrimination against transgender students amounts to sex discrimination would be one of the first things to go. Students who came out during the Obama administration were feeling protected and that somebody in Washington had their interests at heart. In this environment of hatred and name-calling of any marginalized community, I think members of the LGBT community are the most vulnerable.”

Going forward, Lemay appealed to the audience outside the LGBTQ community to advocate for action. Communities of faith, she said, are pivotal in forming coalitions around legislative solutions. Both Bailar and Lemay encouraged LGBTQ supporters to include words such as transgender and gay in everyday discourse. “Words matter,” said Bailar. Lemay also implored the audience to take action by buying books that talk about transgender lives and donating them to schools.

Jewish tradition has explicitly addressed issues of gender. As Klein pointed out in her introduction: “In Jewish tradition conversations about gender beyond the male/female binary appear in our ancient texts. The rabbis of the Talmud debate how six different genders should be treated. It may not be a manifesto of transgender liberation, but the rabbis did recognize the reality of people’s lives.”